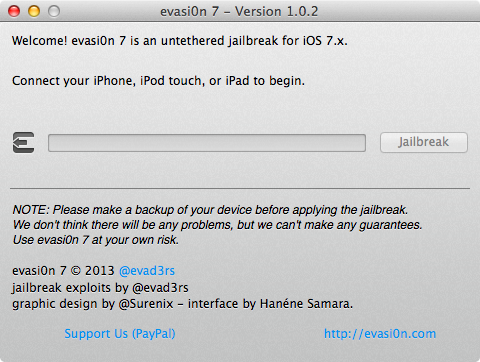 Evasi0n 7 1.0.2 has just been released for OS X and Windows with a fix for the Wi-Fi reboot loop that’s plagued iPad 2 Wi-Fi users. The release, which is the third release of the jailbreak tool, is available for download right now.

Many iPad 2 Wi-Fi users have complained about the endless reboot loop at the Apple logo that results after using Evasi0n 7 to jailbreak their device. The problem gained notoriety on Twitter and on the JailbreakQA website.

Although I’ve not personally experienced the reboot loop issue (I don’t own an iPad 2), I know that many have complained to me about the problem on Twitter, in the comments, and elsewhere. If you’re one of those unfortunate enough to have dealt with the issue, please let us know how the fix works after giving it a try.