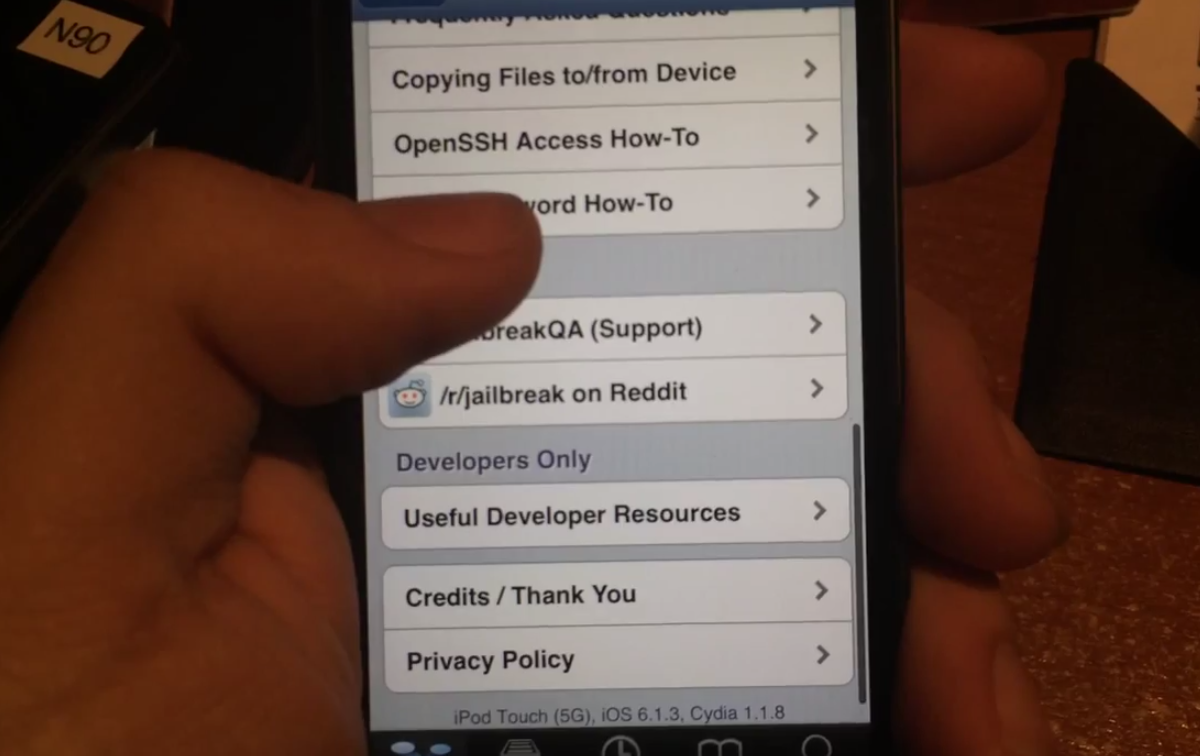 The move puts an end to the radio silence we’ve been experiencing since early October, when winocm gave a definite ETA for the iOS 6.1.x jailbreak as ‘before 2014.’ But don’t get your hopes up. It still doesn’t look like it’s going to be released publicly anytime soon…

And the accompanying text:

While this is probably not what a lot of folks wanted to hear, it’s definitely for the best. Releasing this jailbreak to the public right now would expose some currently usable vulnerabilities to Apple, thus burning any chance of the evad3rs using them for the iOS 7 jailbreak.

Speaking of the iOS 7 jailbreak, there has been a rumor floating around that the evad3rs had some work stolen from them by someone and sold to a private third party. But team member pod2g has denied the claim, and said that work on iOS 7 is moving along, slowly.

So the name of the game right now is patience folks. Just sit tight, and we’ll be sure to let you know as soon as more information becomes available. Keep in mind that the evasi0n jailbreak didn’t come out until February of this year—5 months after iOS 6 was released.