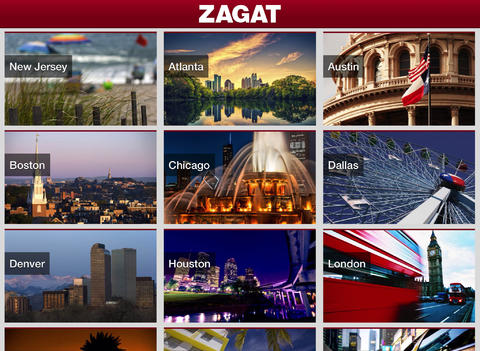 In today’s free Zagat update, Google has added Charleston, South Carolina and Nashville, Tennessee, bringing the total markets covered to 42. Another major new feature: ratings and reviews for hotels and shopping establishments in each city…

Check out the iPad UI. 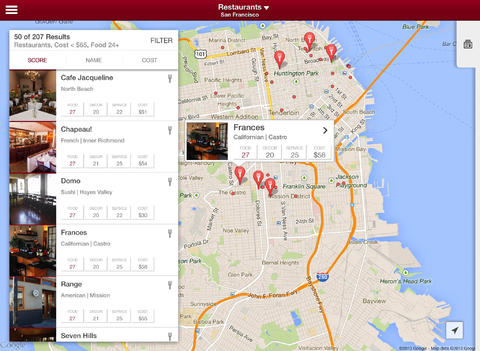 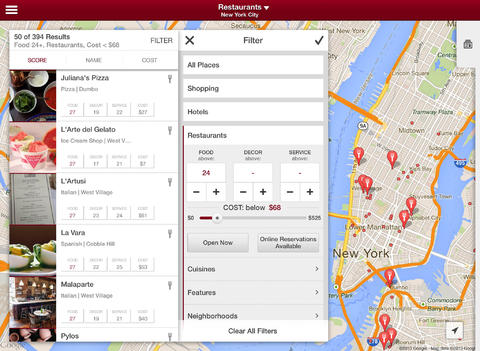 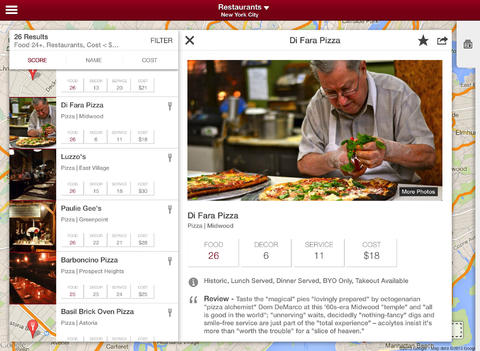 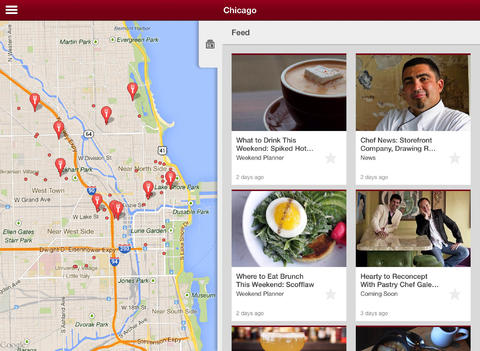 This edition of Zagat is available free on iOS and Android devices.

Established by Tim and Nina Zagat in 1979 as a way to survey friends and correlate their succinct ratings of restaurants, Zagat has grown to become one of the top restaurant guides on the web.

Google acquired Zagat in September 2011 and has since folded restaurant recommendations into its many mobile apps and services, including Maps and Search. In addition, the Internet giant revamped the Zagat website while making it available free (previously, Zagat required a fee to access detailed data).

Zagat is available free in the App Store.

The app is now universal so enjoy your native experience on any iOS form-factor device that supports iOS 6 or later.