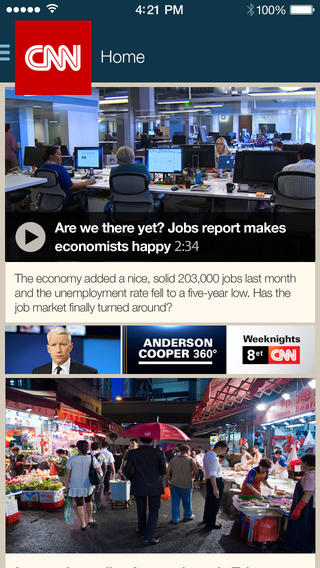 One of the first premium news apps for the iPhone worth checking out came from CNN, “the biggest name in news”. The 24/7 news organization released the CNN for iPhone app on the App Store in September 2009.

I immediately fell in love with its sleekness, responsiveness and overall branding. In fact, it was Godsent because CNN’s mobile website was very pedestrian at the time (and still is!)

But that was before Flipboard and a host of other fine apps came along vastly improving on the rather clunky news-reading iOS experience.

The iPad edition followed in October 2010. Soon after, both versions went permanently free as CNN had realized that folks were reluctant to shell 99 cents for the privilege of following the Time Warner-owned network’s software on their iPhone, iPod touch and iPad devices.

And how does CNN’s latest iPhone and iPad update feel like on iOS 7? How about giving the screenies below a quick look?

Pictured top of post: the new CNN for iPhone experience.

Right below: the iPad interface. 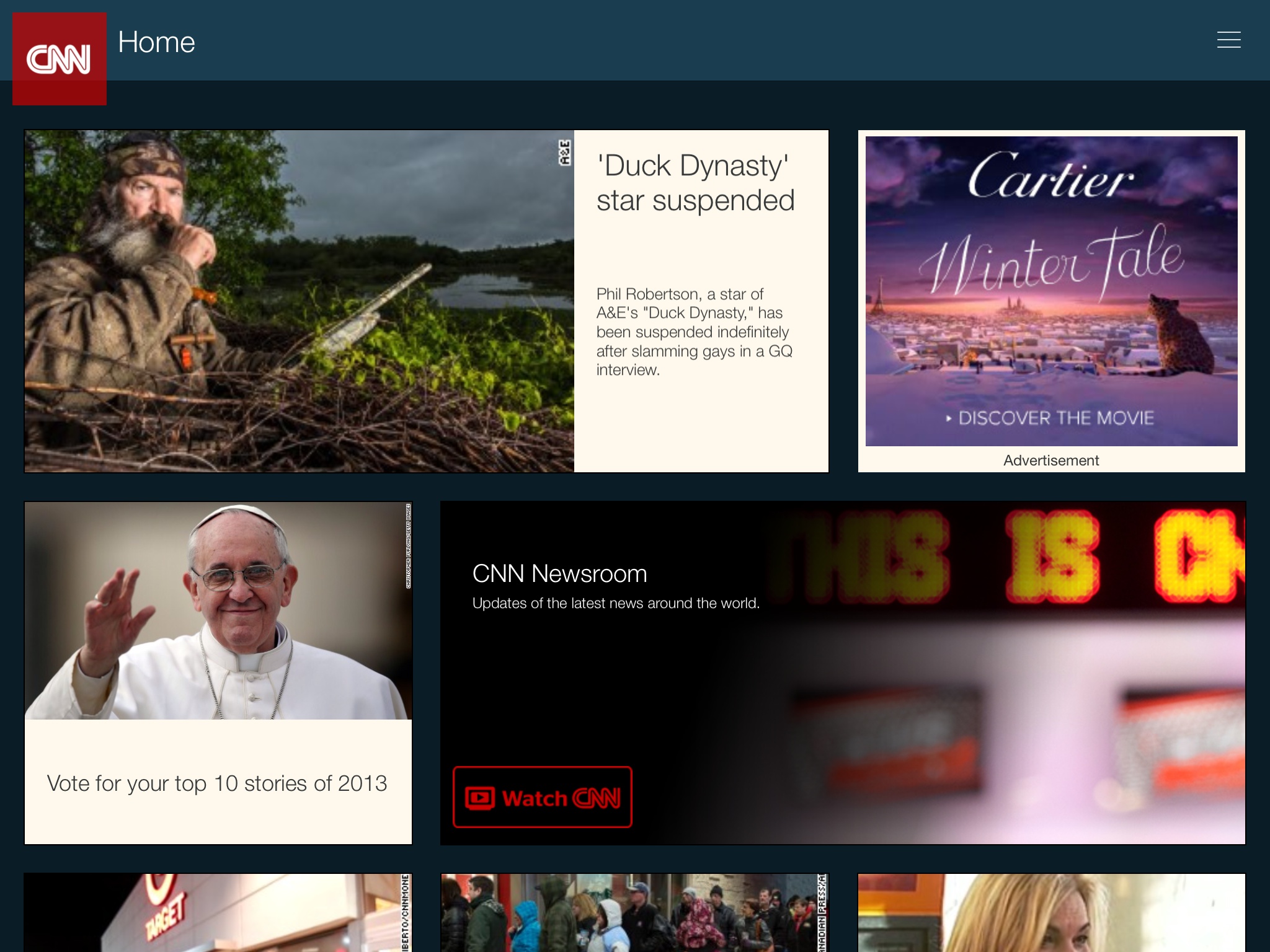 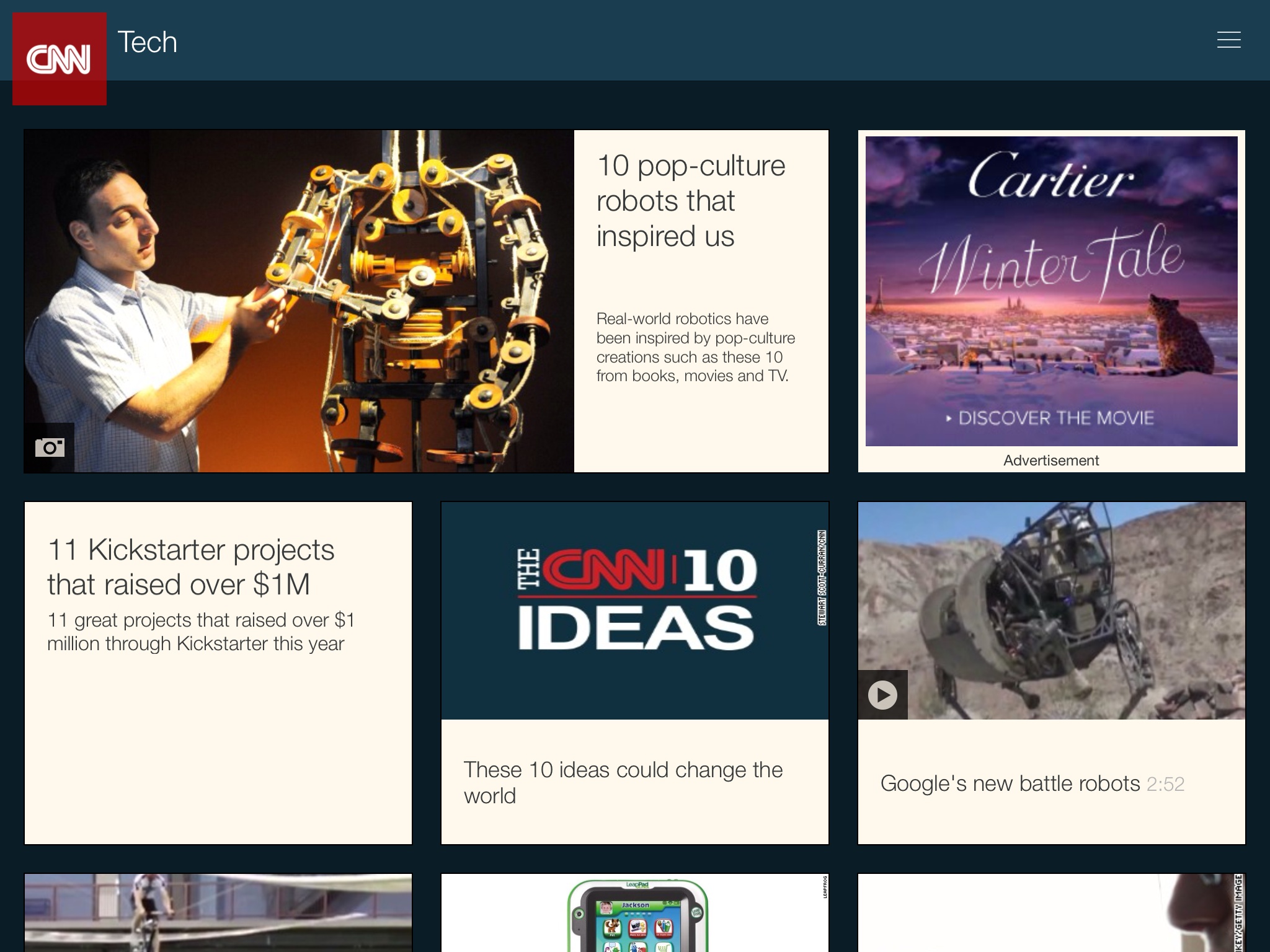 Check out the article view below.

Notice how the app honors my Dynamic Type device setting to adjust itself to my preferred font size, as set in iOS Settings > General > Text Size.

Odd design choice: the side-panel navigation button is located in the upper-right, yet the sections get listed in the lefthand menu. 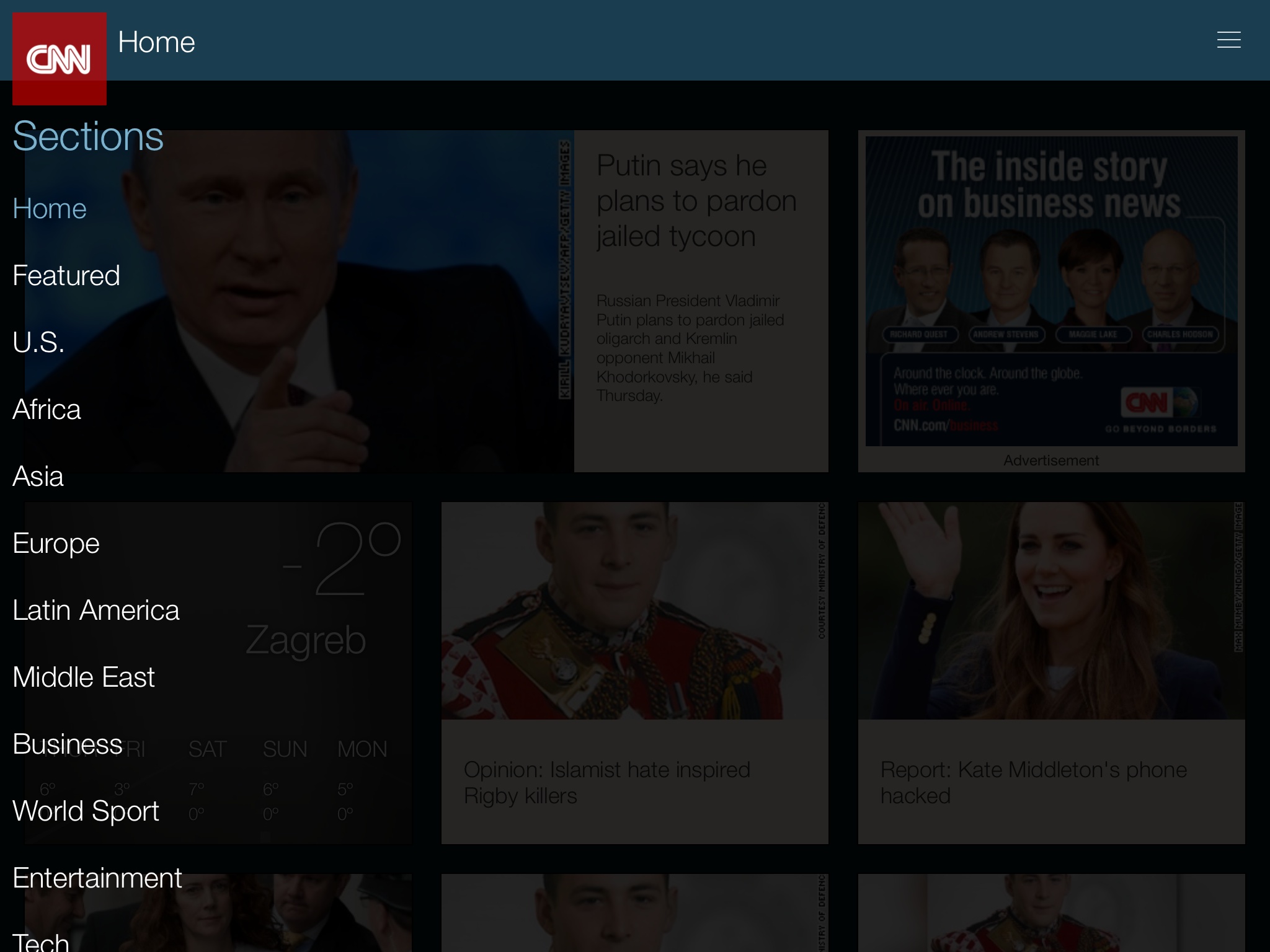 No new features in settings. 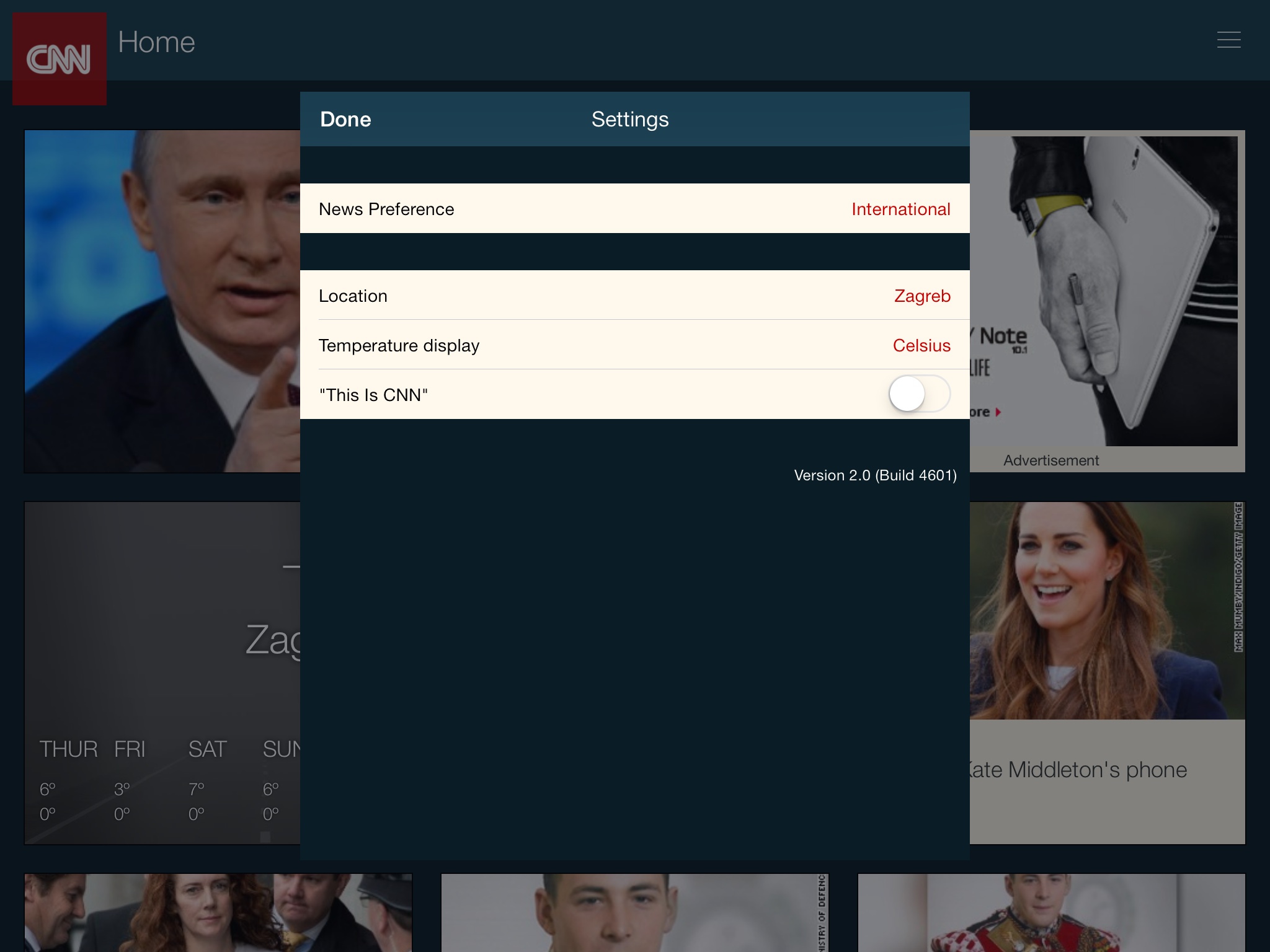 They also have a new Home screen icon.

Grab CNN 2.0 for the iPhone free from the App Store.

The iPad edition, also free, is a separate download.

Both builds require iOS 6 or later.