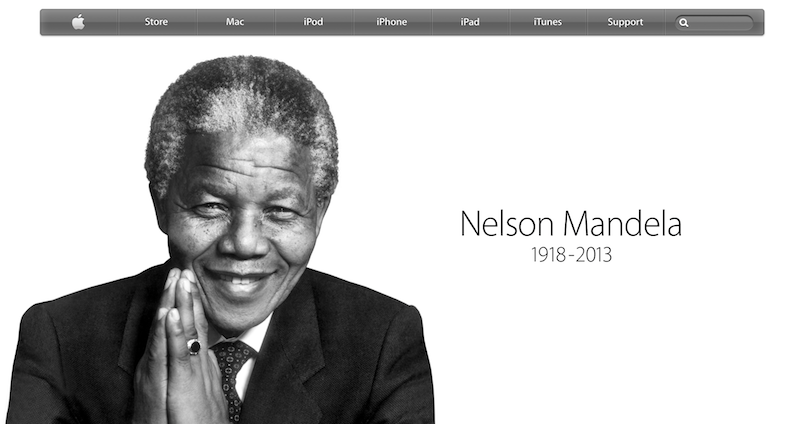 Apple has updated the homepage of its website this evening to pay tribute to Nelson Mandela. The late South African president and anti-apartheid revolutionary died on Thursday at the age of 95.

As it did following the passing of Steve Jobs and a handful of other figures, Apple has removed all product placements on the landing page and replaced them with a large portrait photo of Mandela…

Amazing human being. Champion of freedom and human dignity. He set an example for all of the world. RIP Nelson Mandela. We miss you already.
— Tim Cook (@tim_cook) December 6, 2013

Nelson Mandela passed away this week after battling numerous health issues in recent years. He had been receiving intensive medical care at home for a lung infection after spending three months in hospital.