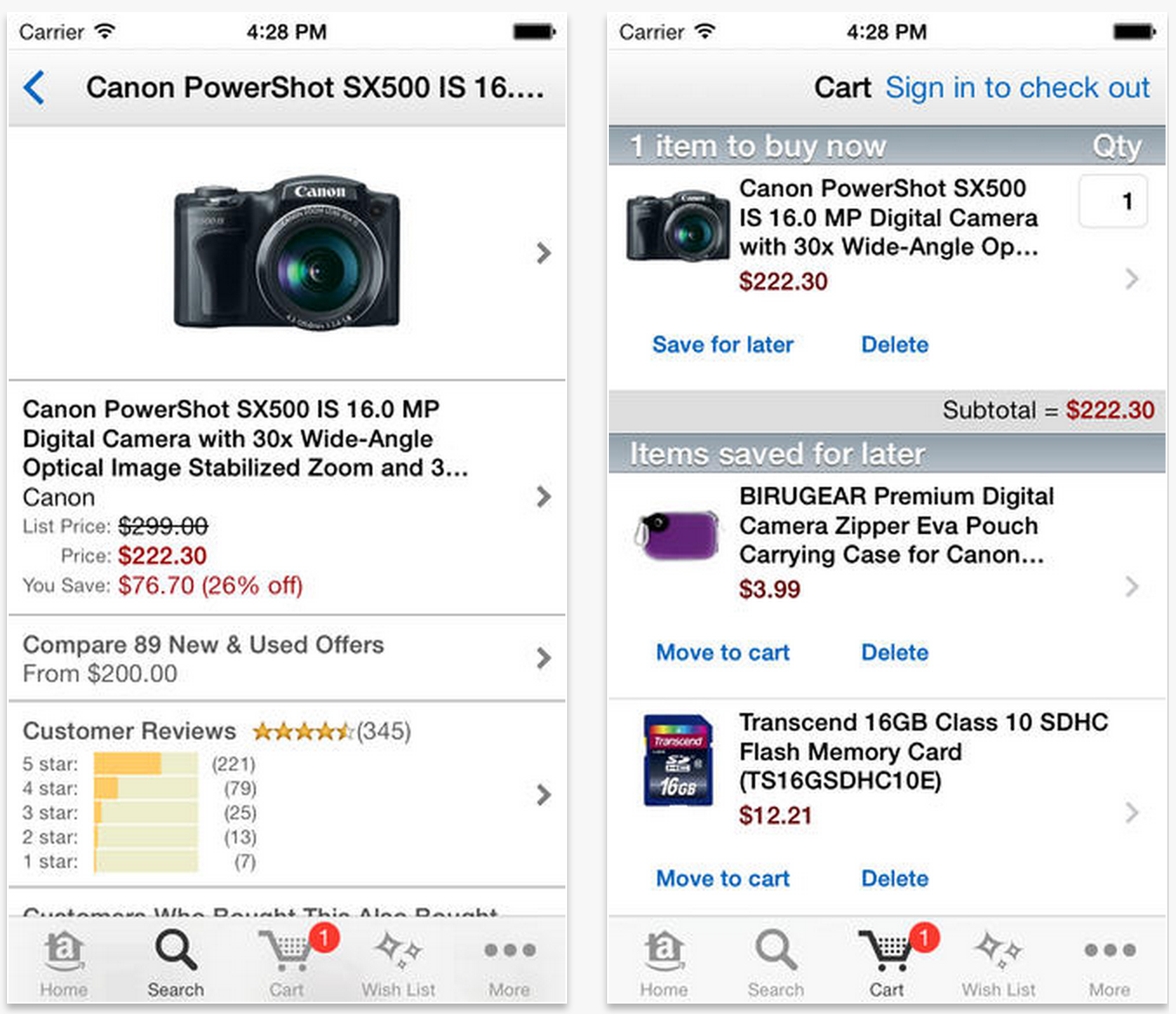 Just in time for the holidays, Amazon has redesigned its iPhone and iPad app for iOS 7. The update comes a week before Black Friday—the beginning of the biggest shopping weekend of the year for most retailers.

The app gives users virtually full access to the ecommerce giant’s staggering selection of products, which ranges from electronics to clothes, and everything in between. And now it looks right at home on iOS 7 devices… 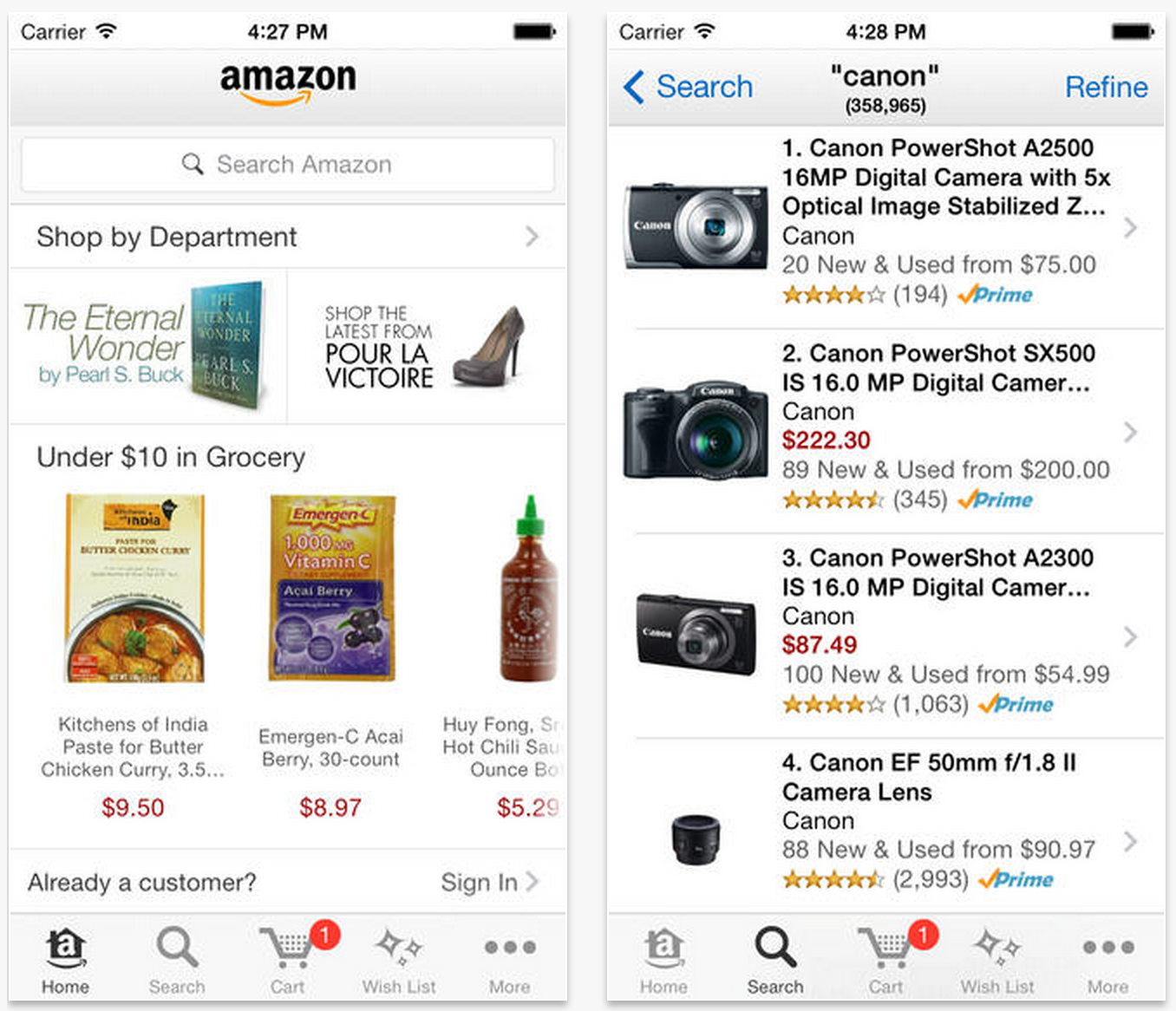 I love the new look of the app, and find it easier to browse and locate things. But I also like the design of iOS 7. For those who don’t like the new “white space” design trend, you’re probably not going to like this either.

Amazon also mentions that bug fixes are included in today’s update, so unless you absolutely hate the new look, it’s probably worth upgrading. You can find the latest version of the Amazon App in the App Store for free.