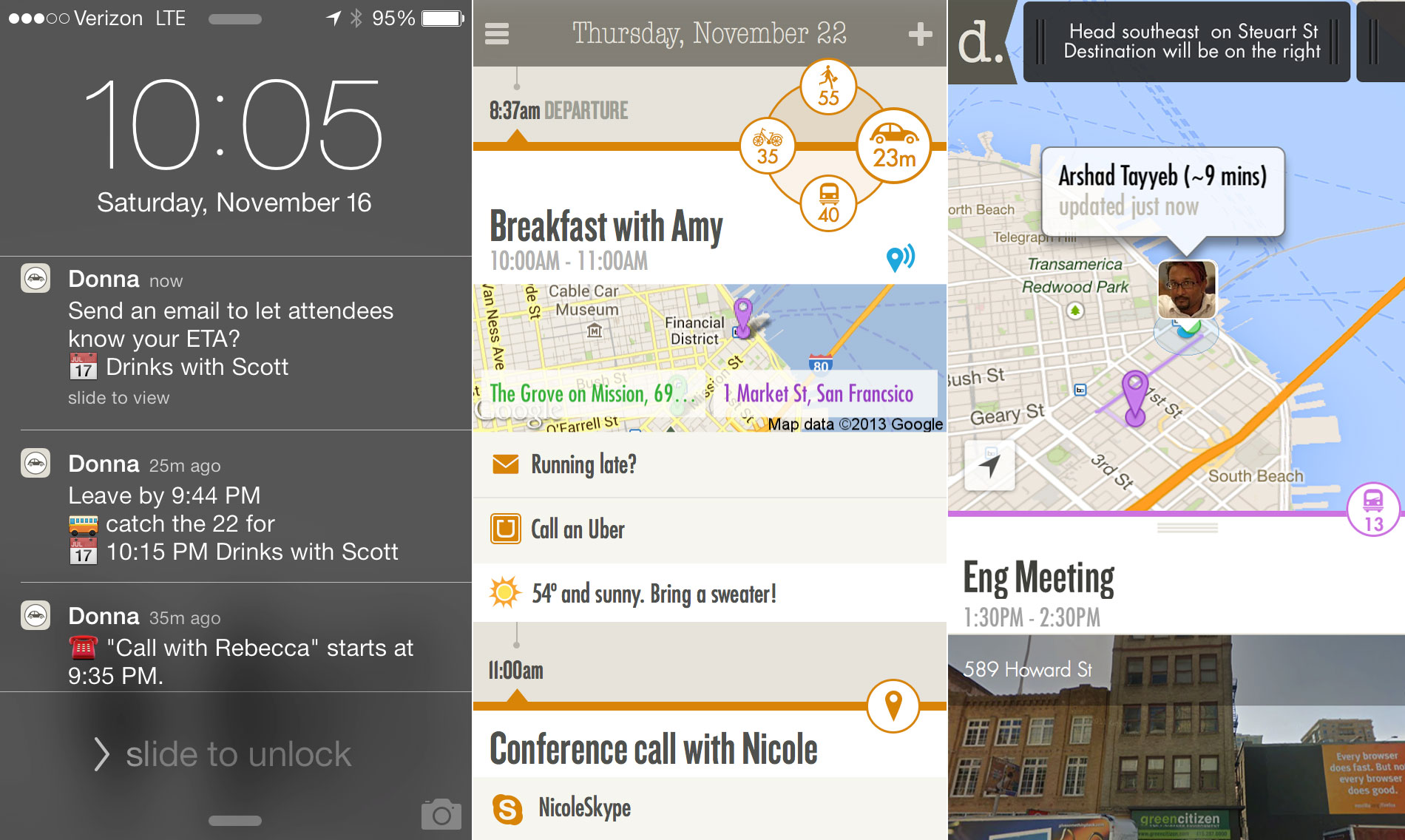 Remember Donna, a third-party personal assistant for the iPhone by San Francisco-based Incredible Labs? Cody explained in June how the program takes advantage of such features as Smart Notifications, Anticipatory Calendar and GPS directions to manage your day efficiently to make sure you’re never late again.

Incredible Labs today pushed version 2.0, Donna’s second major update since launch. As you could image, it brings a host of visual changes in line with the iOS 7 design principles.

But more importantly, version 2.0 takes Donna’s prediction engine to the next level by prompting you when you need to leave for your appointment based on your location and ensuring that meeting participants are notified in a timely manner in case you’re running late after all…

Now, whenever you need to leave for your upcoming appointment, Donna will analyze traffic conditions and parking situation to suggest how to get there – be it in-app, via alerts or by giving you a phone call. She also analyzes your frequent locations like your work place to make even smarter location-based suggestions.

Speaking of phone calls, the new version now makes it possible to tap on the Lock screen alert to immediately dial in through popular VoIP platforms such as Skype, GoToMeeting or WebEx. Previously, you had to unlock the device, fire up the app and manually tap on a conference call number.

According to The Next Web, improvements to location and calendar  background retrieval are part of the update as well, courtesy of the iOS 7 Background App Refresh feature.

If you haven’t given Donna a whirl yet, I wholeheartedly recommend installing the software and giving it a thorough try. Granted, it’s no Siri killer, but never was pitches as such to begin with. What it focuses on – appointments, schedules and coordinating meeting times – Donna does really, really well.

It’s interesting that Incredible Labs is backed by high-profile investors, including Ashton Kutcher. For those wondering, developers named her after Donna Moss, the assistant from the popular television show The West Wing.

Donna is a free download from the App Store.

And yes, the new version still works on iOS 6 devices!