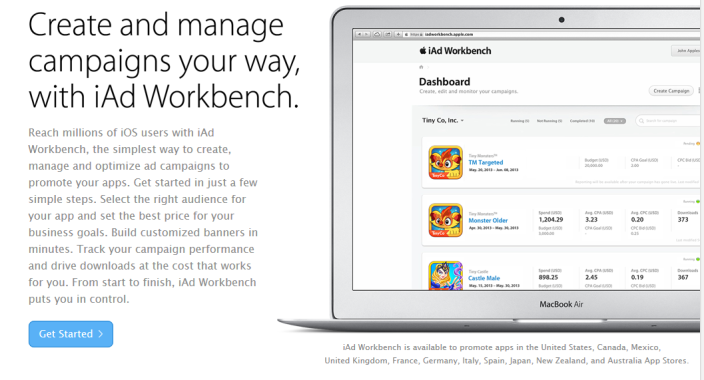 In June of this year, Apple introduced a new tool called iAd Workbench that made it easier for developers to create, manage and optimize ad campaigns to promote their apps. They also lowered the spend requirement to $50.

Last night, the company began rolling out the tool to a number of new countries, giving thousands of new developers access to it. It’s now available in the U.S., Canada, Mexico, the UK, France, Germany, Italy, Spain, and more…

As aforementioned, mini campaigns start at just $50, meaning even beginner developers can take advantage of the service. iAd Workbench can target iDevice owners based on their age, gender, device model, and favorite apps.

After a rocky start, Apple has really been beefing up its iAd service over the past several months. And the added efforts have helped the company attract a number of high-profile partners, including McDonalds, Nissan and Pepsi.