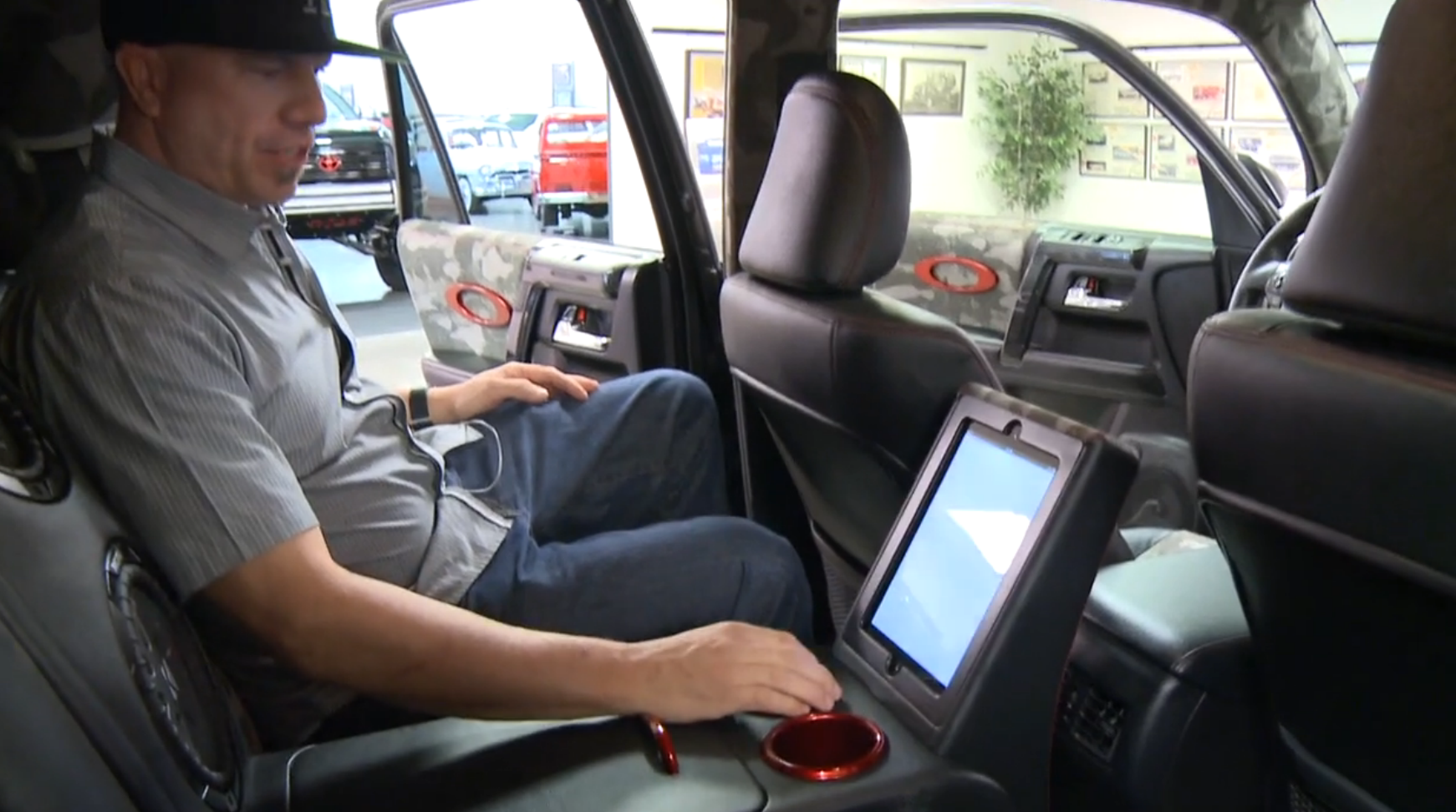 Apple likes to tout the fact that people are using iPads in a wide variety of professions and situations. From doctors to film-makers, musicians to photographers, it seems like everyone is finding a use for the popular tablet.

And that includes car enthusiasts. A tricked-out Toyota 4Runner from Herbst Smith Fabrication made some noise at the SEMA trade show in Las Vegas this week for its unique iPad-controlled electronics and stereo system…
USAToday reports:

“The Oakley 4Runner has a camouflage-patterned vehicle wrap, LED lights and a rugged, metal roof rack designed to electronically lower and open to store two sets of skis at the press of an iPad button. The doors, music, windows and other interior features are controlled by three separate Apple iPads. To make sure the ordinary can range into the ridiculous, the ski-oriented vehicle also has a coffeemaker, a dryer for each ski glove and boot and a mountable grill in the cargo area.”

Perhaps the coolest thing about the vehicle, though, is the built-in ski storage unit located on the roof. With a simple push of a button, the ski rack extends out from the unit, and then lowers, making it easier to reach your skis.

Here’s a video of the 4Runner in action (sorry it’s in Flash);

To be fair, this isn’t the first time we’ve seen an iOS device used in a custom vehicle install, and with the launch of Apple’s iOS in the Car initiative, it probably won’t be the last. Still, we have to admit this iPad-run SUV is pretty cool.