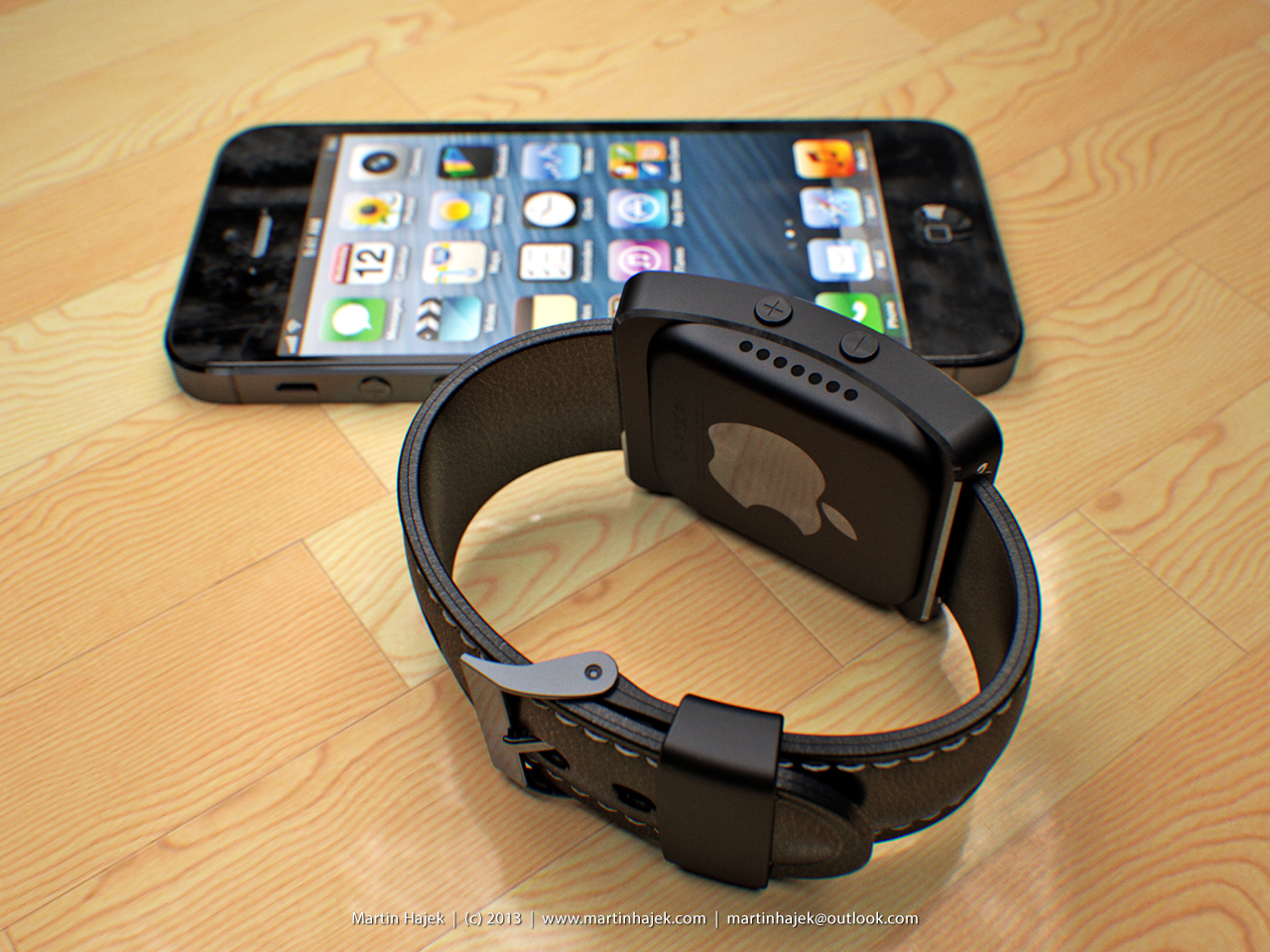 The United States Patent & Trademark Office (USPTO) on Thursday published an interesting Apple patent that has iWatch written all over it. The filing titled ‘Network access using short-range connectability’ describes a low-power wireless hotspot functionality via Bluetooth 4.0 that basically provides network connectivity akin to the iOS Wi-Fi hotspot feature, but without draining the battery as much.

By relying on the Bluetooth 4.0 low-energy protocol, also known as Bluetooth LE or Bluetooth Smart, such a wireless hotspot is a fit for a device like the rumored Apple smartwatch, which must be super power-efficient. Another benefit of using the Bluetooth LE-enabled hotspot is that your iPhone can instantly wake up the host device…

The patent abstract explains a zero-configuration networking method of establishing a connection with a remote network by way of connecting a primary device (like a smartwatch) to another device which has a built-in radio transceiver, like your iPhone or cellular iPad. As a result, the primary device doesn’t need to have a built-in radio receiver at all. 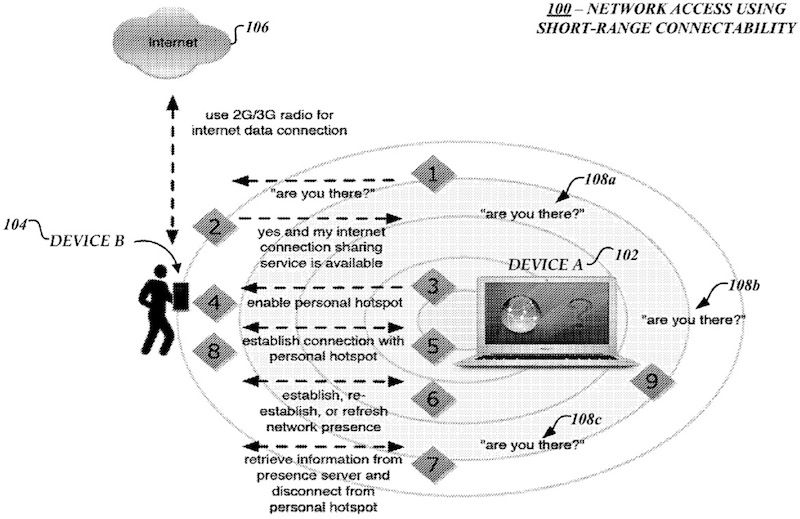 When the two are paired over Bluetooth LE, the primary device maintains network connectivity through the second device while staying in a low-power state. Coincidentally or not, Apple started adopting Bluetooth 4.0 with the October 2011 release of the iPhone 4s so all iOS devices now feature low-power Bluetooth technology.

The second device could advertise its capabilities to nearby Bluetooth LE devices:

The patent application was filed in March 2013 and is credited to Apple engineersDaniel Borges, Michael Jason Giles and Michael Larson. 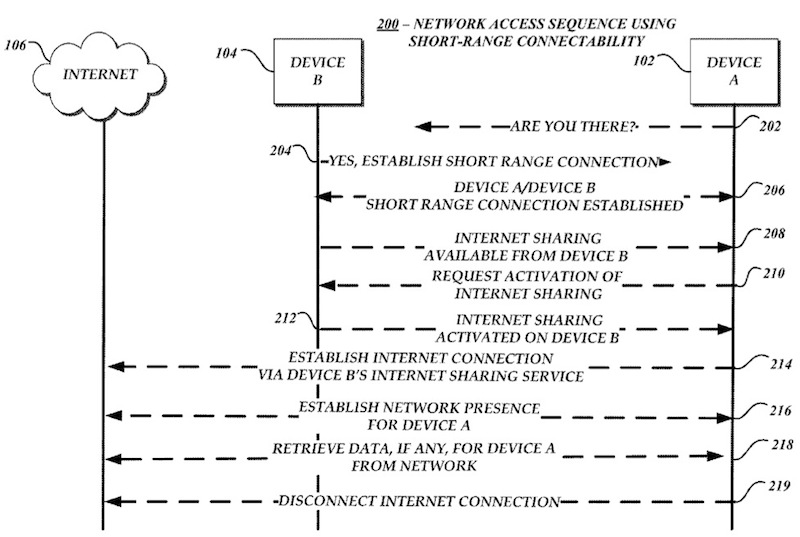 I’m just scatter shooting here, but an iPhone could also supply your GPS location to iWatch via Bluetooth LE connectivity. Apple’s filing doesn’t specifically mention the iWatch, but it doesn’t take a genius to figure it all out.

Compared to ordinary Bluetooth, Bluetooth LE enables considerably reduced power consumption while maintaining a similar communication range, as depicted in the table below (via Wikipedia). 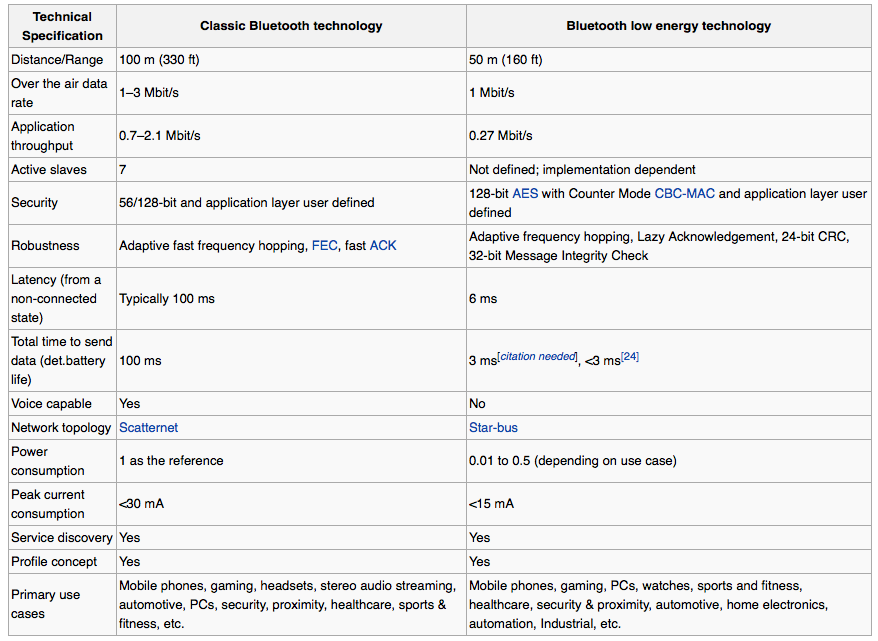 As you can see, wireless data transfer rates using Bluetooth LE don’t compare to those established via Wi-Fi hotspots or the Wi-Fi Direct protocol used by the iOS 7 AirDrop wireless sharing feature.

But that’s beyond the point because a small form-factor device like a smart wristwatch won’t need to stream high-definition entertainment anyway. Moreover, low-power network connectivity should be Godsent for iWatch’s built-in fitness and life sensors, especially should the gizmo rely on the M7 motion coprocessor to collect data from these sensors .

All an iWatch really needs is a reliable short-range, power-sipping intermittent Internet connection via your iPhone’s cellular radios or Wi-Fi in order to relay notifications, access email and news, transfer small bits of data between fitness apps (think your motion history, for example), sync iCloud data – perhaps even access the iWatch App Store – and perform other low-bandwidth operations.