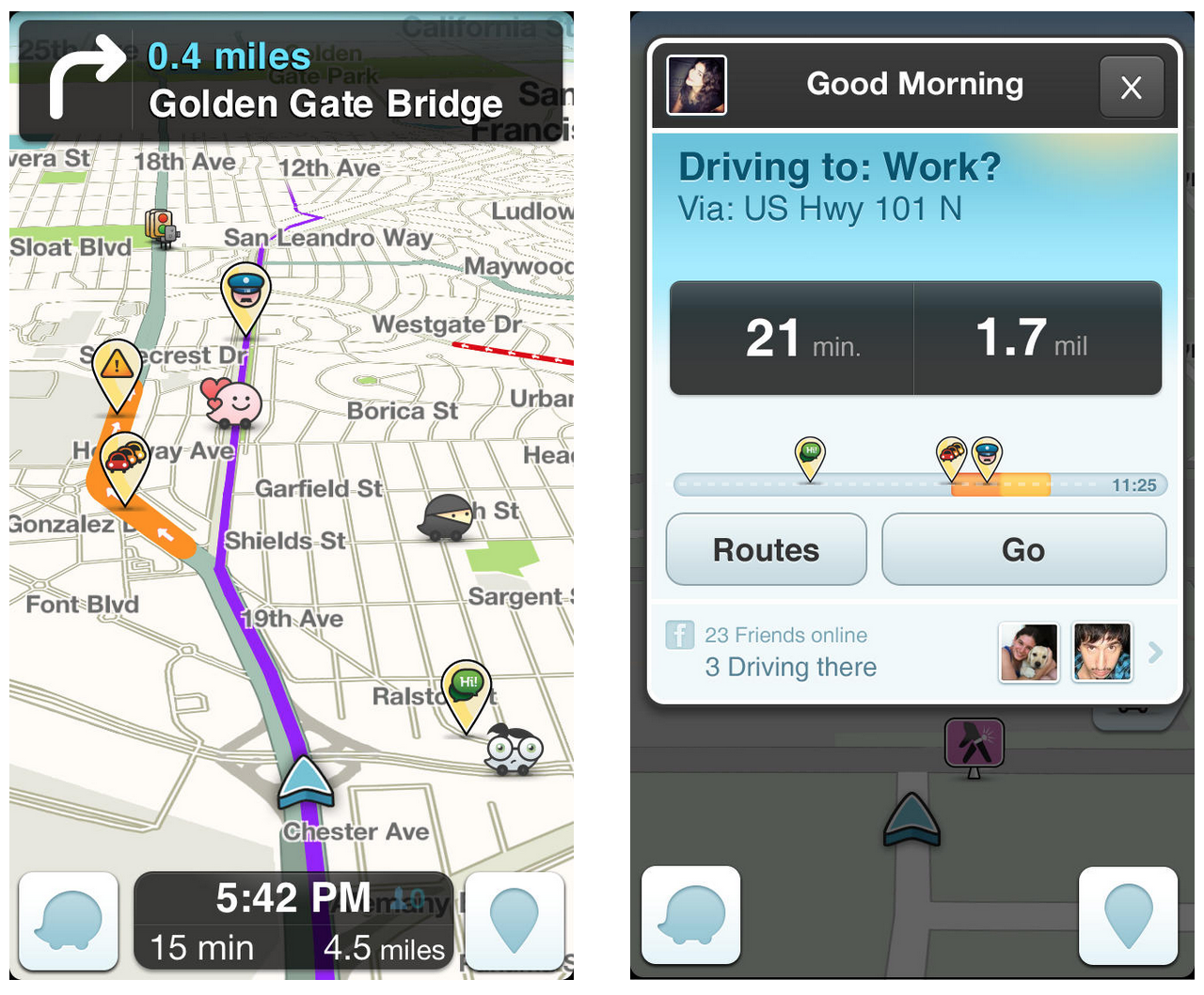 After months of speculation, Google bought popular social mapping startup Waze in June of this year. And following the purchase, Google’s VP of Geo said the company was looking forward to bringing its search capabilities to the app.

Today, it has made good on that promise. An update just posted for the Waze iPhone and iPad app, which brings it to version to 3.7.6, that includes a handy new voice-based search option for addresses and places in over 40 languages…

While I haven’t used Waze enough to notice any big differences between this version and its predecessor, I was able to test out the new voice search feature. It’s quick and accurate—everything you’ve come to expect from Google voice tech.

I’m still not sold on the app itself though. The interface looks good enough, but it’s really busy—as it needs to be to offer access to all of its features. But if you’re a current user, or just interested, you’ll definitely want to grab today’s update.

You can find Waze in the App Store, for free.