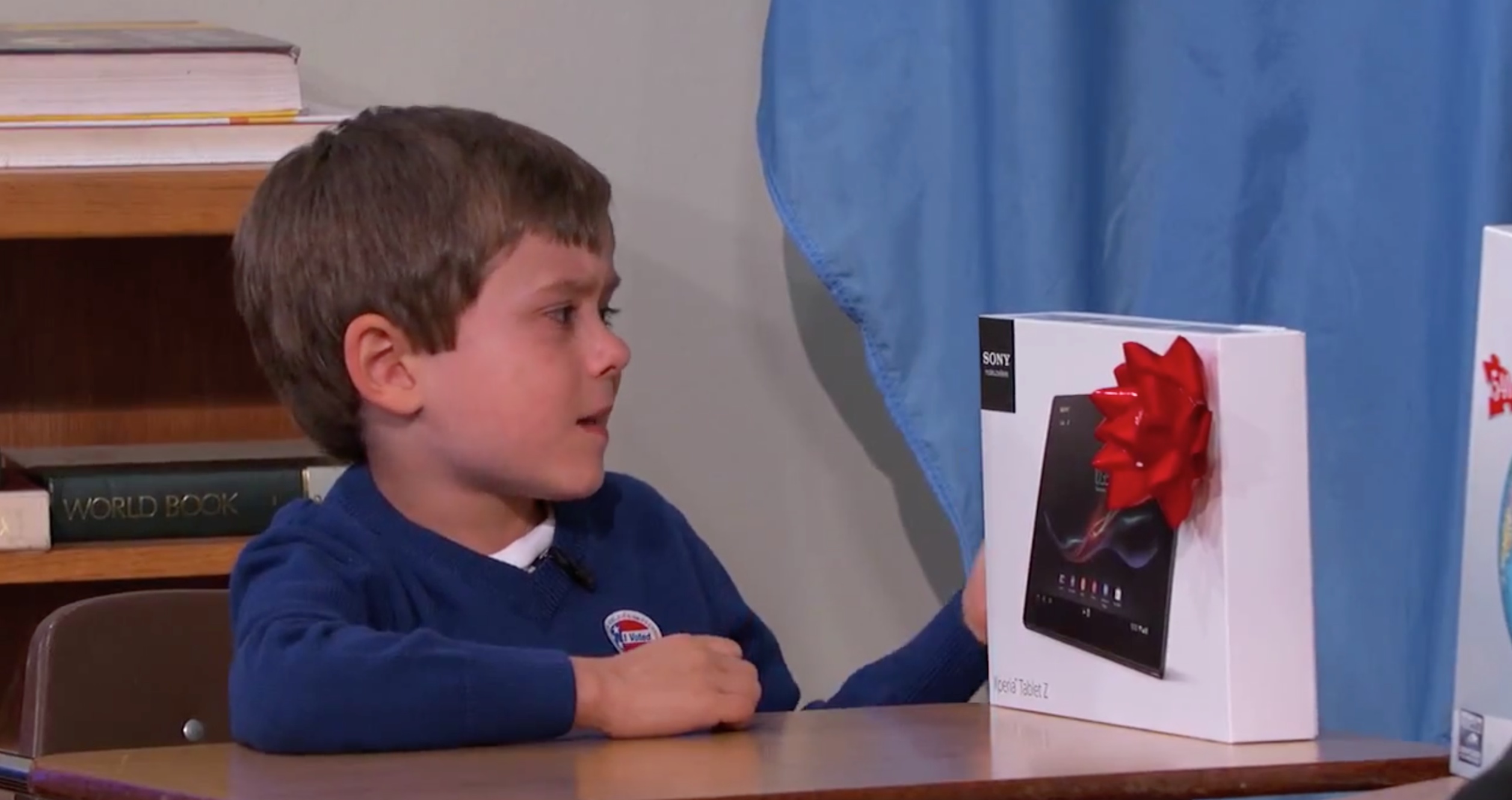 This is gold. Arden Hayes, a famous Trivia expert from southern California, may not be your typical example of an Apple buyer because he doesn’t have income coming in.

And who could blame him: Arden is just a five-year-old who previously appeared on Jimmy Kimmel Live!.

There, the youngster has demonstrated his amazing knowledge of U.S. presidents, earning himself a nickname of the ‘little genius’.

In another Jimmy Kimmel appearance, Hayes flatly refuses to take a free Sony Xperia tablet because “we’re just planning to get an iPad for Christmas”.

Apple sure knows how to get them while they’re young, doesn’t it?

Your video is right after the jump…

Here, check this out.

Wise beyond his years, no?

For those unfamiliar with Arden, the kid can list all 44 U.S. presidents from memory, recite Lincoln’s Gettysburg Address and just outright amaze with a barrage of various stats and trivia concerning the American presidents.

As for the iPad, some grown-ups could learn a lot from Arden.

Over at Fortune, writer JP Mangalindan in a desperate linkbait asks whether the iPad Air is “necessary.”

I guess Mangalindan didn’t get the memo that consumers have long voted with their wallet on that one. Besides, his write-up suspiciously borrows cues from the funny clip (see above) from the crazy Taiwanese animation shop, Next Media Animation.