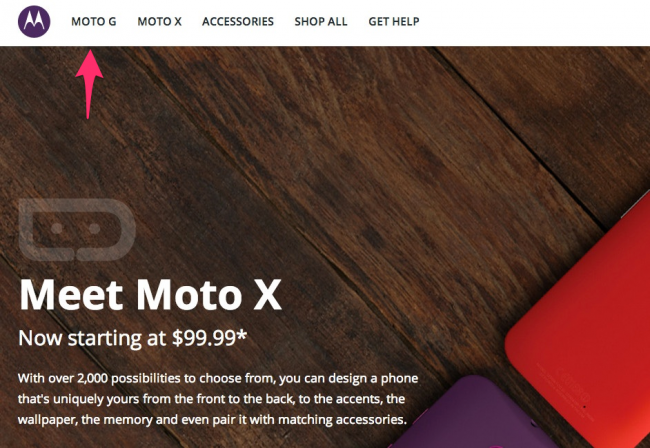 Google-owned Motorola’s Moto X smartphone with always-on Google Now functionality launched on August 1, but has failed to gain much traction as pundits deemed its $200 on-contract asking price a lot to pay for what is basically mid-range hardware.

It’s also considerably disadvantaged price-wise compared to Google’s just-released Nexus 5 with Android 4.4 KitKat, which retails for $349 unlocked. However, Motorola’s been rumored to be working on a low cost Moto X variant called Moto G from the onset.

Indeed, today the company issued press invites for a media event on Wednesday, November 13. According to a teaser on Motorola’s web page, the low-cost Moto X will be in fact marketed under the Moto G moniker…

Moto G should be what analysts thought Apple’s iPhone 5c would become: a low-cost, affordable mid-tier handset for the masses and emerging markets. The budget Moto smartphone is rumored to include a 1.2GHz quad-core Snapdragon processor, a five-megapixel camera and eight gigabytes of onboard storage. 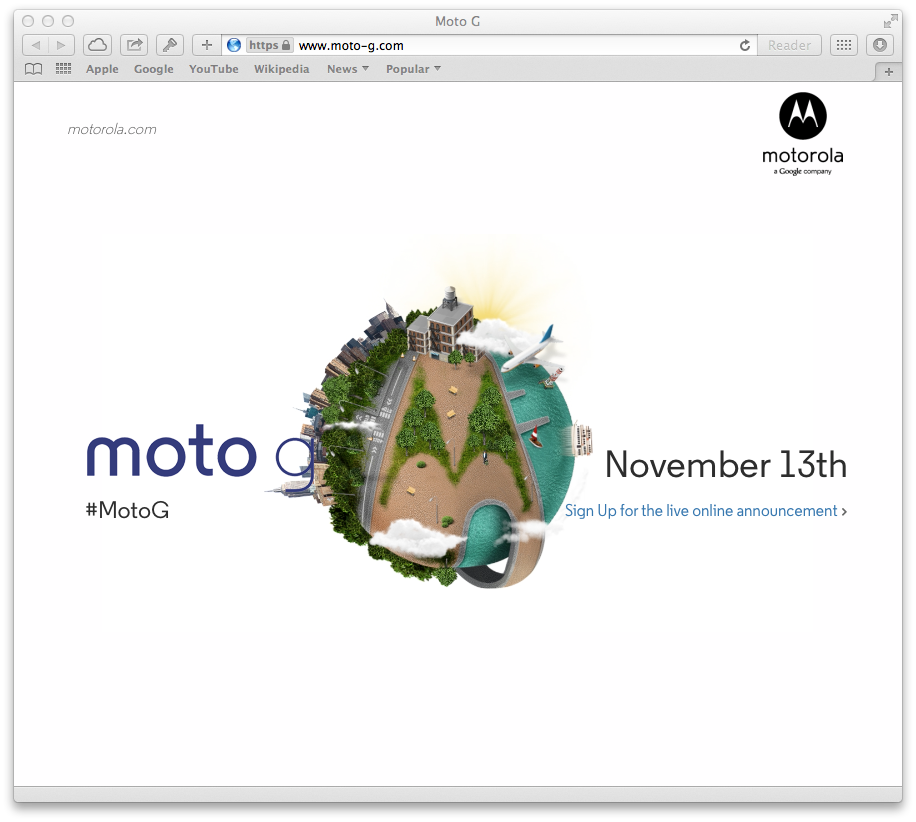 Perhaps surprisingly, the Moto G will run Android 4.3 Jelly Bean rather than a newer Android 4.4 KitKat build which Google optimized to support low-cost hardware in a bid to fight the fragmentation problem.

The Moto G-branded device previously surfaced in trademark applications and DroidLife spotted the Moto G menu item which had briefly appeared on the Moto X site.

Moreover, 9to5Google has heard that Motorola is working on some cool stuff, including a set “smart headphones”.