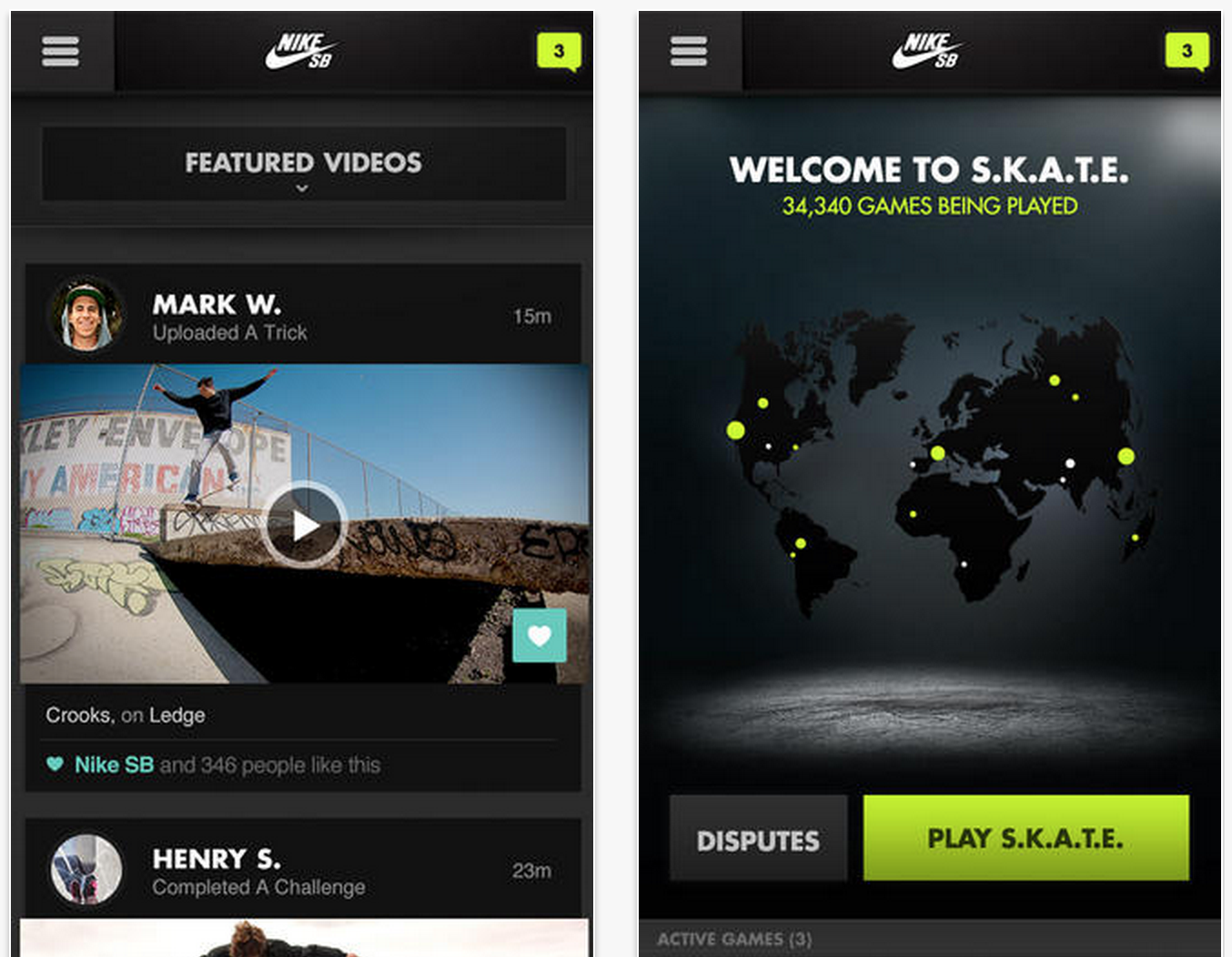 Nike has launched a new iOS app this week called ‘Nike SB.’ The SB stands for skateboard, and the app offers up a number of features for those who love the sport including an interactive trick guide, the ability to share tips and tricks, and more.

The app also allows users to play one another in S.K.A.T.E., an offshoot of H-O-R-S-E, which pits two players against each other in a trick shootout. When a player fails to replicate a trick, they’re given a letter. And the first to spell “SKATE” loses…

Learn tricks, play games of S.K.A.T.E., take part in challenges with skaters around the planet, and chart your personal skate progress with the Nike SB App.

– Game of S.K.A.T.E.: Connect with skaters anywhere around the globe to play a game of S.K.A.T.E. through the app.
– Challenges: Step up to new challenges issued by Nike SB and our pro team to help you keep progressing. Share your footage and have the chance to get noticed by a worldwide audience.
– Trick Tree: Lose yourself in skateboarding’s endless creative process with our extensive Trick Tree, further inspiring you to learn and expand your skills. Learn straight from the pros with never-been-done filming and playback techniques before helping expand the Trick Tree with your own footage.
– Badges: Earn special and limited badges for skating hard, meeting challenges, progressing and taking part in special events.
– My Progress: Use the Nike SB App to track your own evolution as you build your personal profile.
– Need help? Get support at nikesbapp.com/support

I’m not a skateboarder myself—I tried when I was younger and could barely go forward, let alone do tricks—but I can imagine this being a lot of fun for those who are. The Trick Tree in particular looks cool, as you can use it to expand on your skills.

And the best part is, it doesn’t appear to be a gimmick. The app currently has a 4.5 rating on over 100 App Store reviews, and launching the app shows over 30,000 S.K.A.T.E. games being played. To download Nike SB for your iPhone, click here. It’s free.