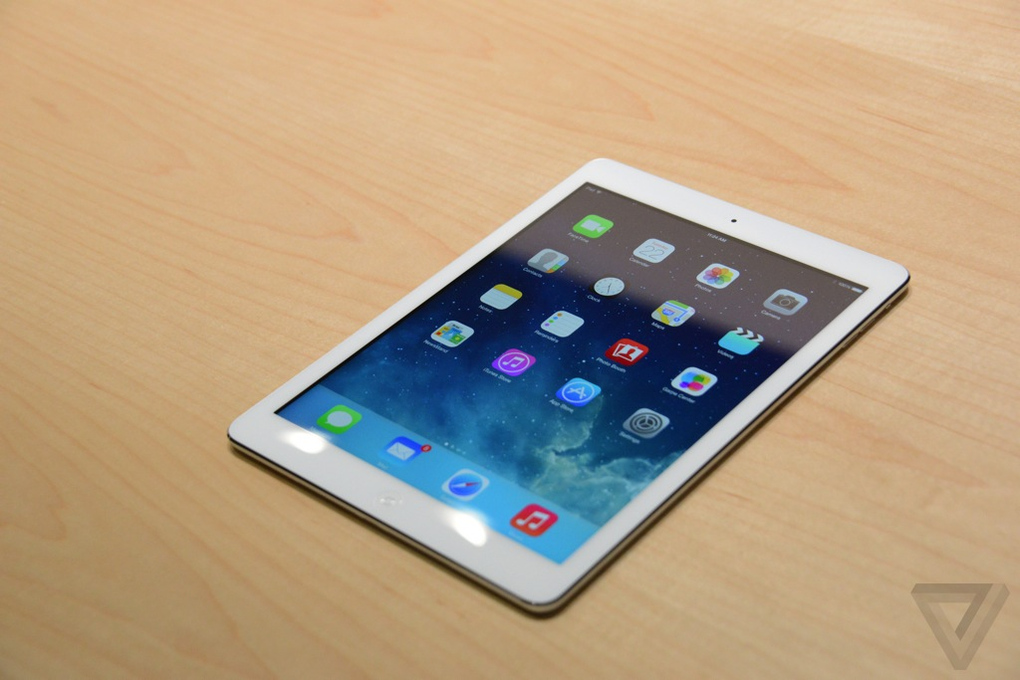 Apple introduced two new tablets this morning at a media event in San Francisco: the iPad Air and the iPad mini with Retina display. Both tablets got performance boosts thanks to the A7 64-bit processor, among other changes.

After the event, attending journalists were given the chance to go hands-on with the new devices. And for those of you who still don’t know what to make of the two new iPads, we’ve collected some of their initial impressions of them…

“Long story short: it looks and feels like a larger (but not that much larger) iPad mini, and that’s mostly a really good thing. It’s really beautiful, with cleaner bezels, a much thinner profile, and sharper, boxier edges.

…Even despite a couple of surprising omissions, like a TouchID fingerprint sensor, this device deserves a new name: it feels completely different than the full-sized iPad once did. Apple’s clearly trying to turn the iPad Air into a full-size device you’re willing to take outside your home, and based on our first impressions we’d happily throw one in our backpacks today.”

“Unfortunately there’s no Touch ID embedded into the home button, but we can see ourselves holding the iPad Air for longer periods since the 1-pound weight is almost a third reduction on the old model.

That might make a difference for a lot of people. One of the iPad mini’s key appeal elements was how much smaller and lighter it was than the full-sized iPad, even if it didn’t have a Retina display (which of course Apple has addressed now); the iPad Air will claw back some of that market of switchers, arguably.”

“The most important thing about Apple’s iPad Air is the fact that it is now a one-handed device. Previous generations of the full-size 9.7″ iPad could not be held in a single hand for long periods of extended periodical reading or web browsing.

This new version fixes that by making it much, much lighter. It weighs in at just 1lb, which is .4lbs lighter than the iPad 4. In our hands-on tests this difference in weight was marked, and made for a hugely different experience.”

And here are a few hands-on clips: 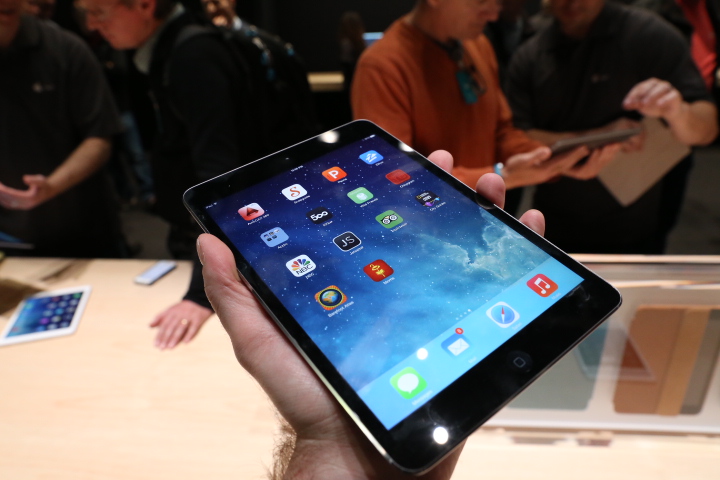 “But, there is one glaring exception: the 2048 x 1536 Retina display, which amounts to 324 ppi. Compared to the original iPad mini that came out last year, this is a rather significant bump in pixel density, and we came away much more impressed with the mini as a result.”

“The new tablet feels exactly like the first generation iPad Mini. This is a good thing since the first Mini has a near perfect feel. However, while it feels great, it’s all about that screen. And given the Mini’s smaller 7.9-inch size, looks even sharper than the full-size iPad Air.”

“The eye-boggling 2048 x 1536 screen looks excellent in person, and for anyone coming from a generation one device it’s going to be a dramatic change. The iPad mini itself is very slightly thicker and heavier than its predecessor to accommodate the Retina Display with the same battery life, adding 0.01 inches and 0.05 pounds to the specs of the original, but that makes minimal difference to the actual feel of the product in the hand.”

The consensus seems to be that the iPad Air is now small enough and light enough that it may change the minds of some who were set on the Retina mini. And the new mini is exactly the same as the old one, but faster with a better screen.

I was surprised that so many folks were disappointed by the lack of Touch ID in the two tablets, though. For one, the part is in extremely low supply, and two, until there are multi-user profiles in iOS, I just don’t see a major selling point.

That being said, I think these are both significant updates for Apple’s iPad line, and it’s going to be hard picking which one to get. For more information on the tablets’ specs, click here, or for pricing and availability info, click here.