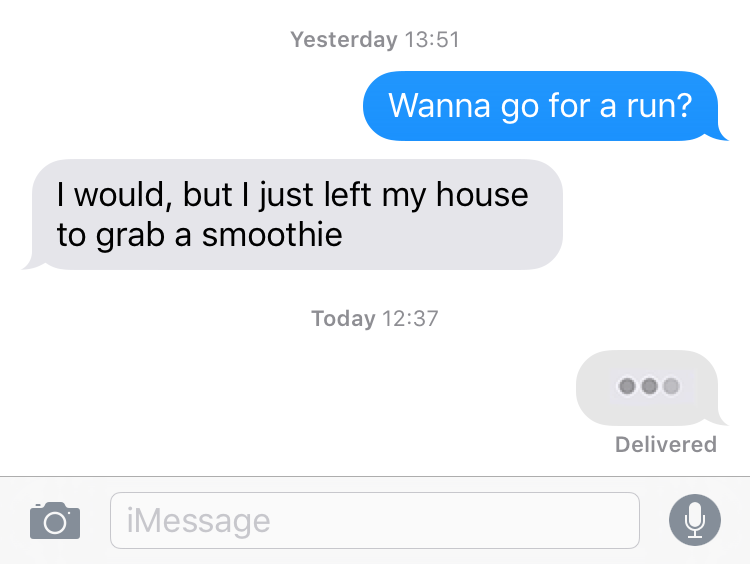 Earlier this week, Jeff played a really good prank on me. As I received a message from him, I opened up the Messages application and couldn’t see anything but a typing indicator. So I waited patiently for Jeff to finish typing, figuring that Messages were having yet some other issues, which could have explained why I received an alert, yet didn’t see any message.

Long story short, Jeff got me pretty good, and here is how you can get your friends too…

As you may have figured out by now, the prank consists in using an animated gif that mimics the typing indicator of iOS.

In order to replicate this prank, save the image below to your camera roll. To do so, tap and hold on the image and choose “Save Image.”

Next, you simply need to message the image to one of your friends. Obviously, you want to make sure your friend has an iOS device, or else it won’t be much of a prank.

This probably won’t qualify as a prank of the year, but it’s still funny nonetheless, isn’t it?