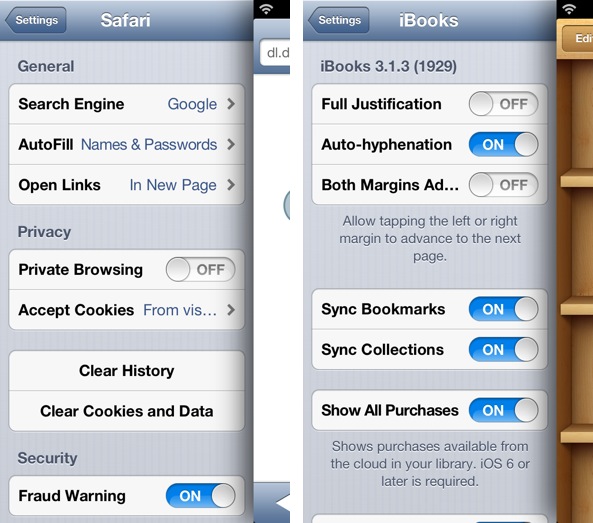 SideSettings is a recently released tweak that lets you open up the settings for any app as a sidebar. Instead of having to exit the app, go to the Settings app, and access the app’s preferences, SideSettings immediately takes you to the settings of whatever app you have open using a simple swipe gesture.

Of course, all apps don’t have preferences to configure. In cases such as these, SideSettings will open up the stock Settings app instead.

I really enjoy SideSettings based on its originality alone. It’s a must see tweak that you have to witness on video to appreciate its ingenuity. Have a look at our full video walkthrough inside.

SideSettings itself doesn’t contain a preference panel for configuration, as all setup is performed using Activator. The default gesture to invoke side settings is a two finger slide in gesture from the left, but that can be reassigned to use any Activator gesture of your choosing.

The premise behind SideSettings is awesome, but as you’ll see from the video, some of the animations are a little jarring and uneven. If the developer can clean up the tweak’s animations, then I’d be able to unequivocally recommend SideSettings. Even still, I recommend the tweak on the basis of its originality alone.

What do you think about SideSettings? If you want to try it out, you can download it for $1.99 on Cydia’s BigBoss repo. Be sure to share your comments down below.