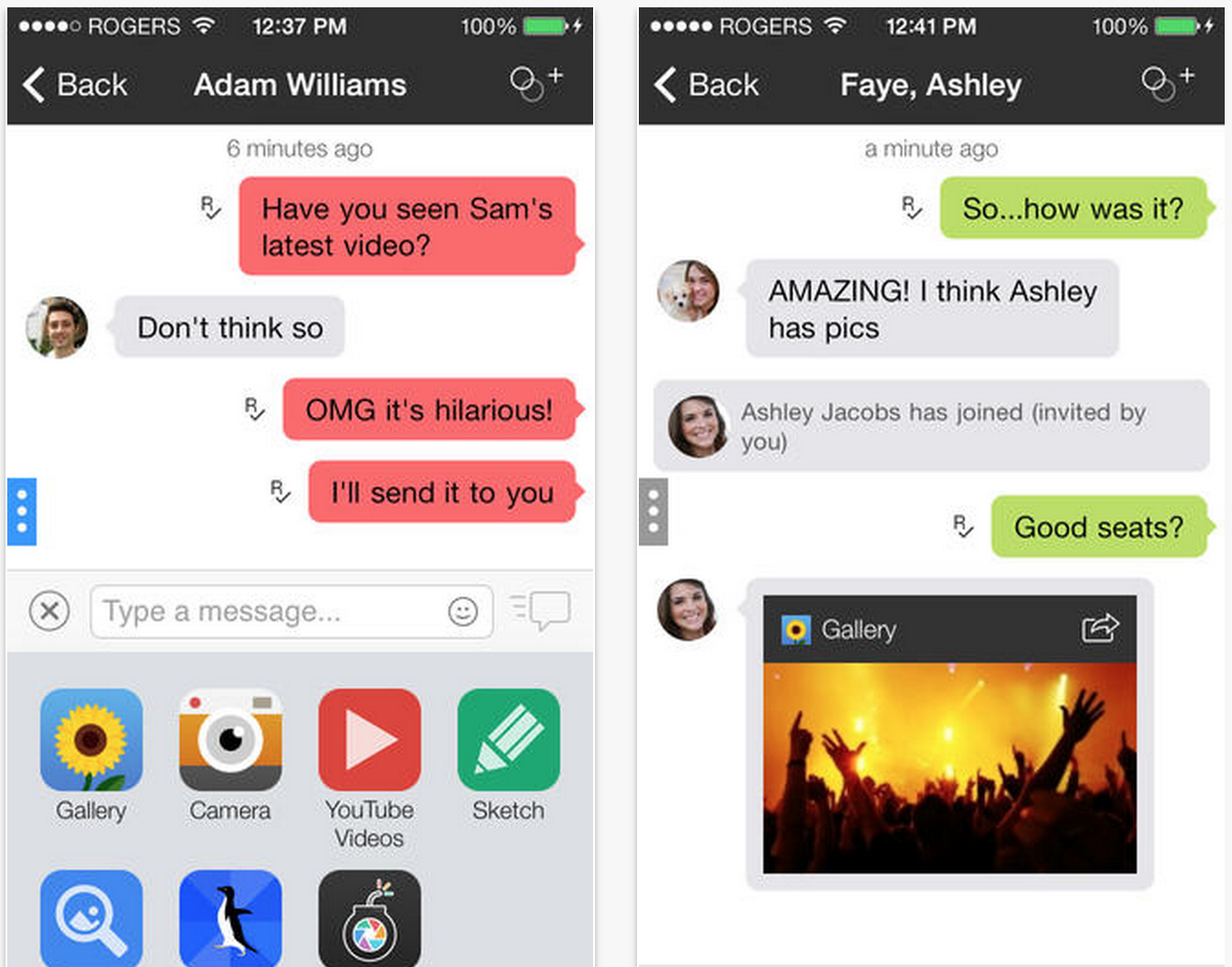 Adding to our growing list of iOS 7 updates, the Kik Messenger client for iPhone received a refresh last night, bringing it to version 6.7. The update brings the app’s design more in line with the all-new firmware.

Kik’s entire UI has been given the usual iOS 7 treatment, with fewer borders, flatter graphics and text, and empty white spaces. And the developers also gave it a new sticker package and stability improvements…

Unfortunately, it appears that iOS 7 hasn’t been too kind to Kik’s app community. In a blog post, the company notes that the update broke apps like AnyVideo and Fontself that allowed you to send stuff within Kik.

“With the release of iOS7, Apple introduced some big changes to the way apps communicate. One of the changes Apple made has limited the ability for mobile apps to share data with each other.

Why does this matter to you? Some of your favourite third-party apps relied on the ability to send data to our app, so that you could send videos, cool fonts, and more to your friends on Kik. Unfortunately, that means if you’re using iOS7, you won’t be able to continue using Apps That Kik, like AnyVideo and Fontself, to send stuff to your friends on our app.”

But the good news is, the Kik team says it’s working on implementing a lot of the features from ‘Apps that Kik’ into its Cards platform. Cards are like mini-apps that let you play games, watch videos, share photos, and more.

Kik is one of the most popular cross-platform messaging services in existence, with close to 100 million users. And if you happen to be one of those users, you’ll want to snag this update. Click here to grab it from the App Store.