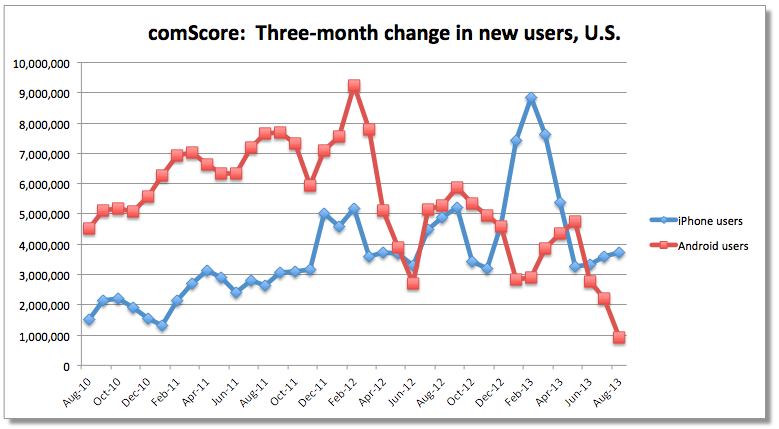 Breaking all of the preconceived notions about the cyclicality of the iPhone, a new survey shows Apple’s iOS gaining on Google’s Android and the embattled BlackBerry during a three-month period ended August 2013. The iPhone gained 1.3 percentage points ranking as the top smartphone vendor in the United States with a cool 40.7 percent share of the nation’s smartphone subscribers.

Although Google’s Android  led with a dominating 51.6 percent share, its slice of the smartphone platform market actually shrank by 0.8 percentage points. What’s really interesting about Apple’s growth is that iOS outsold Android without the new iPhones. The full breakdown is after the break… 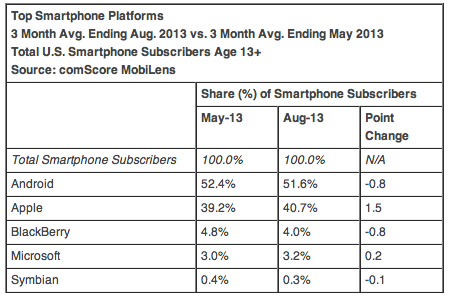 In terms of individual phone vendors Apple emerged victorious, its iPhone accounting for 40.7 percent of U.S. smartphone subscribers, up 1.5 percentage points from May. Even without the new iPhones, Apple zoomed past second-ranked Samsung which grabbed just 24.3 percent market share despite the launch of its flagship Galaxy S4 smartphone.

HTC  (7.4 percent), Motorola (6.9 percent) and LG (6.7 percent) rounded up the top five US phone vendors, though neither was able to grow its share compared to the three-month period ended May 2013. 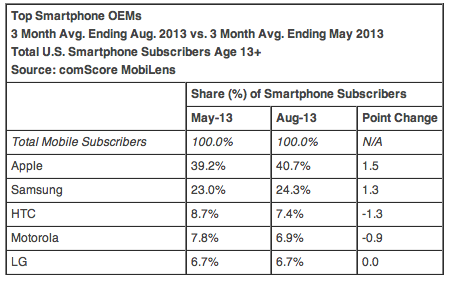 As noted by AppleInsider, that means iOS Maps in its first year on the market has managed to achieve “40 percent of Google’s total audience reach, despite only being available on iOS, which comScore says represents 40.7 percent of the U.S. market”.

Based on comScores figures, at least two thirds of iOS users are continuing to use Apple’s Maps, while half of all smartphone users are either not using Google Maps or not using maps at all. If a significant proportion of iOS users simply don’t use maps, that means Apple Maps has even greater penetration among those that do.

In any case, the data does not support the idea that a significantly large proportion of iOS users have switched from Apple Maps to a competing product. 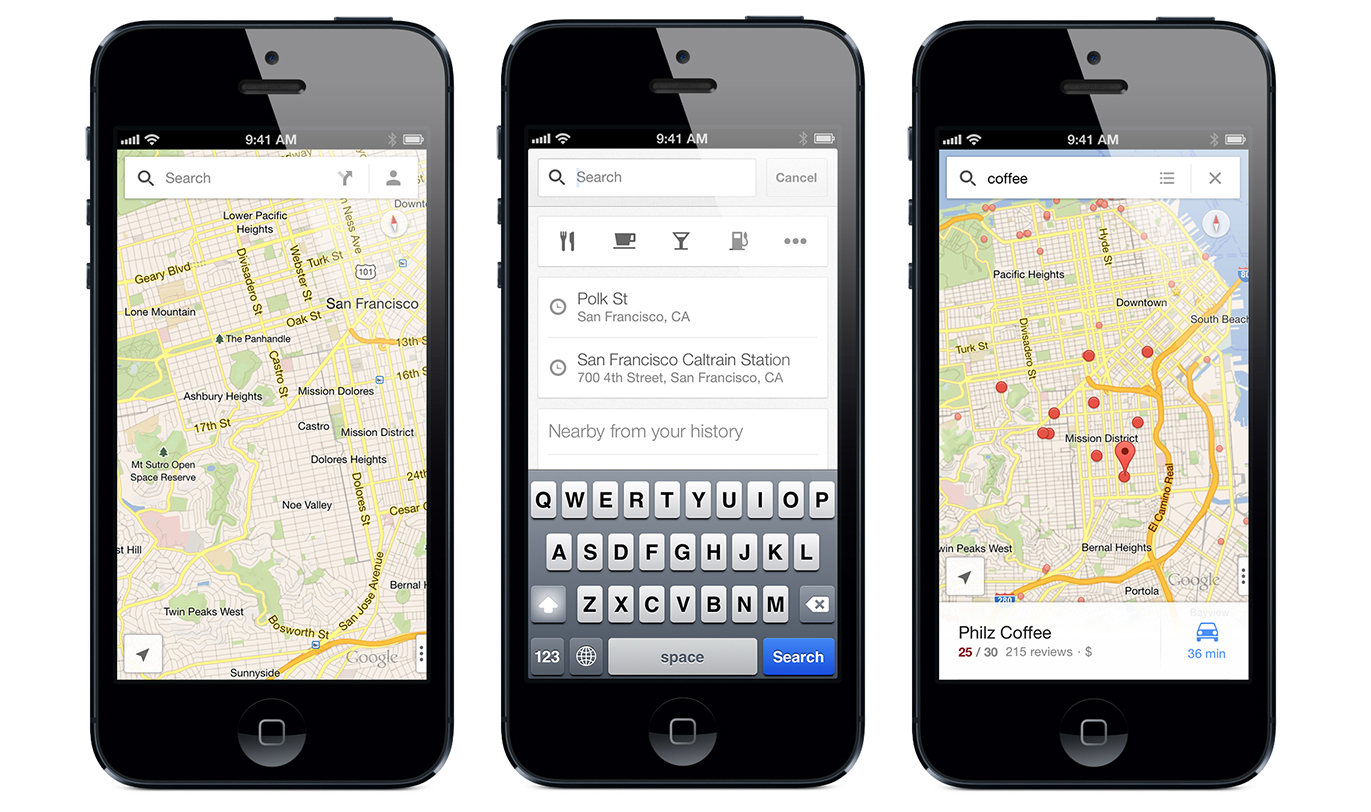 According to comScore, about 145 million people in the United States owned smartphones during the three months ending in August, a three-percent increase since May.

The figure represents a mobile market penetration of 60.8 percent.