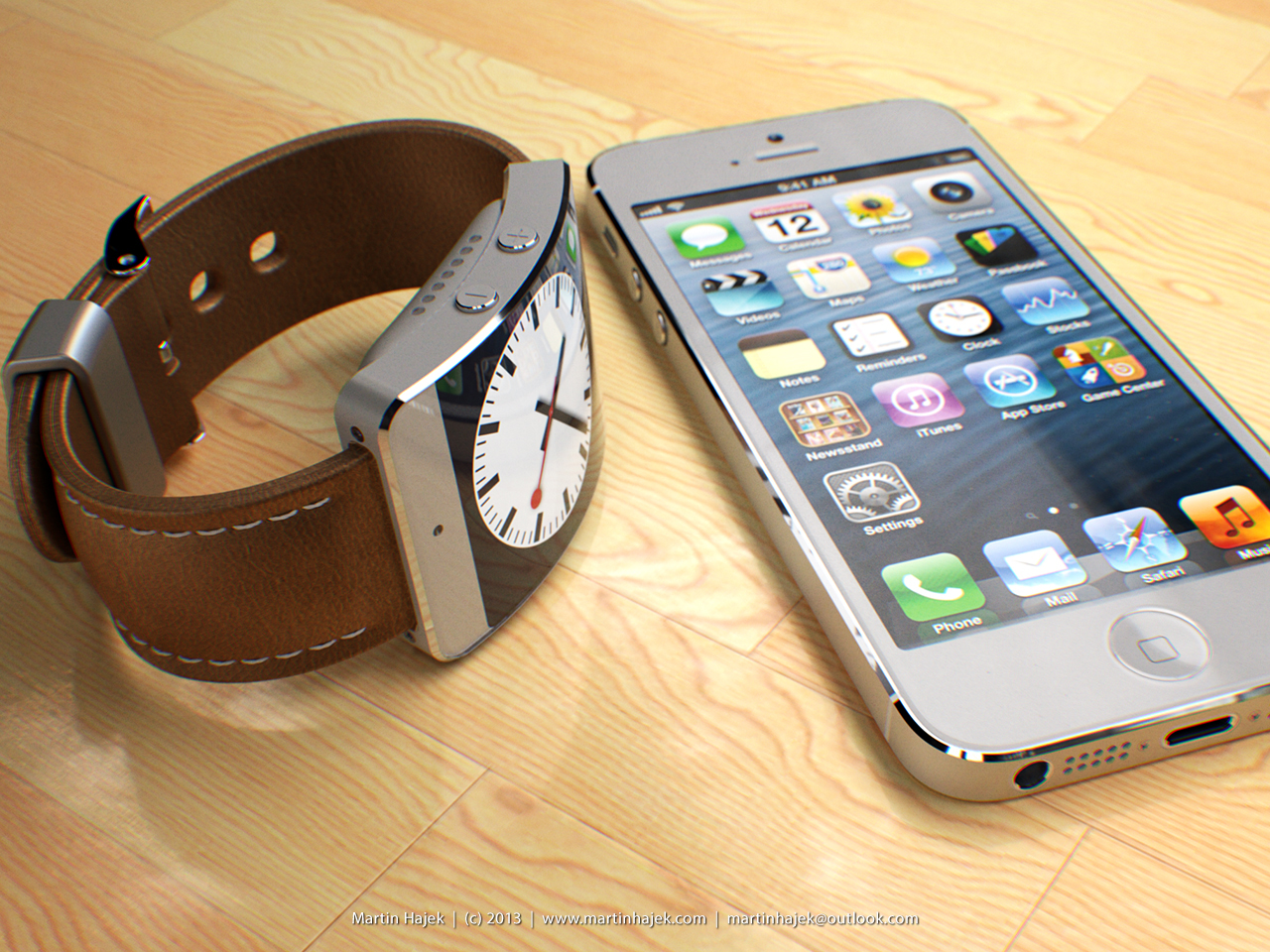 Despite there being no product nor confirmation from Apple that it will offer one, a high-profile Apple analyst is estimating the iPhone maker could sell between five and ten million iWatch units in the first year. According to Piper Jaffray Gene Munster’s survey of 799 U.S. consumers, some twelve percent of U.S. iPhone owners said they might pay $350 on Apple’s watch, if it materializes.

The survey follows Samsung’s attempt to beat Apple to the smartphone punch, introducing its $299 Galaxy Gear in advertisements. For Apple, the iWatch lives only in patents filed and registered trademarks. Munster, of the ‘Apple TV is just around the corner’ fame, follows another analyst who believes the iWatch could be an even bigger hit…

Although 88 percent of Munster’s survey of 799 U.S. iPhone owners (via Fortune) said they’d pass on the iWatch, that didn’t stop the analyst from doing some back-of-the-envelope profit projections and sharing his findings with investors.

While that sounds impressive, Munster believes the iWatch would not be “a likely needle-mover for Apple in terms of revenue in 2014.”

Earlier this year, Morgan Stanley analyst Katy Huberty also attempted to decipher how well an iWatch might sell. She based her estimate on the roughly half billion iTunes accounts, figuring that Apple could sell 50-150 million iWatches each year, or ten times Munster’s numbers. 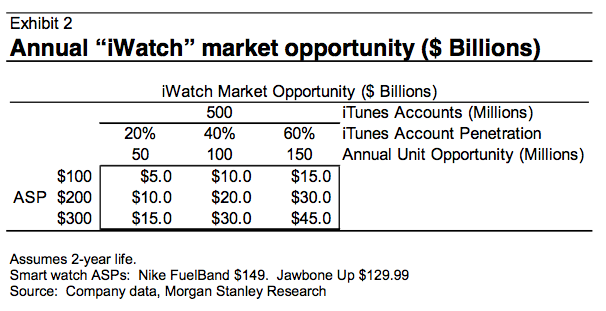 While component makers would love to see Apple produce another device and Wall Street observers would enjoy tracking yet another Apple line, so far there are only rumors and conjecture – a bit like the Apple TV talk that’s been floating around for years.

The connection is not lost on Munster, often criticized for his fascination with vaporware.

We put it [the iWatch] in a similar category as the television in that it could demonstrate Apple’s ability to innovate (good for the multiple) and potentially lead to a more meaningful new product category in wearable tech.

In the meantime, Samsung is banking on its first-mover advantage by aggressively pitching its $299 Galaxy Gear smartwatch, despite not so favorable reviews.