Folks in the market for a high capacity-model iPad will be happy to hear that Apple has begun offering refurbished versions of its 128GB tablet in its web store at a nice discount.

Over the weekend, the top-end storage model for the fourth-generation iPad popped up on the company’s website, in a variety of configurations, at up to $140 off their original prices…

At the time of this writing, Wi-Fi models in both black and white are available with estimated shipping times of 5-7 business days. There’s also a white AT&T model shipping in 5-7. 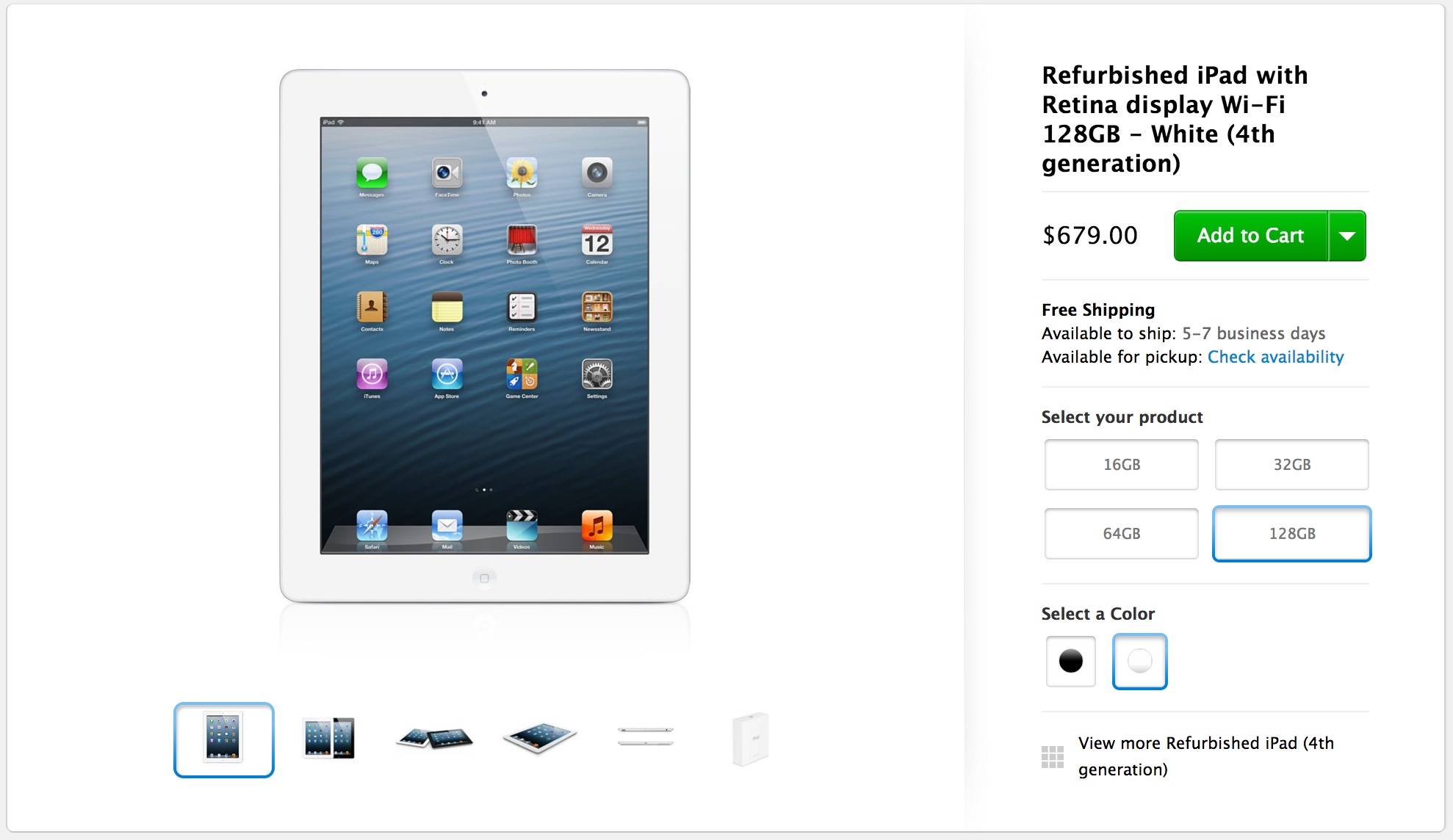 The Wi-Fi only version of the 128GB tablet will run you $679, and the + Cellular $789. As noted by MacRumors, that’s the cheapest either has been since they launched earlier this year.

For those unfamiliar with Apple’s refurbishing program, it’s very highly regarded. Portable products like the iPad get a new back and battery, and come with the usual one-year warranty.

Of course, we’d recommend holding off buying a tablet if you can, for at least the next couple of weeks. Apple is expected to unveil new versions of both the iPad and iPad mini in October.