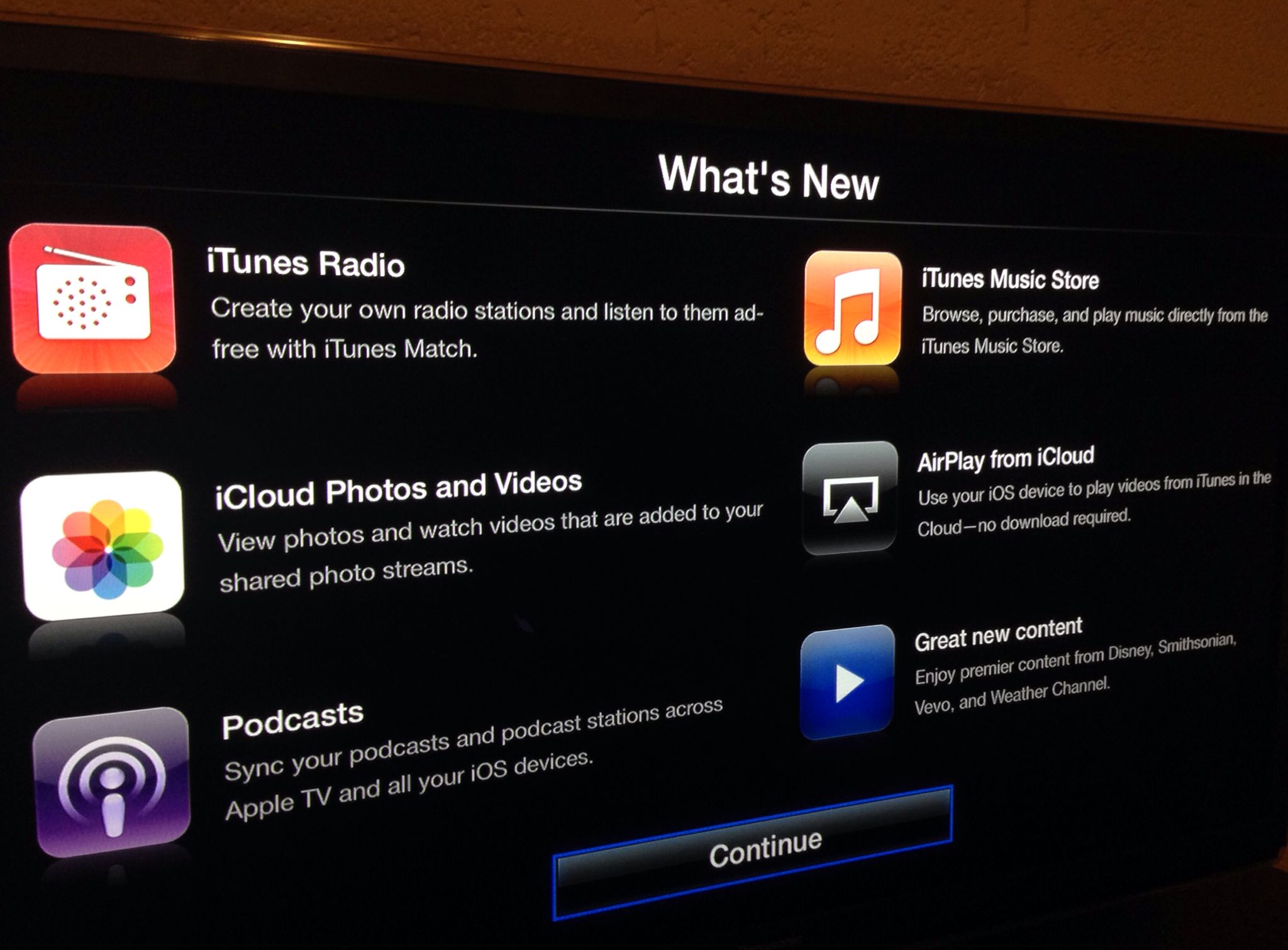 The Apple TV 6.0 update that Apple pulled over the weekend is now once again available as an over-the-air download. The software features a number of new features, including support for iTunes Radio and more.

Following the update’s initial release on Friday, there were several reports that the update caused errors for users, forcing them into a full iTunes restore. The newly updated software supposedly fixes those issues…

As noted by 9to5Mac, the newly-available version of the ATV software carries a build number of 11A502, which is different than the old 11A470e version, indicating that Apple has made some changes to the firmware.

Per usual, the 6.0 update for your Apple TV can either be installed by visiting the device’s Settings menu and navigating to General > Update Software, or by connecting it to iTunes. Obviously, both require Internet.