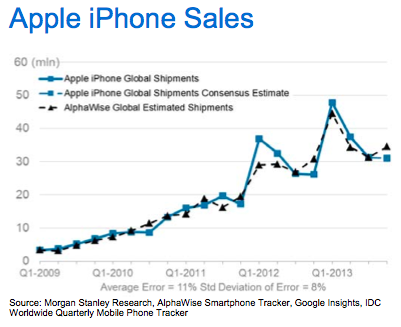 Although Apple’s iPhone 5s and iPhone 5c don’t hit shelves until tomorrow, we already have a glimpse into how the new smartphones will boost sales. Judging by pre-sales that began last week, Apple could see a 28 percent jump in fiscal fourth quarter sales, according to one Wall Street observer.

In a note to clients yesterday, a Morgan Stanley analyst said the two handsets could propel iPhone sales of 34.5 million phones during the fiscal fourth quarter, up from 26.9 million units during the same period last year…

The data also includes the U.S., U.K., Germany, France, China and Japan, which all begin sales of the new iPhones later this week. 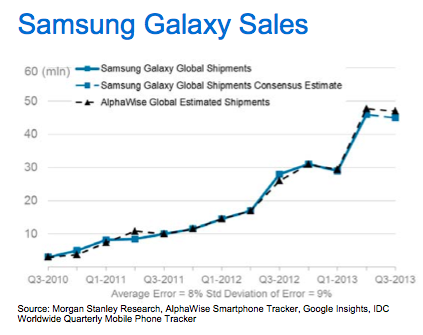 What about Samsung, which recently unveiled the Galaxy S4? Huberty forecasts 47 million handsets will sell during the fourth quarter, 4.4 percent higher than consensus.