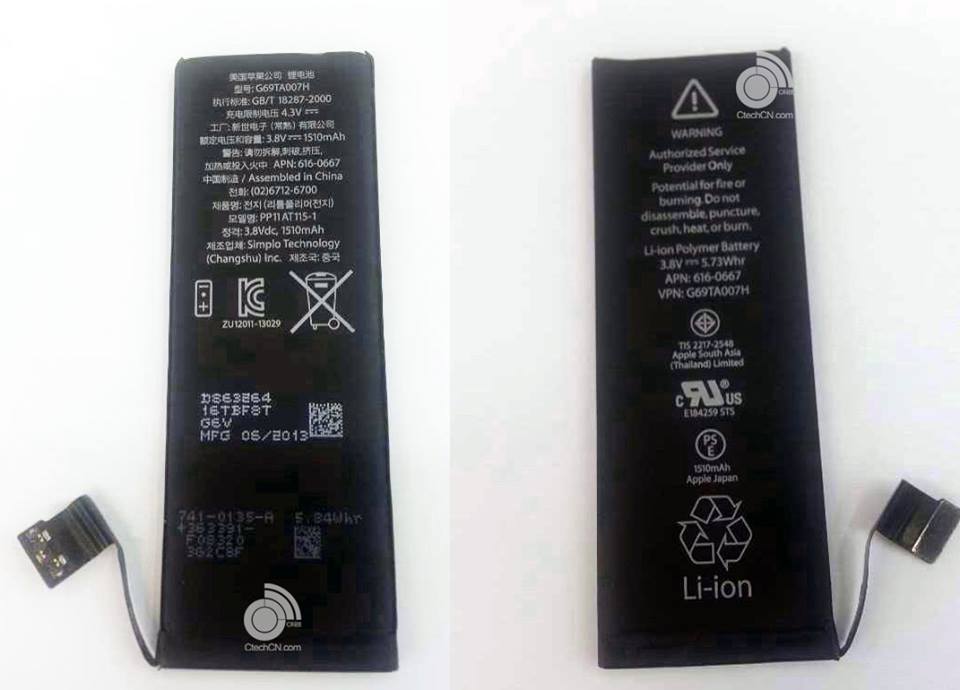 Per Apple’s stats, both devices provide ten hours of talk time on 3G, 250 hours standby time, 8 hours of Internet use on 3G (10 hours on LTE or Wi-Fi), 10 hours of video playback and 40 hours of audio playback.

What Apple didn’t tell us is how it’s managed to boost the iPhone 5s battery capacity by as much as ten percent. The iPhone 5c battery life gains are more modest at a respectable five percent compared to the iPhone 5…

Hardware wizards at AnandTech took a long, hard look at the FCC documents for the new iPhones in an effort to dig up useful detail concerning the device’s battery technology.

Per the documents, the battery inside the top-end iPhone 5S is listed with a capacity of 5.96 Whr. As for its less-pricey brother, the iPhone 5c, the FCC rates that device as having a 5.73 Whr battery. By comparison, the 1,440mAh battery inside the discontinued iPhone 5 was rated at 5.45 Whr.

While I’m somewhat skeptical sometimes of the accuracy of battery capacities as reported in FCC disclosures (which I noted about the battery size for the Nexus 5), these numbers seem credible given what I’ve heard, the statement Apple made during the keynote about the 5C battery size going up, and what I’d expect with some board re-layout for the 5S.

So, how was Apple able to cram sophisticated technologies inside the iPhone 5s – including a fingerprint sensor, a better camera and a faster 64-bit A7 chip – and yet improve battery life? 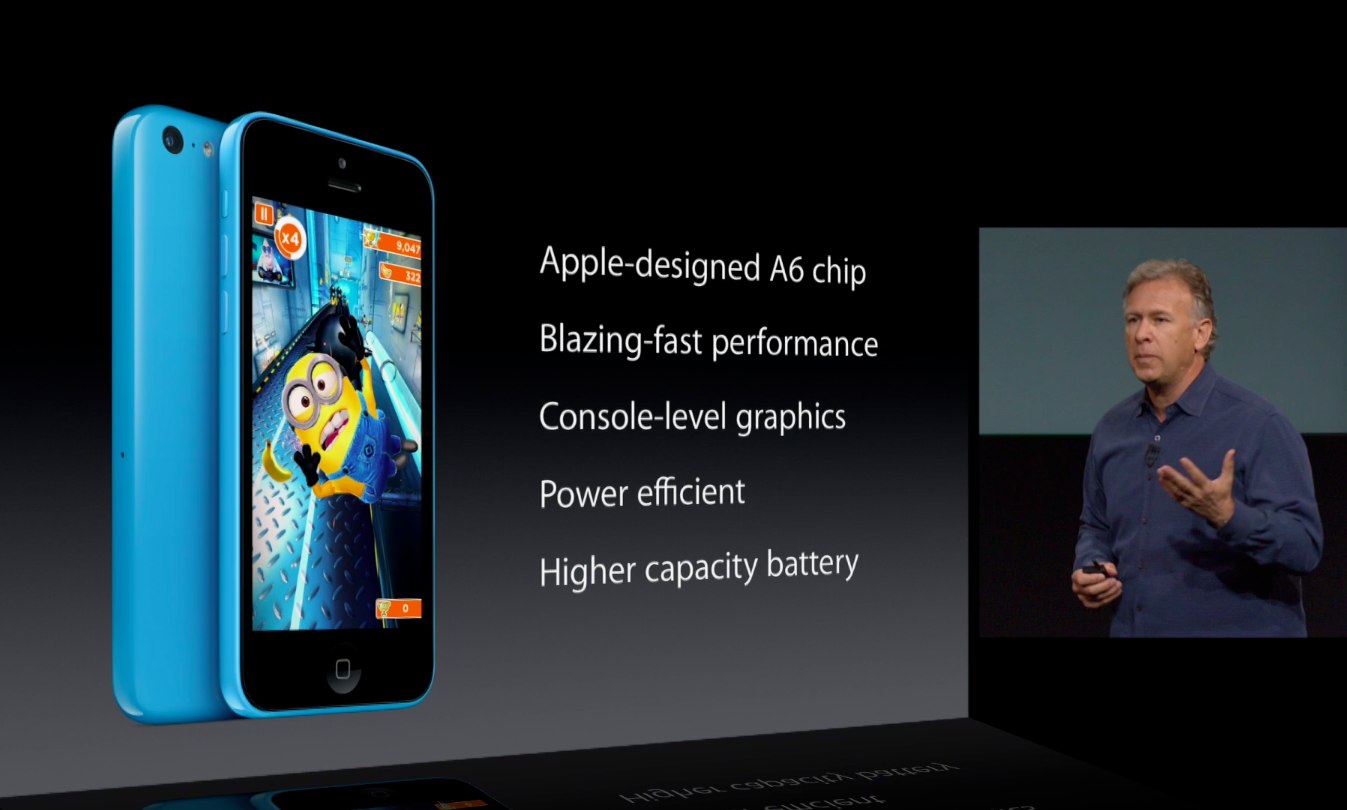 That’s the magic of vertical integration for you.

Apple builds hardware, makes it own operating system and software, designs battery technology and semiconductors and works closely with its vast supply chain in Asia so that all the components are optimized for performance and power efficiency.

It starts with the all-new 64-bit A7 chip, which is designed to be “incredibly energy efficient”. It’s clever enough to shut down idle parts to preserve power and adjusts its clock frequency depending on load.

Apple also introduced a new M7 motion coprocessor alongside the A7. That piece of silicon constantly collects motion data from the accelerometer, gyroscope, and compass sensors, allowing fitness apps to access that information without constantly engaging the A7 chip.

The M7 is much more efficient at these tasks than the main A7 chip, but that’s jus scratching the surface. The M7 module coupled with some pretty amazing software design further improves battery life. Here’s an example Apple provides on the iPhone 5s website.

M7 knows when you’re walking, running, or even driving. For example, Maps switches from driving to walking turn-by-turn navigation if, say, you park and continue on foot. Since M7 can tell when you’re in a moving vehicle, iPhone 5s won’t ask you to join Wi-Fi networks you pass by.

And if your phone hasn’t moved for a while, like when you’re asleep, M7 reduces network pinging to spare your battery.

The iPhone 5s also achieves its battery efficiency by packing in a larger 1,507mAh battery compared to the 1,440mAh battery inside the iPhone 5.

As for the iPhone 5c, that handset is based on literally the same hardware as its iPhone 5 counterpart, including the battery. That being said, Apple engineers may have achieved a five percent battery life boost by optimizing the logic board layout and perhaps tweaking the a6 chip, like they did with the third-gen Apple TV’s processor.