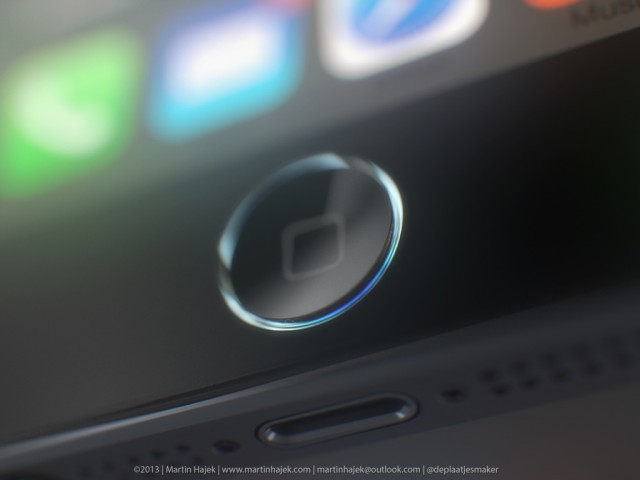 According to a new report from The Wall Street Journal, the rumors are true, Apple is going to introduce a new iPhone tomorrow morning with a fingerprint sensor built into the Home button.

In a last minute scoop, the news outlet says it has confirmed with “people familiar with the matter” that the much talked about feature will indeed be present in at least one of Apple’s new handsets…

“Placing a finger on a computer or smartphone has long been proposed as a way to avoid the need for passwords to authenticate users of computers and other devices. People familiar with the matter said last week that Apple will include a fingerprint scanner on the more expensive of two iPhones it is expected to unveil Tuesday at an event at its Cupertino, Calif., headquarters.”

Analysts and industry insiders have long been calling for this year’s iPhone model, believed to be the iPhone 5S, to house a fingerprint sensor. But up to this point, we’ve seen remarkably little evidence of it. The Journal’s confirmation, however, adds a fair amount of weight to theory. So we wouldn’t bet against the idea.

Apple purchased fingerprint-reader specialist AuthenTec in 2012, and owns all kinds of patents on related tech. Embedding fingerprint sensors into mobile devices isn’t new, but it has thus far proven unsuccessful. Yadron believes that both reliability and ease-of-use will help Apple succeed where others failed.

We’ll find out for sure in less than 12 hours. Apple’s iPhone media event is slated to begin tomorrow morning at 10am PST. We’ll, of course, be covering the keynote live. So be sure to join us!