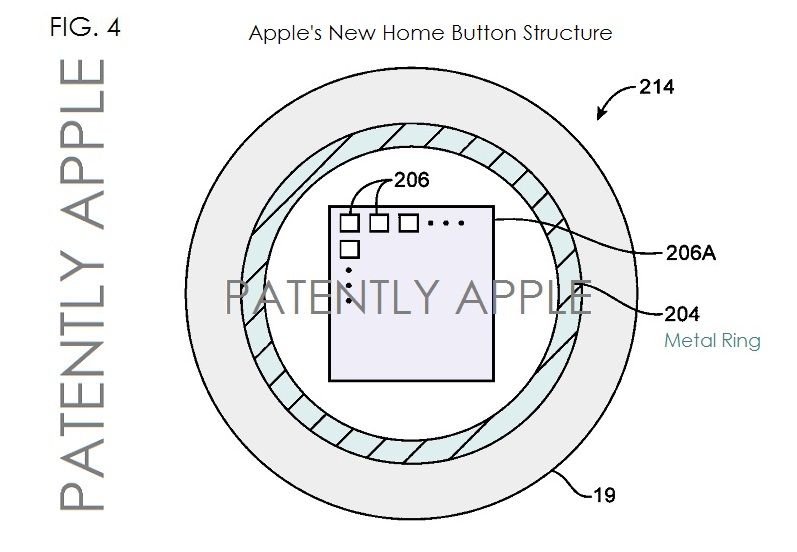 Much has been made about the highly-expected iPhone 5S containing a fingerprint sensor within the Home button. Other talk has surrounded the promise of Near Field Communications (NFC) and Apple’s off-and-on interest in the technology. It appears both a fingerprint sensor and NFC may join together to turn the next iPhone into an electronic wallet and more.

According to a new Apple patent that’s surfaced in Europe, the iPhone 5S may include an updated Home button encircled by a ring which detects your finger. But this super-charged Home button also adds NFC, potentially replacing passwords and enabling secure wireless e-commerce, next-generation docks and other exciting opportunities…

By using a ring that is capacitive, your finger’s presence is detected just as in the case of your iPhone’s screen, without the need to press the Home button to initiate a fingerprint scan. Such a design appeared in supposed iPhone 5 packing from China.

The European patent, discovered yesterday by PatentlyApple, also calls for optical input/output sensors built right into the Home button that may gather fingerprint data optically, but also use the optical structures of the fingerprint sensor to communicate with external equipment, such as docks.

“Apple notes that the docking accessory may be implemented using a stand­-alone housing or it may be incorporated into a vertical or horizontal slot in an automobile system, a stereo system, television, or other kind of equipment,” PatentlyApple writes. 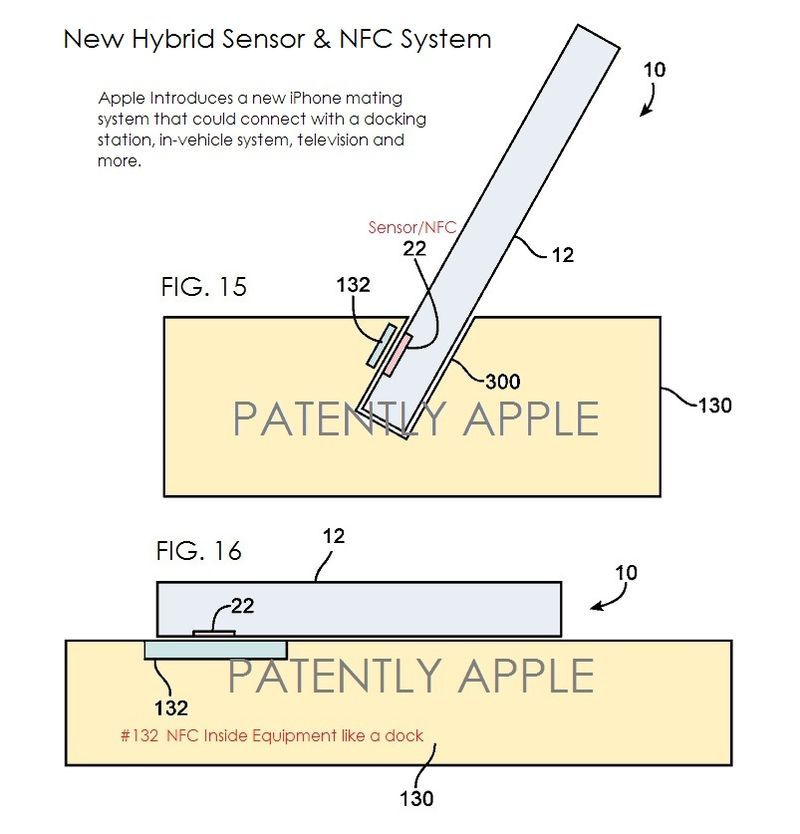 A next-generation dock, depicted in the patent drawing above, would enable wireless NFC signals to be conveyed between the iPhone’s Home button and NFC structure located in the dock itself.

You’d dock your iPhone such that the Home button lines up with the optical sensors built into the dock. The dock would need no USB or Lightning connector and could be built into next-gen Apple TV devices, car infotainment systems and more.

Not to mention totally rethinking the need for passwords, another potential use for this combination fingerprint sensor and NFC transmissions is supercharging Apple’s current Passbook application.

The patent described could allow you to store your fingerprint data, sending it along with any barcode to help vendors identify not only that the credit card, airline ticket or other item is valid, but that your are the rightful owner.

The NFC + fingerprint sensor combo used in conjunction with Macs could theoretically bolster up security of Apple’ AirDrop wireless file transfer technology, built into OS X Mountain Lion and coming to compatible iOS devices with the release of iOS 7.

Although the patent application was first filed in 2012, its only recent discovery in Europe reveals Apple is continuing the practice of initially keeping its connection under wraps.

By using the name of a little-known inventor or Apple employee as the initial assignee, any searches for Apple would not uncover the patent. This suggests Apple views the technology as potentially valuable for future licensing.