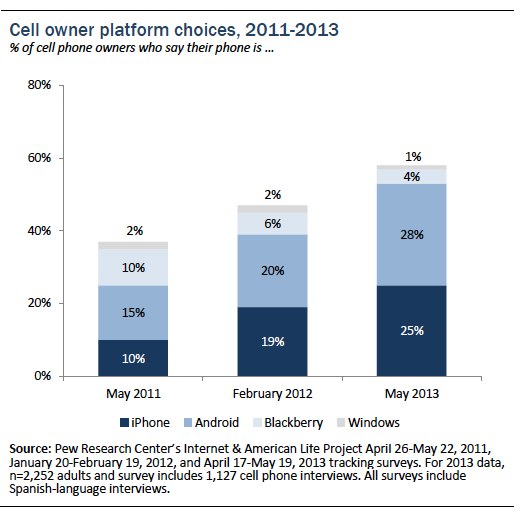 That’s a notable six-point increase from nineteen percent a year ago. The rise in US smartphones mirrors a drop in feature phones, which fell to 35 percent. Just nine percent of US adults do not own a cellphone…

The iPhone’s gains were recorded between May 2011 and May 2013 by the Pew Research Center’s Internet and Life Project. 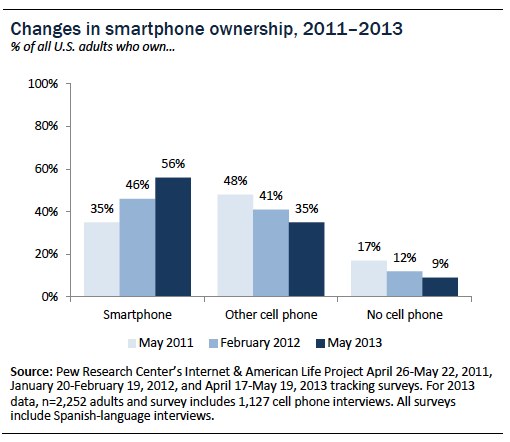 In the race between Apple and Android, the competition in the US is starting to swing Google’s way. In 2011, the two rivals had a five point spread, fifteen percent to ten percent, Android leading. By 2012, the gap had closed to one percent. By May 2013, Android is again widening its lead, this time 28 percent to 25 percent, according to Pew.

While Android is nearing the 30 percent market share, there are certain areas in which the iPhone excels, including income and education. Some 38 percent of US iPhone owners reported having completed at least four years of college. By comparison, 29 percent of Android handset users had attained that level of education. 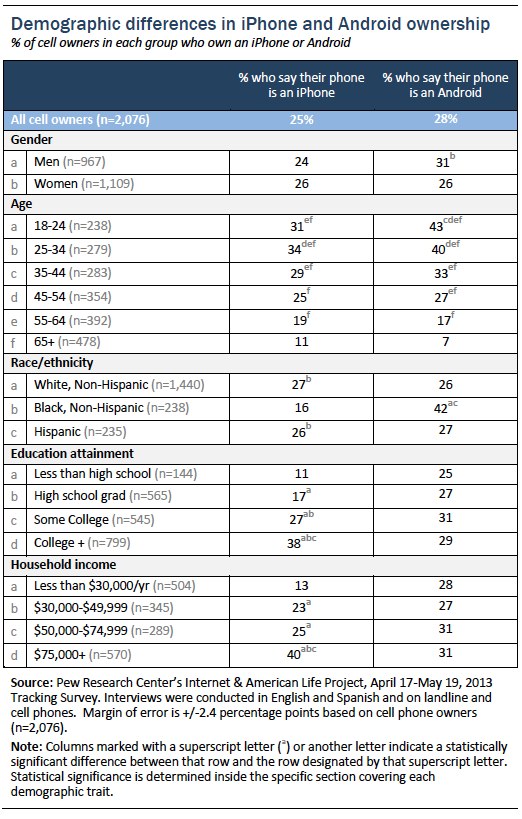 Another demographic where the iPhone outperforms Android is income.

The findings come on the eve of Apple’s Tuesday announcement, expected to include the iPhone 5S and the iPhone 5C.