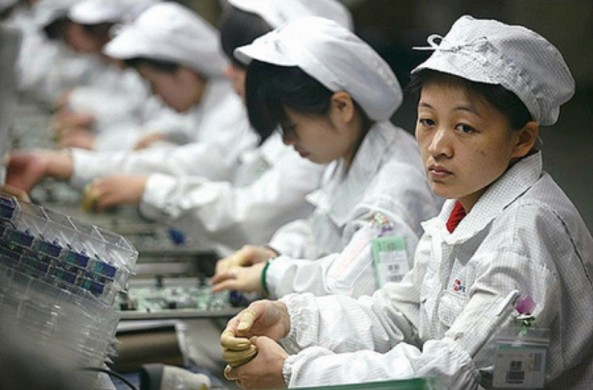 China Labor Watch has released another critical report today on working conditions at an Apple supplier in China. This time, the news hits a little bit closer to home for the Cupertino company, as the activist organization has taken aim at a US-owned factory.

According to CLW, employees at a Chinese factory owned by Florida-based Jabil Circuit, which is reportedly manufacturing Apple’s rumored iPhone 5C, are regularly forced to work excessively long hours without overtime pay, and given inadequate training…

Here’s an excerpt from the report (via The Next Web):

“Among the infringements uncovered by CLW include millions of dollars in unpaid overtime wages; over 100 hours of monthly mandatory overtime, three times in excess of legal limits; more than 11 hours of standing work every day with no rest outside of 30-minute meal breaks; illegally inadequate pre-work training; hiring discrimination; and more.”

Jabil is less-known than other Apple partners like Foxconn or Pegatron. The company makes cases for several iPhone models, including the iPhone 5, and according to CLW’s report, it’s fulfilling orders for Apple’s budget iPhone at its Wuxi, China-based factory.

This is the second claim China Labor Watch has brought against an Apple supplier in as many months. Back in late July, the group filed a report detailing similar labor abuses at a Pegatron-run factory, which was also [ironically] said to be making iPhone 5Cs.

Apple has been under immense pressure to clean up its supply chain over the past few years, and the company has responded by publishing monthly internal reports on working hours and other labor issues at its partner factories. And while there have been signs of improvement, there’s obviously still a lot of work to be done.

Update: Apple has just provided the following statement to AllThingsD:

“Apple is committed to providing safe and fair working conditions throughout our supply chain. We lead the industry with far-reaching and specialized audits, the most transparent reporting and educational programs that enrich the lives of workers who make our products. Apple is the first and only technology company to be admitted to the Fair Labor Association, and we are dedicated to protecting every worker in our supply chain.

As part of our extensive Supplier Responsibility program, Apple has conducted 14 comprehensive audits at Jabil facilities since 2008, including three audits of Jabil Wuxi in the past 36 months. We take any concerns about our suppliers very seriously, and our team of experts is on-site at Jabil Wuxi to look into the new claims about conditions there. Jabil has a proactive auditing program of their own and they have an excellent track record of meeting Apple’s high standards.

Employees at Jabil are among the 1 million workers in Apple’s supply chain whose working hours we track each week and report on our website. Year to date, Jabil Wuxi has performed above our 92% average for compliance with Apple’s 60-hour per week limit. An audit completed earlier this year did find that some employees had worked more than six consecutive days without a day of rest, and Jabil has been working with our team to better manage overtime.

We are proud of the work we do with our suppliers to improve conditions for workers. Our program goes far beyond monitoring by ensuring corrective actions where they are needed and aggressively enforcing our supplier code of conduct wherever Apple products are made. We believe in transparency and accountability, both for our suppliers and ourselves.”