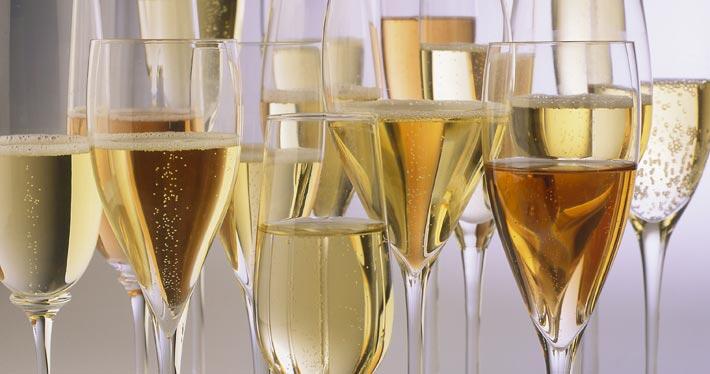 “Champagne is neither a colour, nor anything else than the name of wines from Champagne.” This is the tweet sent a few days ago by the Comité Champagne, a trade association that represents the interests of independent Champagne producers and Champagne Houses in France.

The tweet, which came with a link to a page showcasing significant victories of the Comité Champagne in defending the Champagne name across the globe, was a not-so-subtle way for the organization to send Apple a message that it’d better think twice if it decided to indeed call its rumored gold iPhone model Champagne…

Rumors first called it the “gold iPhone” but various sources were quick to point out that the color is actually closer to Champagne than gold per say. This news came as a relief for some. Indeed, gold sounds flashy and tacky, while Champagne sounds classy and somewhat luxurious, which fits nicely with Apple’s brand image.

It’s not about the color itself either. It’s also about the name of the color. Again, the name “gold” sounds gaudy and flashy, while the name “Champagne” definitely brings a refined and tasteful attitude to the color.

Of course, at this point, nothing but rumors and vague descriptions point to Apple naming the new color “Champagne,” and if the company decided to go that way, it will likely face legal hurdles with the Comité Champagne which will be enforcing its rights to the name.

Sources confirm that the rumored gold iPhone will not be called the "champagne iPhone" but the "sparkling wine iPhone."

Quoted in French newspaper L’Union, Charles Goemaere, Legal Director of the Protection of the Champagne appellation, seems to have been in touch with Apple about the matter, and the company replied that, referring to the usage of the name Champagne, “at this time, this is not verified information but just a rumor.” Note that Apple didn’t clearly deny the rumors.

Goemaere goes on explaining that Champagne is not an harmonized color because there are different shades of champagnes, as pictured above. According to Goemaere, “a company that would want to use the name Champagne wouldn’t do it so much to inform its customers about the color, but rather to captivate everything that evolves around the positive world of Champagne“.

Although he doesn’t clearly spell it out, Goemaere does make it sound like the Comité Champagne wouldn’t think twice about taking the matter to court, as it is clearly defined on the Comité’s website:

The reputation and importance of the Champagne appellation has long been a source of envy for other producers, spawning hundreds of imitations every year. Some brands are easy to copy, but Champagne is a unique product born of the shared heritage of Winegrowers and Champagne Houses whose livelihoods depend on protecting that heritage. They also have a duty to protect consumers against misleading claims made for any wines, beverages or products that trade off Champagne’s reputation as an appellation of guaranteed origin and quality. It is therefore the policy of the Comité Champagne and the INAO to prosecute anyone who misappropriates the reputation or identity of the Champagne appellation.

Of course Apple is clearly aware of that, and while the color Champagne would be a perfect fit for the rumored gold iPhone 5S, it looks like Apple’s creatives will have to come up with another name. Or maybe stick to the name gold? Or maybe go their own way and litigate later.