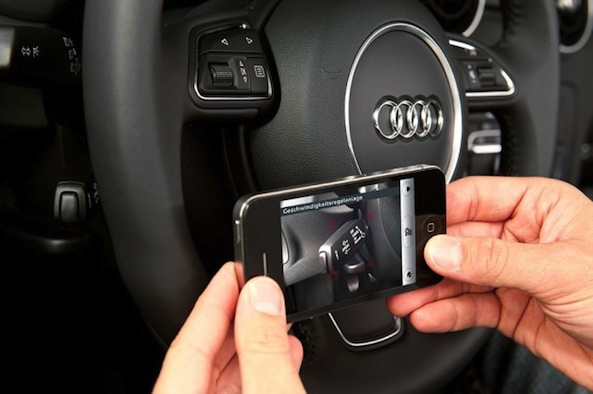 Audi has recently launched a new iOS app that could offer a glimpse into the future of vehicle manuals. It’s called eKurzinfo, and it uses the camera of an iOS device, along with some augmented reality tech, to help users identify parts and features on their car.

Built for the popular A3 hatchback, the app covers over 300 elements of the car from windshield wipers to the oil cap. Engine overheating? No problem, simply launch the app and pan the camera across the A3’s engine bay to find where to put your coolant…

Here’s an overview clip of the app (via Cult of Mac):

The site notes that this isn’t the first application of its kind from Audi. A similar offering has been available for A1 users for quite some time now—though it covers substantially less components—and the company also has a series of other augmented reality apps.

Unfortunately, it looks like eKurzinfo is only available in the German App Store right now, and there’s no word on when it will reach the US. It looks like we may have to wait until the 2015 Audi A3 lands Stateside early next year to play around with the new app.