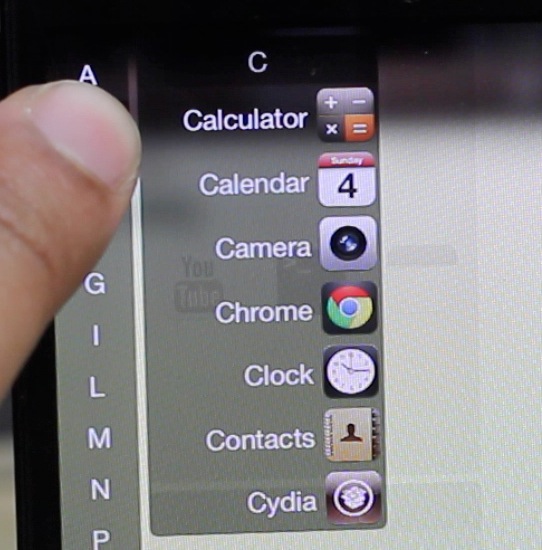 If you’re a Mac user, then you’re no doubt familiar with some of the popular launcher apps like QuickSilver, and Alfred. Even Spotlight, to a somewhat lesser extent, can serve as a capable launcher for your various applications.

On a desktop machine like the Mac, launchers are useful in order to be able to quickly find and launch an application. This prevents you from having to wade through countless pages and/or lists of apps in search of the one you want to launch.

The same concept applies to our smartphones. Spotlight on iOS can work as a launcher, although it’s certainly not the most desirable means of launching apps. That’s why this new jailbreak tweak dubbed InstaLauncher is such an exciting and refreshing jailbreak tweak to have. It allows you to locate and launch all of the apps on your device in sub-second nature. Check out our full video walkthrough after the jump, which shows how you can become more productive on your iPhone, courtesy of InstaLauncher…

Once installed, you’ll find a new preference panel for InstaLauncher nestled in the main page of the stock Settings app. The preferences for InstaLauncher are primarily aimed at tweaking the look and feel of the tweak, but there are a few functionality settings to be found there as well.

Under the tweak’s general section, you’ll find settings for establishing the Activator gesture used to invoke InstaLauncher. I decided to go with a triple press of the Home button, but you can decide on which Activator action works best for you.

The next item to appear under the general settings for InstaLauncher is a section to hide specific apps. This is a handy setting that can be used when you want to omit certain applications from appearing in the launcher.

The great thing about configuring InstaLauncher, is that all of the settings take place immediately, with no need for a respring. This makes hiding, or showing specific apps an instant affair, which helps out considerably when it comes to customizing the tweak to your liking. 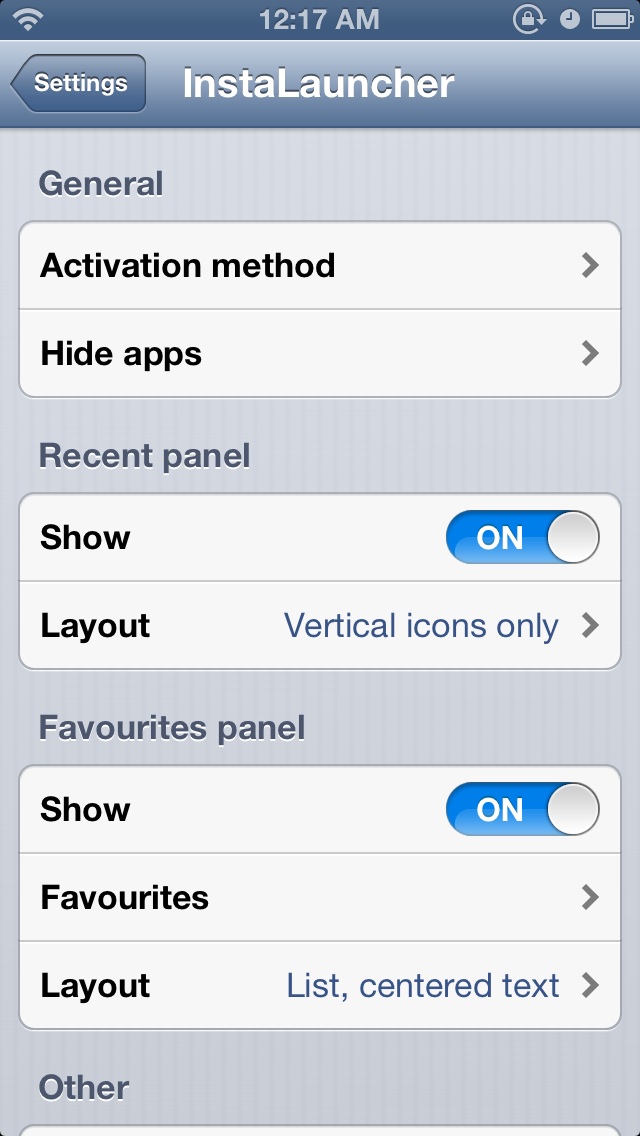 Next up, you’ll find two sections dedicated to displaying recently launched apps and favorites. Obviously, the recently launched app section is dynamic, and changes depending on which apps you use the most. This section can be tweaked as far as how the apps are displayed (list view, icon view, etc.), but the content that is displayed is dynamic depending on your app usage patterns.

The favorites setting is very similar to the recent setting in that you can establish a custom layout for displaying your apps via InstaLauncher. The main difference between the recent and favorite applications is that the favorites are static selections that you can enable or disable using toggles found in the tweak’s preferences.

After using InstaLauncher for some time, I can confidently say that it’s one of the best tweaks I’ve ever used when it comes to launching apps efficiently. It will, without a doubt, cut down the time it takes for you to launch apps on your iOS device. Whether or not the look and feel of the tweak suits your tastes is a whole different conversation, but as far as outright functionality goes, it’s hard to beat InstaLauncher’s efficiency.

If you’d like to give InstaLauncher a go, then open Cydia and find the tweak on the BigBoss repo. The tweak can be downloaded for a very reasonable $1.99, and the description in Cydia makes it seem as if this is just the beginning, which makes me feel good about potential long term support by the developer.

What do you think about InstaLauncher? Have you taken it for a test drive yet? Share your experiences with it below.