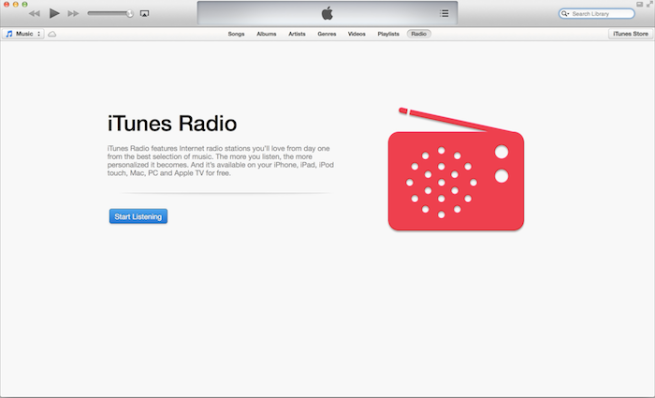 Alongside today’s release of iOS 7 Beta 4, Apple has also seeded a new version of iTunes to its registered developers. The first beta of the upcoming iTunes 11.1 is now available via Apple’s Dev Center (the current iTunes build carries a version number of 11.0.4). The beta software contains the iTunes Radio feature, which on desktop is currently available only in the United States on OS X 10.7 or later Macs…

With iTunes 11.1 Beta 1, developers can test the streaming service on both their desktop and mobile devices from Apple. Radio channels can be accessed by hitting a new Radio button at the top of the Library screen. 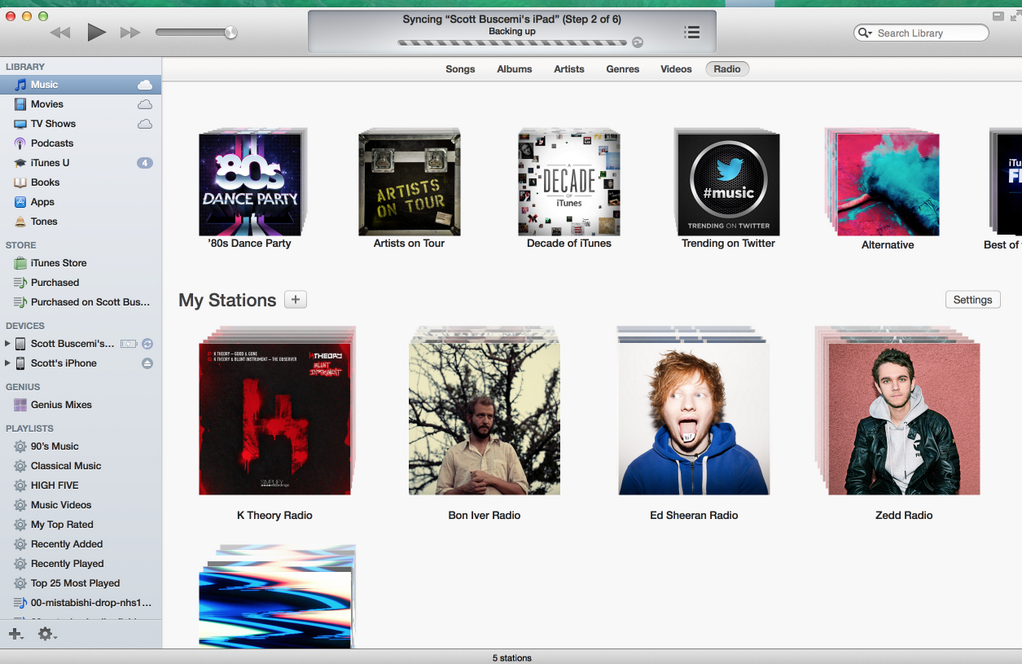 This screen also includes a Settings button that gives you an option to remove explicit music and limit ad tracking. As for the just-seeded iOS 7 Beta 4, there’s a new Play Explicit Tracks option available in the iTunes Radio section of the stock Music app.

Accessing iTunes Radio for the first time on the desktop (see the image top of post) produces this prompt:

iTunes Radio features Internet radio stations you’ll love from day one from the best selection of music. The more you listen, the more personalized it becomes. And it’s available on your iPhone, iPad, iPod touch, Mac, PC and Apple TV for free.

Here are a few more iTunes Radio screenshots, via 9to5Mac.

Check out an iTunes notification below.

And this is what searching for a station looks like. 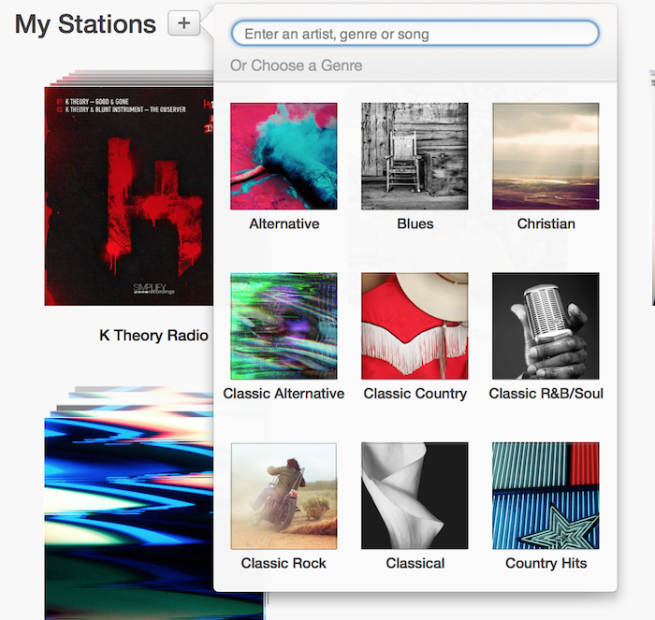 As TechCrunch noted, iTunes Radio on desktop behaves much like its iOS 7 counterpart. You can browse Apple-curated stations, create your own based on the currently playing song, buy songs being played back instantly in the Now Playing window and more.

iTunes Radio was announced alongside iOS 7 at WWDC 2013 last month.

The feature, currently in beta, is set to launch to everyone this Fall and will include occasional audio ads. iTunes Match subscribers ($24.99 a year) will enjoy ad-free iTunes Radio experience, Apple said.