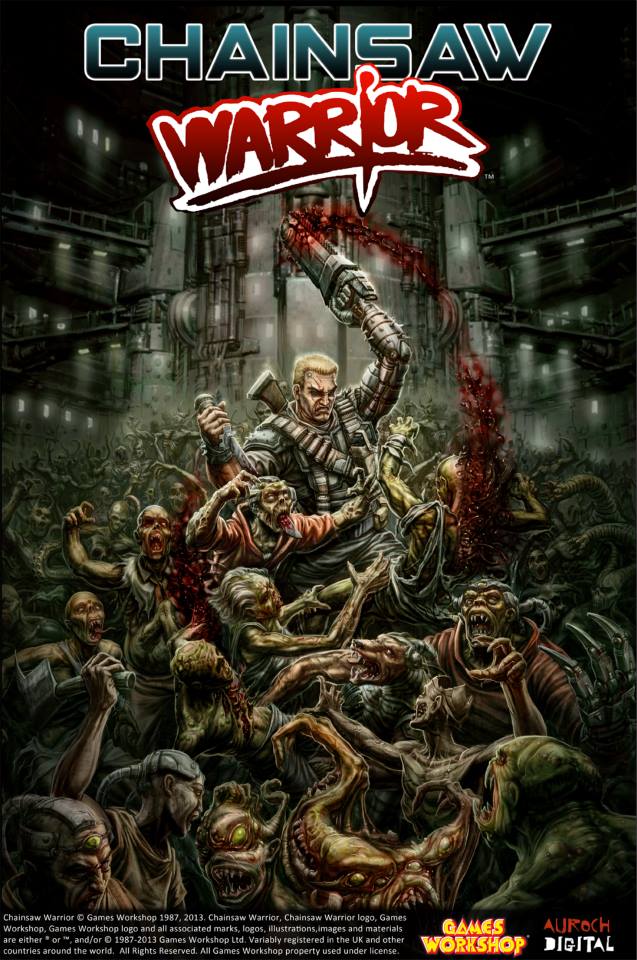 Chainsaw Warrior, a one-player zombie board game published way back in 1987 by Games Workshop (best known in the US for the Warhammer 40,000 and Blood Bowl franchises), will be making the leap to iOS later this year, the British publisher announced.

Created by Auroch Digital, an indie development studio based in UK’s Bristol Games Hub, the game is set in the near future: the year is 2032 and you must defend the mankind from a zombie apocalypse which has ensued after a dimensional rift opened up in a New York slum…

Your character – named Chainsaw Warrior – is a brutal, mysterious and eponymous hero.

But why resurrect last century’s mutant and zombie infested classic?

It’s a game I played as a kid and loved. I see it as the pre-cursor of First Person Shooters when video games technology could not really do the first person or the shooting.

For me this is not only a great game, but a classic of board game design – a solo shooter that really challenges the player.

He says the team has kept much of the 80s style of the game, updated for the 21st century appearance. But it won’t be your typical casual time-killer though.

“The game has many ways to kill you and is unafraid to use them,” Rawlings said, “which makes it all the sweeter when you finally win.” And if you can’t stand multiplayer gaming like myself, you’ll love the individual experience of Chainsaw Warrior.

We’re expecting tons of guns blazing and chainsaw-blades revving, that’s for sure.

Check out the original ad from White Dwarf. 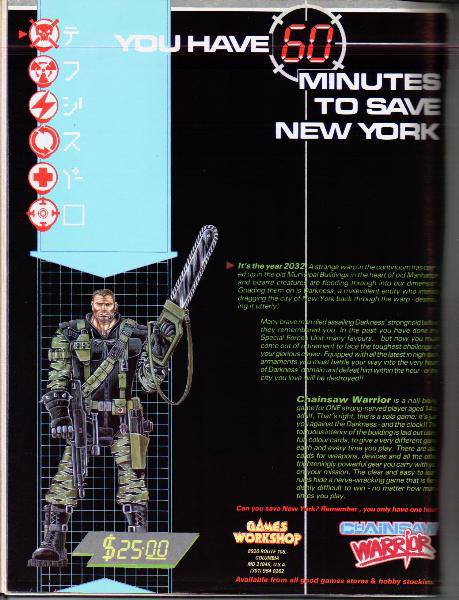 The new cover artwork is top-right and the original board game is pictured below. 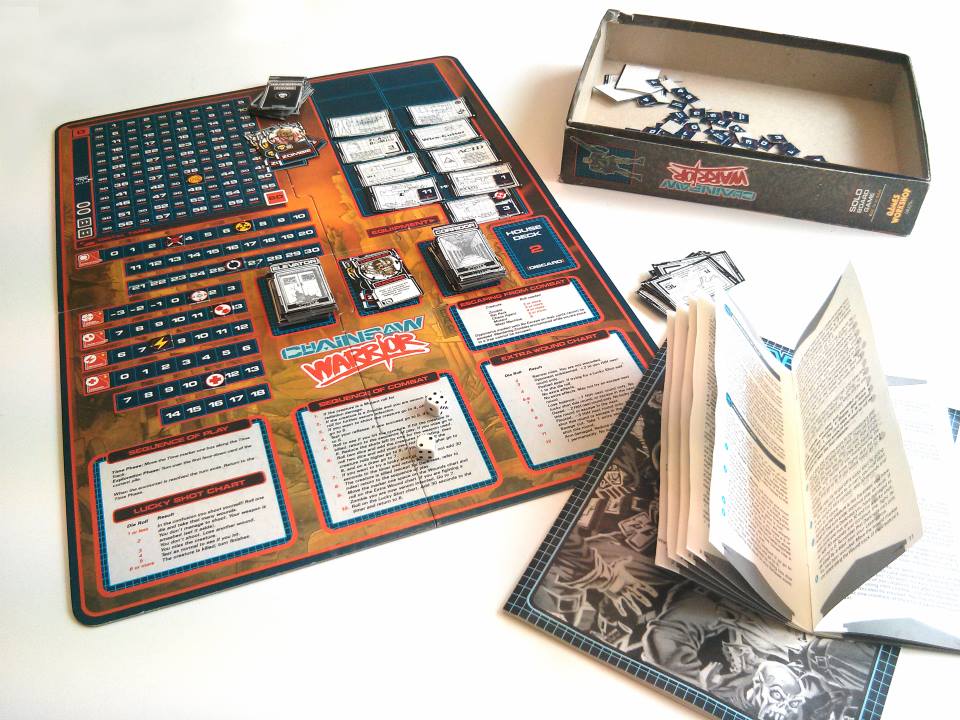 I also couldn’t resist sharing the original spoof ad for the game, via @D_Nye_Griffiths. 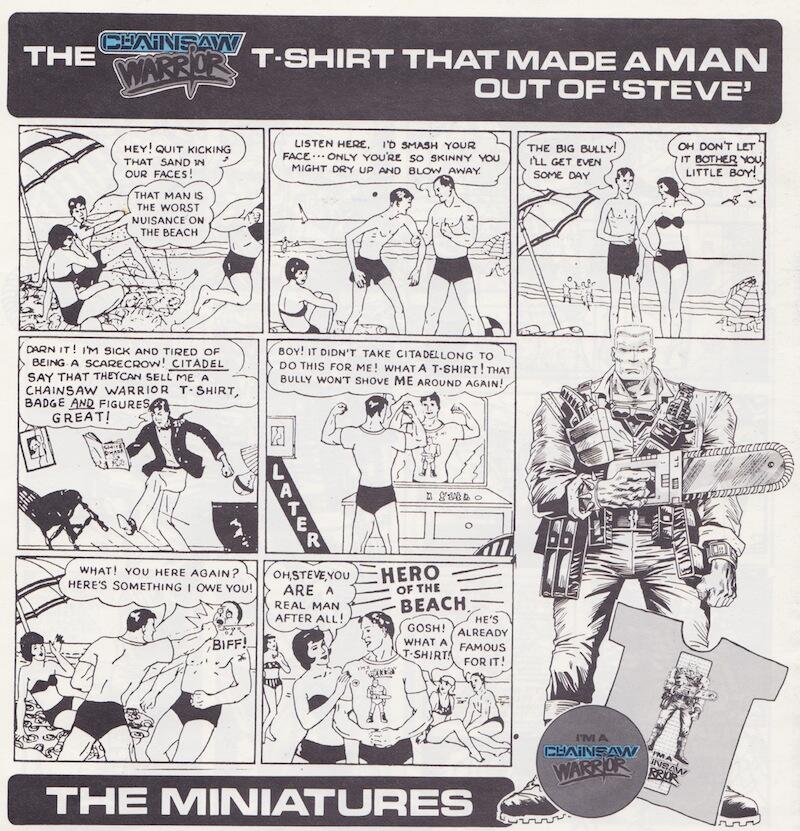 Chainsaw Warrior is due on the iPhone, iPad and Android devices at the end of summer, followed by the Mac and PC edition soon thereafter. Stay tuned as we share more information in the run-up to its release.

Publisher Workshop Games is also behind two other popular digital ports of board games, Space Hulk and Warhammer 40,000: Armageddon.

To learn more about the upcoming Chainsaw Warrior reboot, check out Auroch’s website, their Facebook page or the official mini-website.