While we’ve all heard the saying “two heads are better than one,” a new Apple patent applies that thinking to digital images. The patent, granted Tuesday by the U.S. Patent and Trademark Office, describes a method of combining two image sensors to produce a photo with the best quality.

In its U.S. Patent No. 8,493,482 filing, Apple outlines a ‘Dual image sensor image processing system and method.’ The company mentions the iPhone, iPod and some Macs as potentially benefitting from the technology, suggesting a likely iSight camera bump up and better imaging on future devices…

The Apple patent explains the invention could work either with one sensor (as is the case with conventional digital cameras) or is able to process the imaging data from two sensors.

The system detects imaging flaws, such as dead pixels, coloring or lighting problems which are then compared against various stored measurements. Afterwards, flaws present in one sensor will be replaced by imaging data from another sensor.

The comparisons reportedly work both with photos and videos. 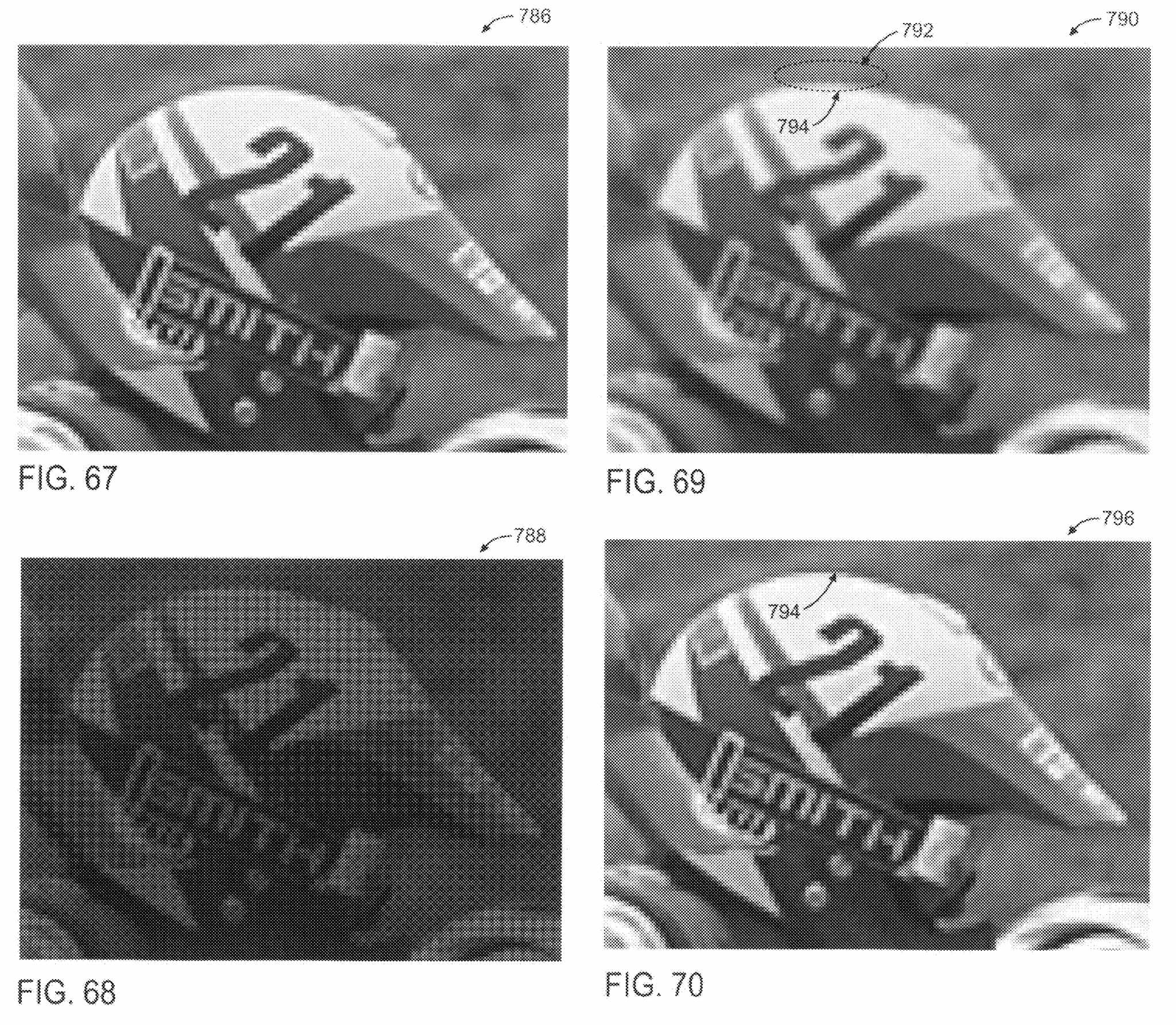 The patent describes use of Bayer filtering techniques.

According to the filing, a Bayer image sensor may be interpolated when applying green non-uniformity correction techniques during processing to produce a full color RGB image.

As the iPhone grows in popularity as a device for serious photographers, Apple’s patenting efforts have often returned to enhancing the process. Previous patents have described ways to avoid camera shake by comparing images taken, providing the user several choices.

Another patent outlined a way to link iDevice cameras to act in unison, such as when requiring a flash to fill a scene. Earlier this year, Apple acquired a number of imaging patents from camera pioneer Kodak.