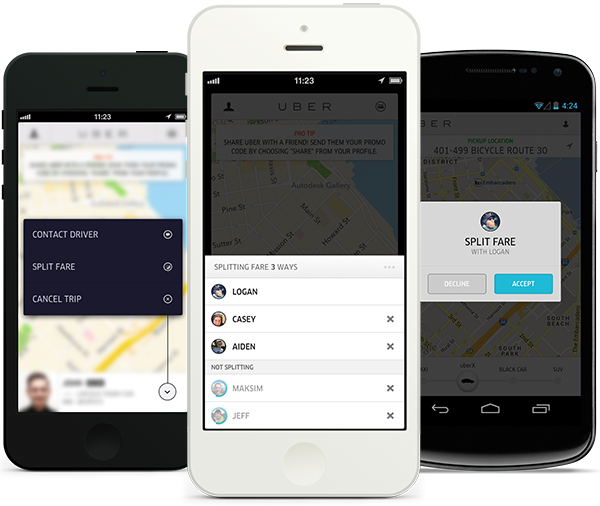 Users of Uber, the popular private taxi service that operates in 35 cities and fourteen countries, can now use the updated version of their iPhone application to easily split fares in-app with their friends. I use taxi pretty regularly and while Uber doesn’t operate in my area, our own Jeff Benjamin is ecstatic about the service, having confirmed it works as advertised (at least in the Chicago area). What’s best, billing associated with fare splitting in the new Uber version 2.8.6 is now social, too…

The new Fare Split arrow icon works by letting you invite friends directly from Contacts or by entering their mobile numbers manually. If they don’t have the app installed, Uber will send them SMS with an App Store link.

Folks can request fare splitting at any point during your trip. Once everyone confirms the invitation, Uber takes over and splits the fare evenly among everyone in the car.

It certainly beats having to manually split payments before making an Uber payment.

The app is free on the App Store.