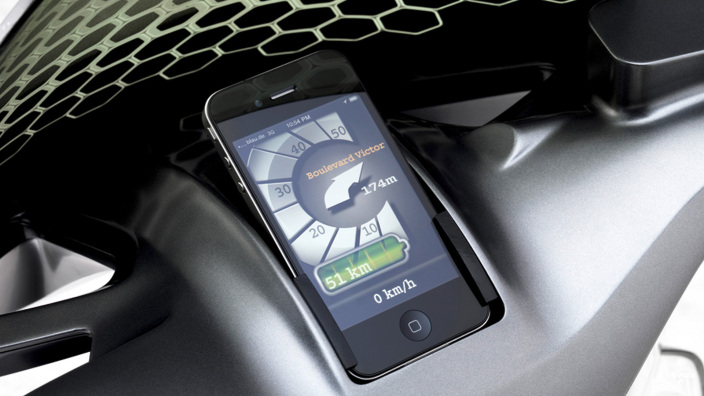 Apple for some time has expressed interest in designing products for high-end automobiles, creating Siri Eyes Free to act as a driver’s personal assistant. However, with the growing use of scooters – particularly ones electric-powered – the Apple handset is set to become the dashboard, serving up GPS information, speed and more. The iScooters should appear in 2014, one version from the maker of the tiny Smart Car and another from that wonderland of gadgets, Japan…

Daimler-owned Smart, which already offers the Smart Car and eBike, confirmed in May that come next year it will commercialize its Smart Scooter concept. The 5.4-horsepower electric vehicle will use the iPhone as speedometer, range meter and GPS.

Meanwhile, Japan’s Terra Motors is set to introduce the A4000i, pictured below. The electronic scooter will use the iPhone to display how much battery remains inside the scooter, along with other pertinent data. 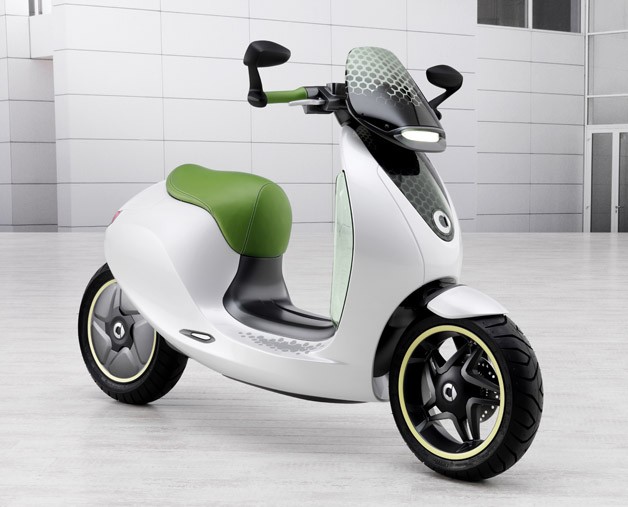 Finally, as transportation sharing services expand from cars to bikes to now scooters, we’ll increasingly be using an iPhone/Android devices for activating the scooters.

Apple of course is present in select vehicles that integrate its Siri Eyes Free system, with many others supporting basic dock integration for charging, music output and playback controls.

During last month’s WWDC 2013 keynote, Apple announced ‘iOS in the Car,’ a new technology able to display Maps, Messages and a plethora of other iOS apps on external displays and through in-car entertainment systems, supporting touch interaction, voice input and other features.

Until Apple patents an iCar, we’re likely to see the iPhone and iPad assume an increasingly larger role in transportation. For example, if the iPhone 5S arrives with fingerprint sensors, the handset could be used in place of a fob to start vehicles.

We could also see dash-mounted iPhones acting as security cameras, either ensuring driver’s do not nod off, or recording dangerous activities – that then stream back to parents or police.