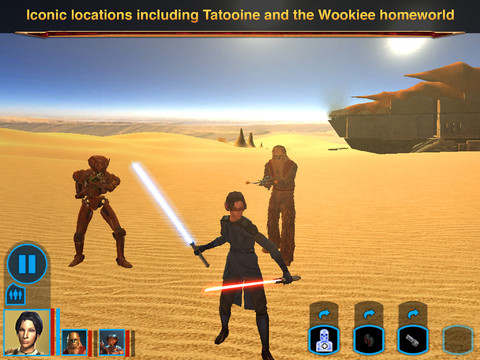 If you’ve been on the lookout for a deep discount on BioWare’s excellent role-playing iPad game Star Wars: Knights of the Old Republic, now is the perfect time to grab your copy.

Publisher Aspyr Media has just slashed the game to five bucks, down from $10, as part of KOTOR‘s 10th anniversary. The massive download is discounted for a limited time so you’d be wise to pick it up like right now before this rare promotion expires…

The game is set 4,000 years before the Star Wars movies and challenges you to hunt down a Sith Lord named Darth Malak.

It is four thousand years before the Galactic Empire and hundreds of Jedi Knights have fallen in battle against the ruthless Sith. You are the last hope of the Jedi Order.

Can you master the awesome power of the Force on your quest to save the Republic? Or will you fall to the lure of the dark side?

Hero or villain, savior or conqueror… you alone will determine the destiny of the entire galaxy!

Though I have never gotten around to playing KOTOR (partly due to its asking price), I’ll be giving it a try now, that’s for sure.

KOTOR scored some glowing reviews, with TouchArcade praising its touch-based control scheme, the wacky Star Wars characters and the sheer breadth of the missions, classes, weapons and other RPG elements. 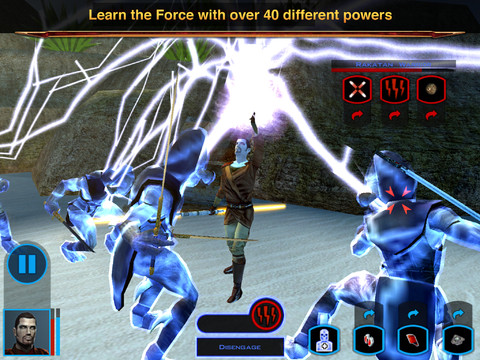 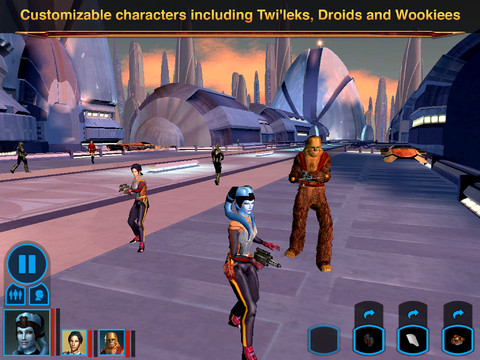 Star Wars: Knights of the Old Republic is available with a 50 percent discount for just $4.99, for a limited time only. The massive download weighs in at nearly two gigabytes and requires approximately 2.5GB of storage space to install.