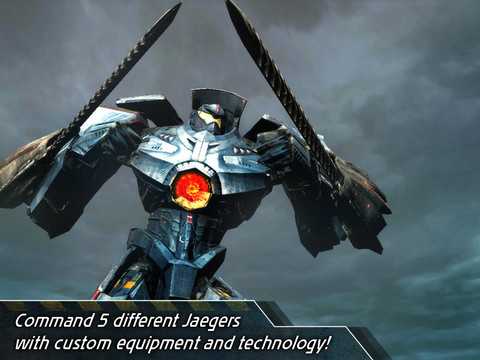 I’ve been on the edge of my seat ever since the first Pacific Rim trailer hit theaters. For those not in the know, Pacific Rim is an upcoming sci-fi monster flick directed and co-written by Guillermo del Toro. There’s something inherently appealing about the movie’s premise: colossal monsters suddenly emerge from a portal on the ocean floor, crushing skyscrapers, obliterating entire cities and threatening the mankind’s very existence.

Since it’s 2020s, we were able to engineer gigantic humanoid mechas controlled by two pilots whose minds are joined by a neural bridge. The movie premiers tomorrow and Reliance Games has just released the official tie-in game for the iPhone and iPad. We have a trailer and a few additional details right below the fold…

• Story Mode: Play over 30 levels and challenge monstrous creatures in intense combat inspired by the motion picture.
• Survival Mode: Can you defend humanity from an endless wave of Kaiju? See how skilled you are with your customized Jaeger.
• Command up to five different Jaegers with custom equipment and technology.
• Upgrade your Jaegers and weapons to dominate the battlefield.
• Discover and research new technology to increase your armor, power and speed.
• The game explores the Pacific Rim universe with new events, Jaegars, and Kaiju not fully revealed in the film.

And a few iPad screenies. 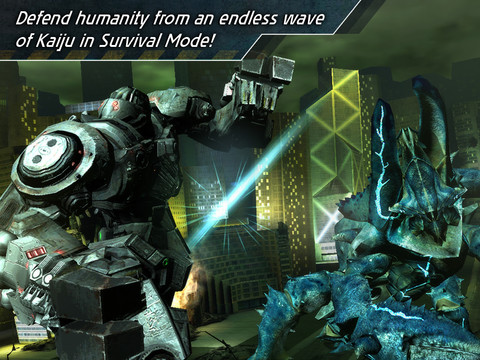 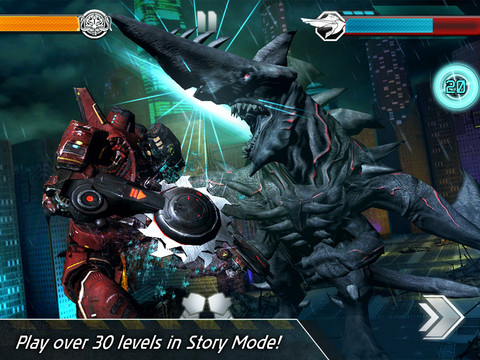 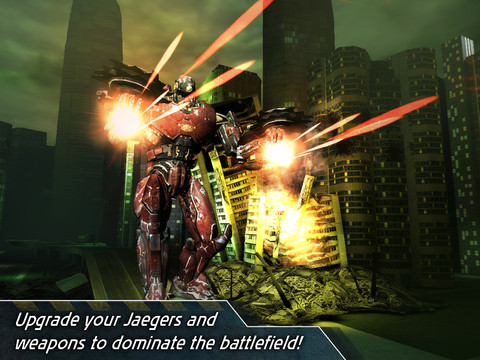 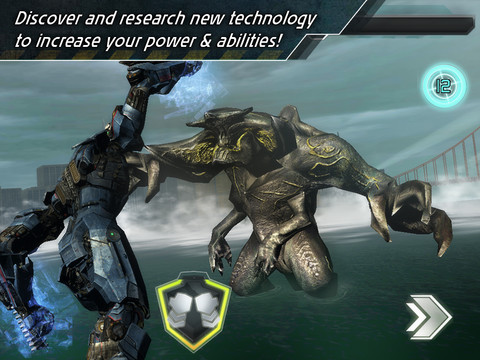 If that didn’t give you goose bumps, then these kinds of monster flicks are probably not your cup of tea.

The universal Pacific Rim binary is a $4.99 263MB download from the App Store, with an optional $4.99 in-app coin pack for power players looking to max out their upgrades.