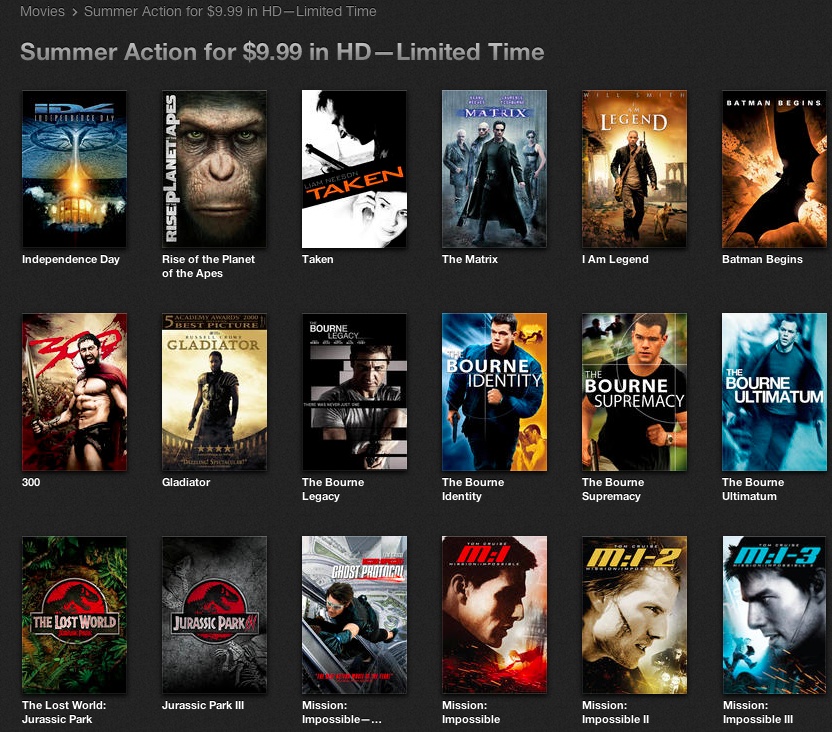 With the September 2008 release of iTunes 8, Apple along with introducing a slew of new software features started upgrading resolution of movies and television shows sold on the iTunes Store to high-definition 720p. One Apple user has now taken the company to court over what in his view files as fraud, unjust enrichment and violation of consumer protection laws.

A Florida user took issue with iTunes movie downloads, alleging Apple tricked him into buying a pricier $4.99 high-definition version of the Big Daddy movie although his iPhone 3GS did not support playback of HD content. Claiming he was unaware an SD version was available for $3.99, he argues Apple should compensate the “millions” of owners of older hardware who paid a buck more to download HD versions of movies and TV shows…

The complaint, filed by plaintiff Scott J. Weiselberg in June in San Francisco and picked up by Courthouse News (via GigaOM), states Apple made HD the default option in iTunes 8 for the first three versions of the iPhone and the iPod touch although these devices do not support HD video.

Despite the fact that Apple makes the HD version of the content offerings the default rental option, Apple failed to disclose to customers using SD Apple mobile devices that the device could not play the HD content being rented, and that the customer was needlessly paying the premium for the HD option.

He is seeking restitution, disgorgement, an injunction and damages for unjust enrichment.

I’ve enclosed the filing as a Scribd document below.

Truth be told, Apple shortly following the release of iTunes 8 did add a notice letting users of non-HD devices know they could not play HD content. That being said, I’m not sure what’s funnier: that Weiselberg was so grossly uninformed about his iPhone 3GS’s playback capabilities or the fact that the guy is actually a lawyer himself.

Furthermore, that someone buys an HD movie on an SD device doesn’t mean he or she is going to watch it solely on that device, no? To that extent, Weiselberg can always watch Big Daddy in HD on his Mac via iTunes or enjoy it on a big screen TV through the Apple TV set-top box.

What’s your take, is this lawsuit frivolous?