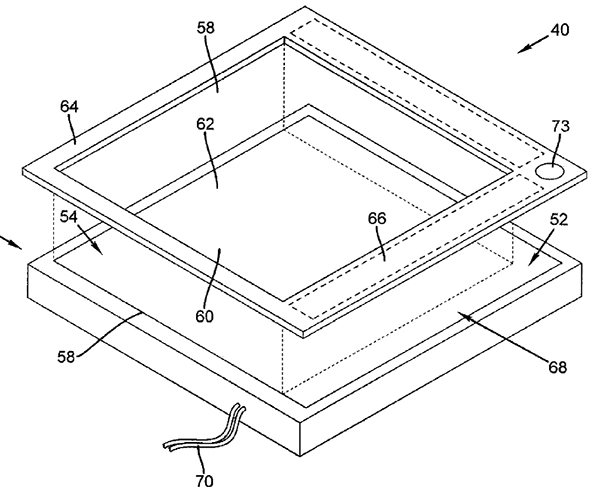 Apple may have found a way to maximize display space for touch input while minimizing the size of wearable devices such as the long-rumored iWatch. What’s more, the innovation could be thanks to Kodak, a photography pioneer which Apple’s iPhone and other smartphones, largely put out of business.

In a patent granted Tuesday by the U.S. Patent and Trademark Office, Apple describes a touch-sensitive bezel that surrounds a device’s main display. The smart bezel is able to offer users additional space for a display area or even cover portions of a display, providing greater flexibility…

The patent, entitled “Electronic device, display and touch-sensitive user interface,” describes a display with two portions. The first part is the active viewing area while a second half is a covered second portion.

The patent appears to be part of a portfolio of Kodak technology Apple recently purchased from the image maker. The idea of a smart bezel also appears as Apple has begun trademarking the “iWatch” name in a number of countries, including Mexico, Taiwan, Japan and Russia.