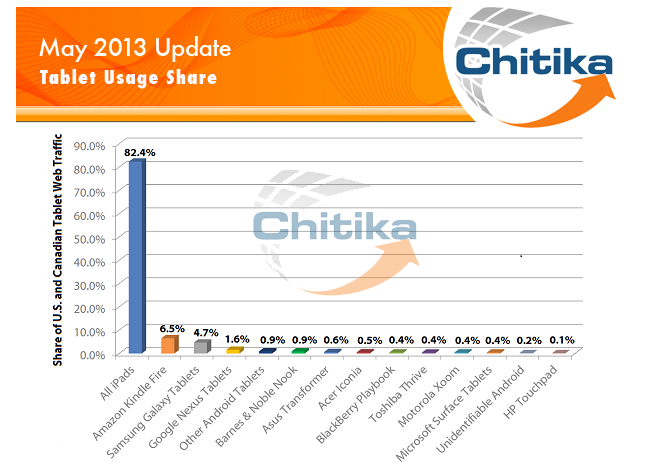 As the above chart shows, iPad web usage not only recovered from its fractional dip in April, but rose above its high point in March.

The May figures for iPad usage marks “the highest since the beginning of 2013.”

The Kindle Fire, after a slight improvement in April, dropped by almost a percentage point. Samsung’s Galaxy tablets, remained flat at just 4.7 percent of North American web traffic in May, the ad network’s Insights announced. 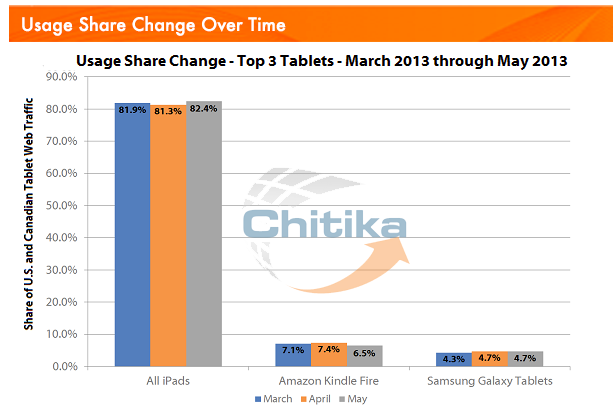 As PatentlyApple noted, the South Korean firm “has resorted to heavily discounting their tablets in certain markets and are about to flood the market with cheap tablets in the hopes of skewing the volume meter in their favor.”

This volume versus usage factor has always been issue between Apple and Android.

So much so, we’ve taken to calling it the “gathering dust” scenario. The dichotomy between Android sales and Apple usage seems to mean people are buying the Google-powered devices only to stick them in a drawer where they gather dust. 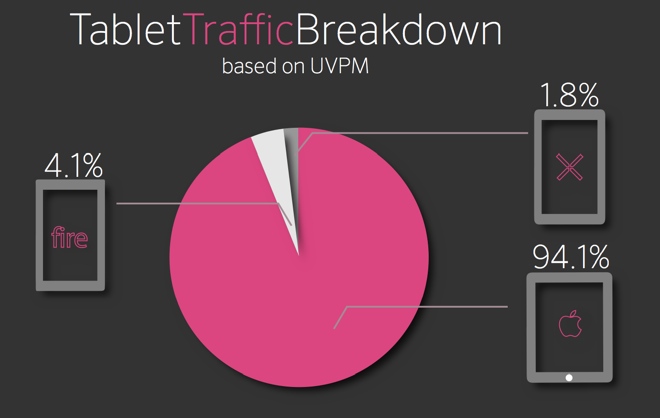 The numbers from OnSwipe (above), makers of a platform converting traditional web pages into displays suitable for touch screen devices, showed the iPad the overwhelming choice for tablet owners.

Where does that put other tablets? 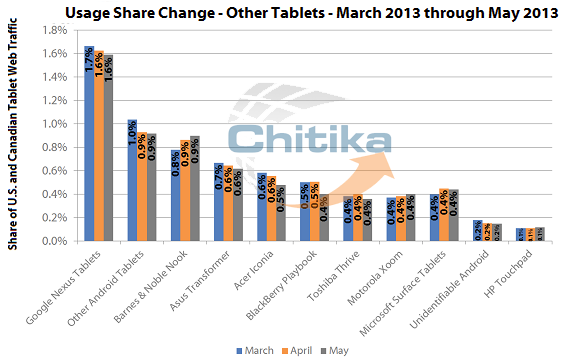 According to Chitika, essentially in the cellar.

Only Samsung’s Galaxy and Google’s Nexus were able to push Android-powered slates above the one percent mark.