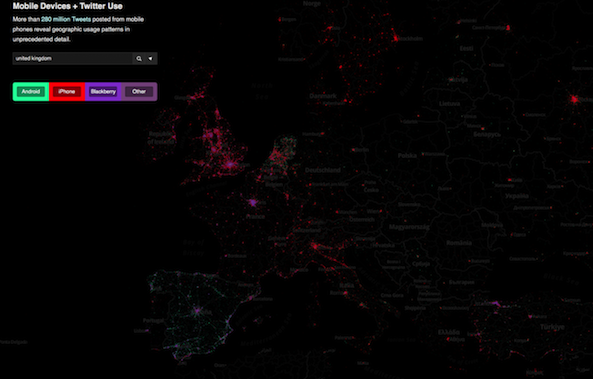 This is kind of interesting. The folks over at Gnip and MapBox have teamed up with ex-Google data guru Eric Fischer to create a series of interactive heat maps that show the usage of iOS, Android and BlackBerry devices around the world.

The data consists of some three billion global, geotagged tweets that have been collected since September of 2011. And the team has converted all of this data into navigable maps in an attempt to illustrate patterns in language and device use…

The above photo you see is of the United Kingdom. These compressed images don’t do the maps justice, but you can still see the contrast in device usage by area. Note that Android=green, iPhone=red, BlackBerry=purple and Other=plum(?). 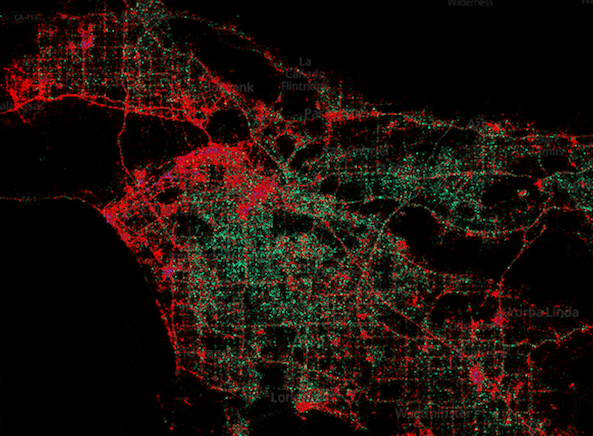 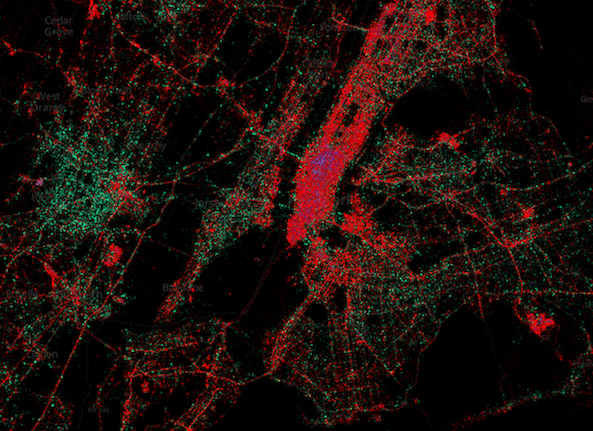 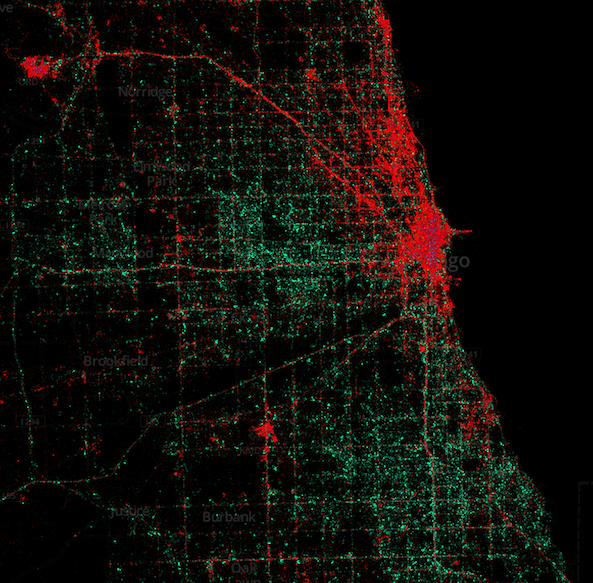 Interestingly enough (or unsurprisingly, depending on who you ask), the data shows that iPhone use is more prominent in upper-income parts of cities (and central business districts), and Androids are more dominant in lower-income areas.

If you want to see more, The Atlantic has a nice writeup showing some other interesting data that you can pull from the maps. Or you can just hop on over to MapBox and play with them yourself (warning, it’s actually kind of addicting).