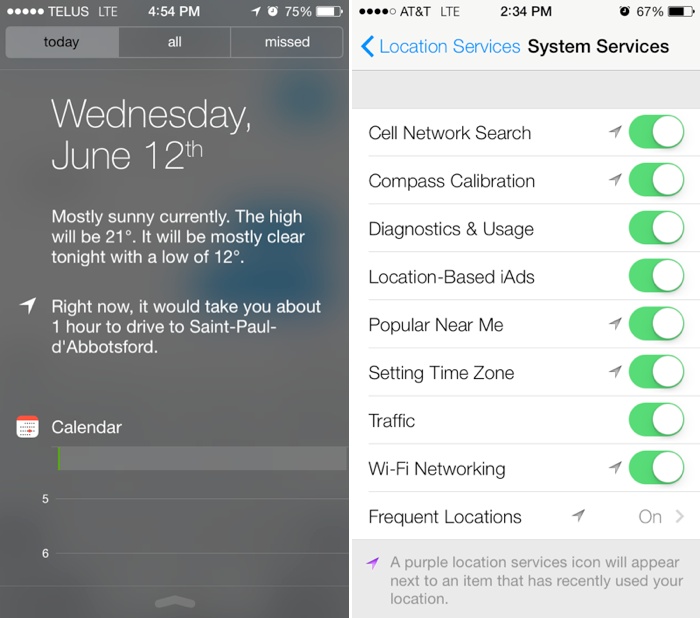 Alongside the sweeping changes in iOS 7, Apple gave its Notification Center a complete overhaul. It’s been divided into three sections, it no longer sports a linen background, and it’s lost a few features, such as the handy Weather widget.

But it’s also gained some nice features, such as the new ‘Today’ view. The column offers up all kinds of useful information including stock prices, Calendar events, and apparently, traffic information for your frequently visited locations…

So it looks like this ‘Frequent Locations’ thing stores information about places that you have visited multiple times, and the toggle appears in the Location Services section of the Settings app alongside another new location option called ‘Traffic.’

The two data collectors work in tandem to provide you with concise traffic information in the ‘Today’ stream of the Notification Center, such as ‘Right now, it would take you about an hour to get to work.’ It’s unclear, though, what triggers the alerts.

To me, the feature looks very similar to some of the location and other context-based stuff that Google is doing with Google Now. For instance, if you tell Google Now you have a flight coming up, it will check the traffic en-route to your airport for you.

And here’s another cool feature of the Today stream discovered by a MacRumors reader: 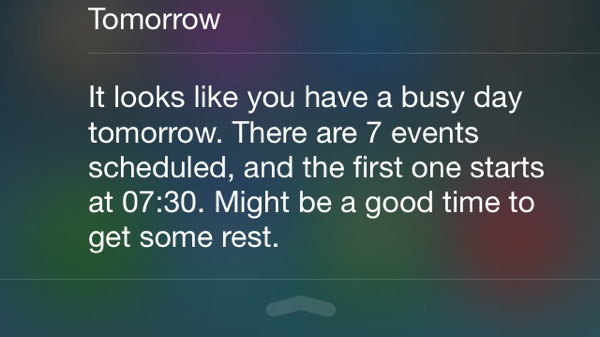 By themselves, these things may seem insignificant. But together they provide evidence that the Today view, and more importantly iOS 7, is a lot smarter than I think anyone thought at first. And it also suggests that Apple has plenty more surprises in store for us.