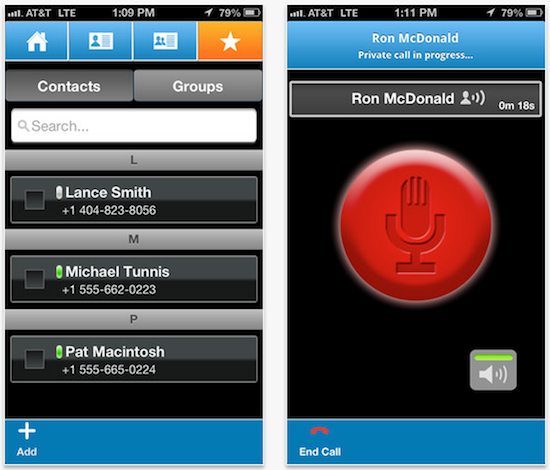 AT&T’s big announcement got lost somewhere in the cracks of the onslaught of WWDC news yesterday. The carrier launched a new iPhone app this weekend that brings enhanced push-to-talk (EPTT) to the popular handset.

Previously, AT&T offered a PTT App for Android, but it only worked on a few devices. But with Sprint on the verge of closing down its Nextel network, which offers a similar feature, AT&T figured they’d go after iPhone users too.

Of course, third party apps like Voxer have been doing PTT on the iPhone for quite some time now. But AT&T says that it’s the first carrier to offer the service on the handset, and it believes its features and integration will set it apart.

For what it’s worth, I played around in the app for a bit and didn’t notice anything special. But if you’re looking for an iPhone PTT solution, it’s worth checking out. You can find AT&T Enhanced Push-To-Talk in the App Store for free.