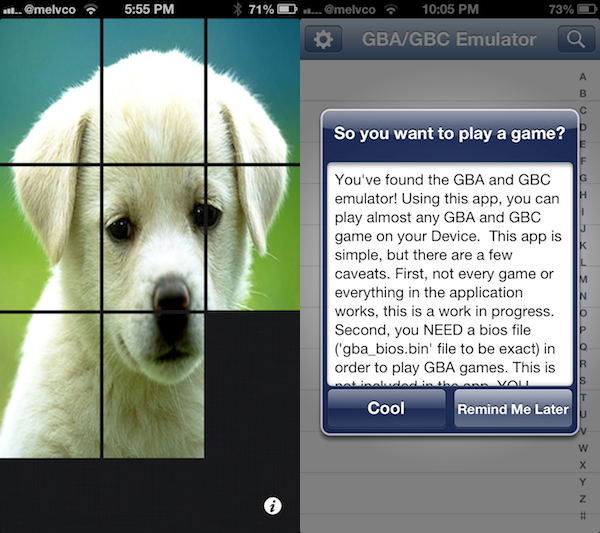 At a high level, Slider Puzzle looks like a simple puzzle game. But it’s hiding a secret. Concealed underneath its unadorned surface sits a full-featured GBA/GBC emulator that allows you to play some of your favorite ROMS.

Now, this isn’t the first time an app like this has landed in the App Store. In fact, just last week we told you about an app with a hidden tethering feature. But we’re still talking about an emulator here, and it doesn’t require a jailbreak…

Like most apps of this nature, the secret feature is accessible through a series of strategically-placed taps. Once you’ve downloaded Slider Puzzle, and launched it, tap the Settings icon (a circled ‘i’) in the bottom righthand corner. 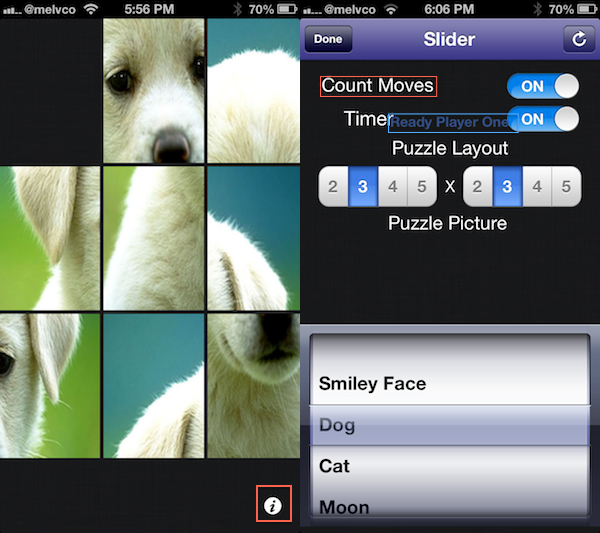 After the settings menu opens, locate the ‘Count Moves’ text in the top lefthand corner and tap it 5 times. If it’s not working, try tapping directly on the word ‘Count.’ If done correctly, the hidden ‘Ready Player One’ link will appear.

Tapping this link launches the emulator. Here you’ll see all of the ROMs you’ve added via iTools or any other iOS file explorer. We can’t recommend places to download these things, as we don’t condone piracy, but they’re fairly easy to find.

As usual, if you’re interested in the app, you’ll want to grab it quickly. Apple has a track record of pulling apps like this almost immediately after they’ve surfaced. For the time being, Slider Puzzle is available in the App Store for $1.99.