Last month, it was reported that Apple held a town hall meeting to discuss upcoming changes to its AppleCare service. One of the bigger changes noted was that it was going to be doing more in-store repairs on iPhones.

That change went into effect this week, as we reported on Monday that Apple is starting to repair iPhone 5 screens in store for $149. And in case you were wondering how they do it, here’s a photo of the crazy machine… 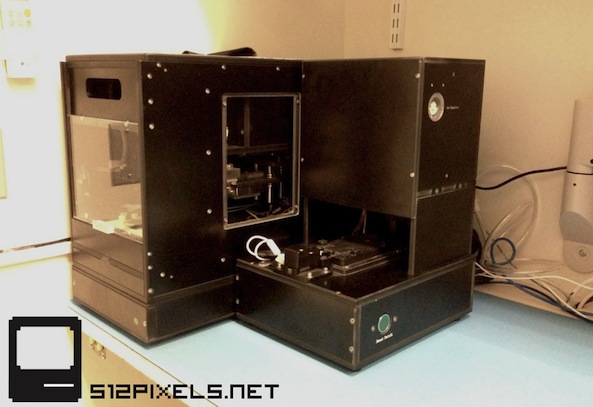 Alongside the photo, the site posted some additional details about the machine:

“From what I’ve heard, Apple Stores have been instructed that the iPhone is the “top priority” for the Genius Bar, and this new repair — and crazy machine — surely reflects that. In addition to the program changes, many stores have Geniuses that are dedicated to iPhone repairs for sections of their shifts. In short, Apple is pouring resources in to in-store iPhone repairs.”

Though costly, the new machines are designed to save the company over $1 billion per year in replacement devices.  Now instead of swapping customers into a totally different phone, they can just repair the broken one in-store.

It’s not a bad deal for customers either, who can now get their iPhone 5 displays fixed for $150 instead of paying the usual $229 out-of-warranty repair fee.