Apple Tuesday released an 80-page report detailing the economic benefits of Apple’s current headquarters. Along the way, the iPhone maker hopes a peek at the potential flood of cash headed toward local government coffers will help gain city approval of its upcoming iSpaceship campus.

Among the highlights: Apple maintains a local payroll of $159 million for 16,000 employees, making it the largest sole employer in Cupertino. Creation of Apple’s Campus 2 (aka iSpaceship) would create 7,400 “new high-quality jobs.” And, new campus construction will add 9,200 full-time construction jobs to the local economy over a three-year period, the report adds…

The report is titled ‘Economic and Fiscal Impacts Generated by Apple in Cupertino – Current Facilities and Apple Campus 2.’ The table below is pretty self-explanatory.

Among the more interesting points made in the document is the impact Apple employees have on local spending and the company’s sizable impact on the Cupertino tax base. 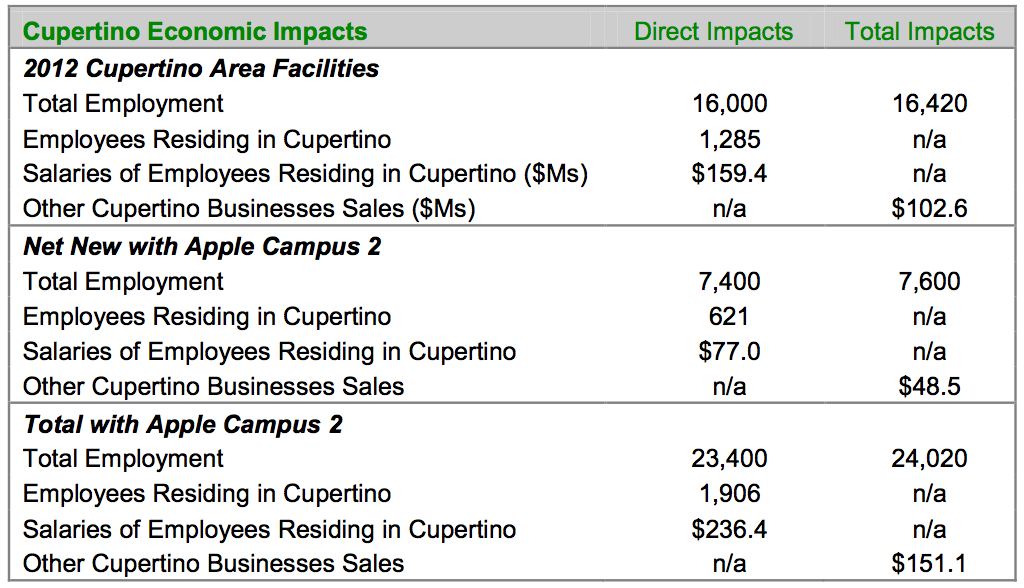 The city also could directly benefit from Apple’s expansion, including increased tax payments and departmental assistance:

The report emphasizing the tax advantages of allowing the new campus to be built follows Apple CEO Tim Cook’s testimony last week before a Senate subcommittee.

Apple: Cupertino-based employees $2B salary in 2012. On completion of $AAPL Campus 2, base salary will exceed $2.9B @cnbc 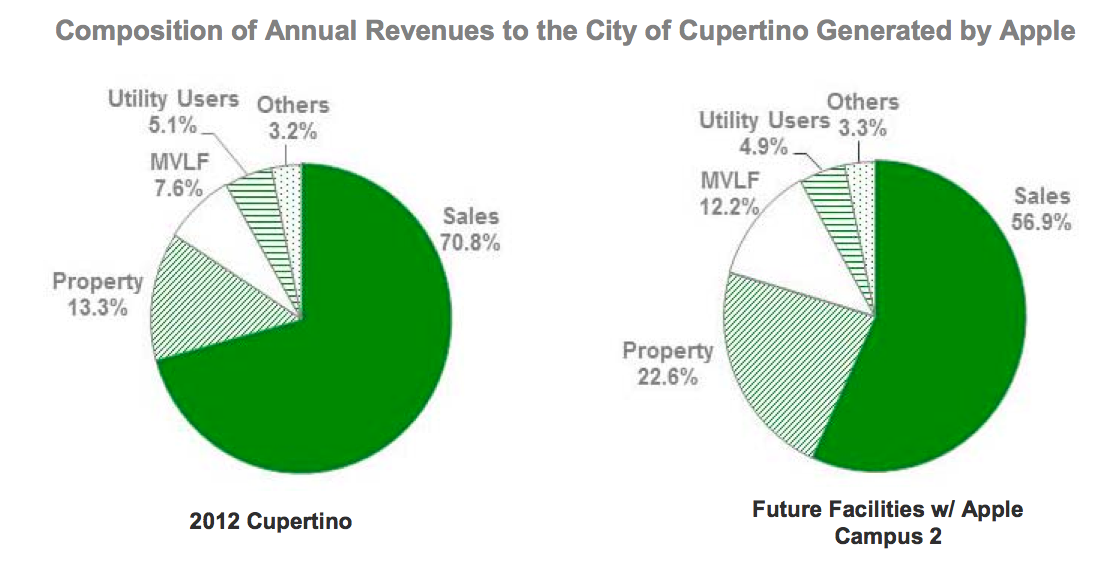 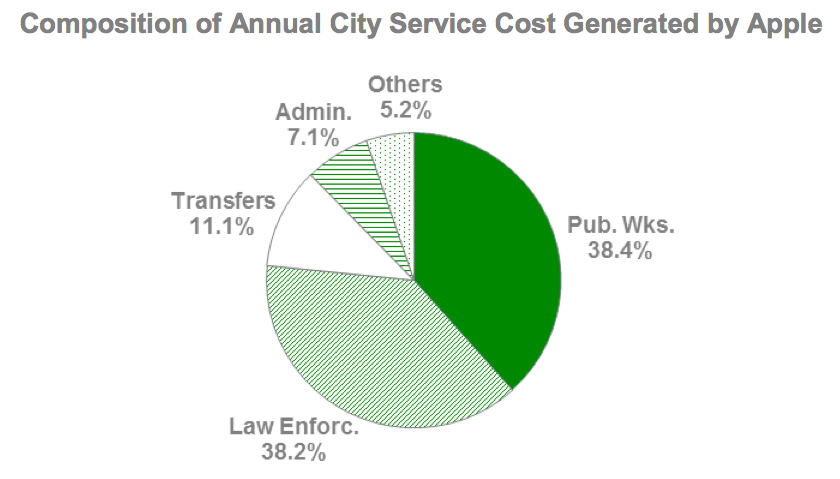 Apple is also thought to be doubling lobbying efforts on tax fights.

The full report can be found on Apple’s website.