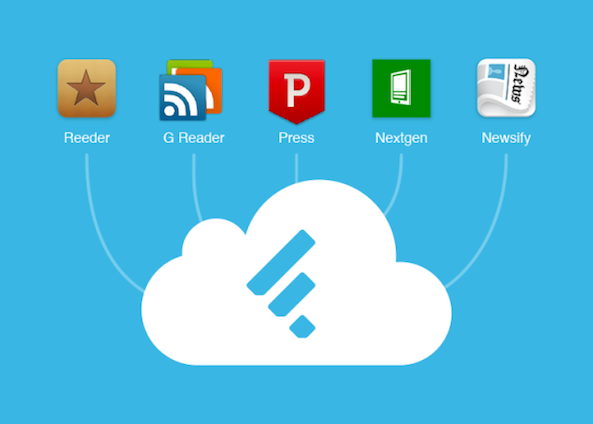 When Google announced earlier this year that it would be shutting down Google Reader this summer, Feedly stepped up and said it was working on a clone of Google’s RSS API that would help make user transition from Reader to Feedly “seamless.”

Today, the cross-platform news aggregator offered up more details of the clone—codenamed Normandy—by way of a new blog post. Apparently it already has a number of apps on board for the project, including popular Google Reader client Reeder…

Here’s an excerpt from the blog post via MacStories:

“We are also hearing from users that saving their feeds is not enough: One of the key features of Google Reader was that they had an ecosystem of apps – apps that people love and depend upon.

We have been working behind the curtains with the developers of Reeder,Press, Nextgen Reader, Newsify and gReader as design partners for our Normandy project[1]. Today we are excited to announce that you will be able to access your feedly from all these apps before Google Reader retires and that the access to feedly API will be free. More details soon.”

Although a number of other third-party RSS services have sprung from the woodwork since Google announced Reader’s retirement, it seems like Feedly has taken the lead. Word has it that it added more than 3 million new users following the news.

But if you’re not a Feedly fan, you’ll be happy to know that MacStories says it has spoken with the Reeder developer and he is also planning on eventually adding support for Feed Wrangler to the app. Wrangler, another RSS service, launched back in April.

Unfortunately, there’s no word on when Feedly’s ‘Normandy’ project or the Reeder updates will be available. But with Google Reader scheduled to go dark on July 1st, we imagine they can’t be too far off.