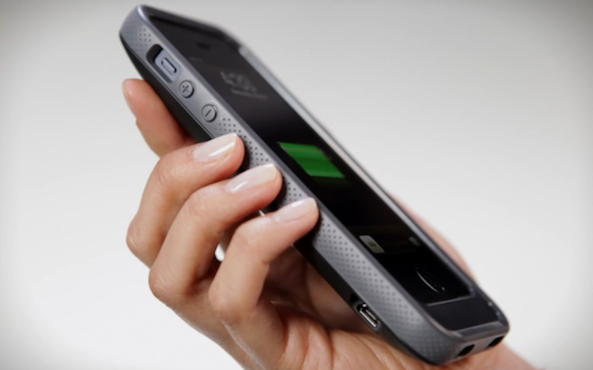 Belkin, a California-based maker of consumer electronics and accessories, today announced its first entry into the iPhone 5 battery case space with the Grip Power. Similar to Mophie’s popular Juice Pack line, the Grip Power is a case that has a built-in backup battery.

The Grip’s power block is of the 2000mAh variety, which Belkin says is good enough to double the battery life of your late-model iPhone. And with its shock-resistant outer shell and anti-glare camera ring, it makes for a decent case in terms of protection as well…

“Smartphone users are becoming increasingly dependent on their devices, and Belkin’s new Grip Power Battery Case for iPhone 5 provides the perfect solution for people who are constantly using their iPhone for apps, videos and browsing the web. Reliable battery life is critical for on-the-go users who need their phone to keep up with their connected lifestyle,” said Christopher Bodmer, product manager at Belkin.

The powerful 2000 mAh battery capacity of the Grip Power Battery Case doubles the iPhone 5’s battery life so users can talk, text and browse the web twice as long on one charge than with the iPhone alone.”

Also like Mophie’s Juice Packs, the Grip Power gets its power from a Micro USB cable. And if you plug it in with your iPhone still attached, you can charge both the case and the handset at the same time. That’s a fairly standard feature these days, but still worth mentioning. 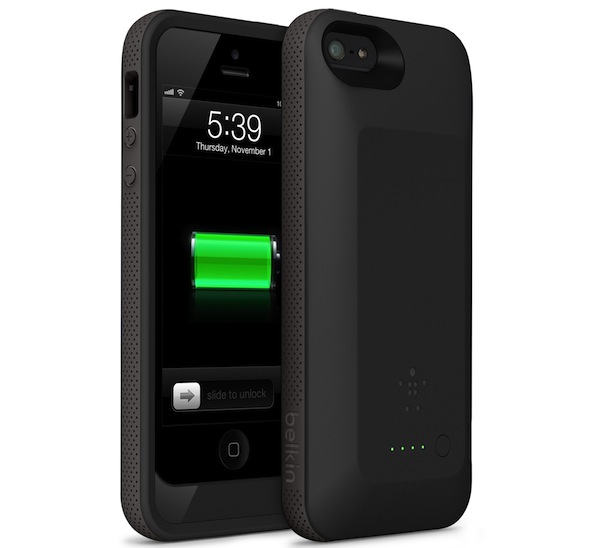 Unfortunately, Belkin doesn’t offer up any dimensions for its new case, or estimated hours of usage, so we have little data to use in comparing it with other battery case offerings. But with an MSRP of $99.99, it does come in $30 cheaper than Mophie’s 2100mAH case.

If you’re interested in the Grip Power, you can find it in Belkin’s web store or at BestBuy.com. It comes with a headphone adapter and is available in four color combos: Civic Blue/Stone and Purple Lightning/Fountain Blue, Blacktop/Gravel and Whiteout/Blacktop.

What do you think of the new Grip Power Battery Case?