It’s easy to get caught in the trap of assuming the iPhone is Apple’s fastest-growing product. Although the iPhone sold more units than the iPad – after all, it’s been available since 2007 whereas the iPad debuted three years later – the Apple tablet is growing three times faster than the iPhone.

This is just one of the many interesting factoids from Internet Trends, an annual report on the state of the Internet, mobile and social by Mary Meeker, one of the world’s top Internet analysts. Read on for more tidbits…

Here’s a chart which best illustrates the gap. 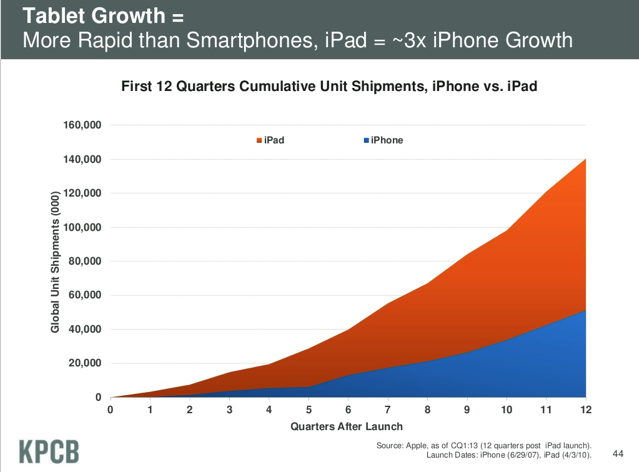 iPad has grown three times faster than iPhone did. This might be the most overlooked/underestimated fact about Apple today.

iTunes U isn’t doing too bad either. 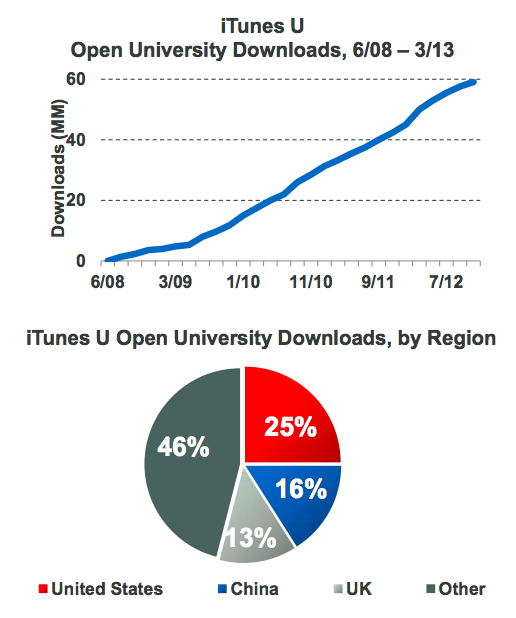 Apple in late-February announced that cumulative iTunes U downloads topped one billion, with 250,000 students enrolled in the service and content from 1,200 colleges, universities and K-12 schools. As for competition, Apple pales in comparison with Samsung’s incredible growth. 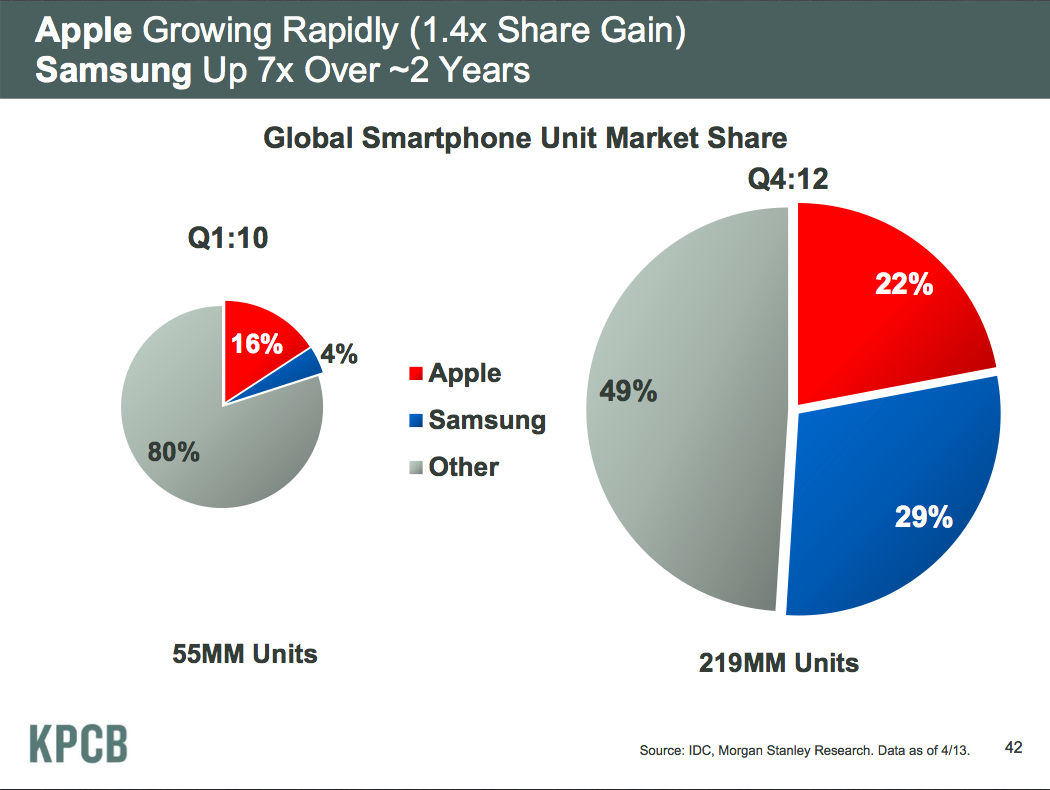 The following slide really tells how the iPhone changed everything. 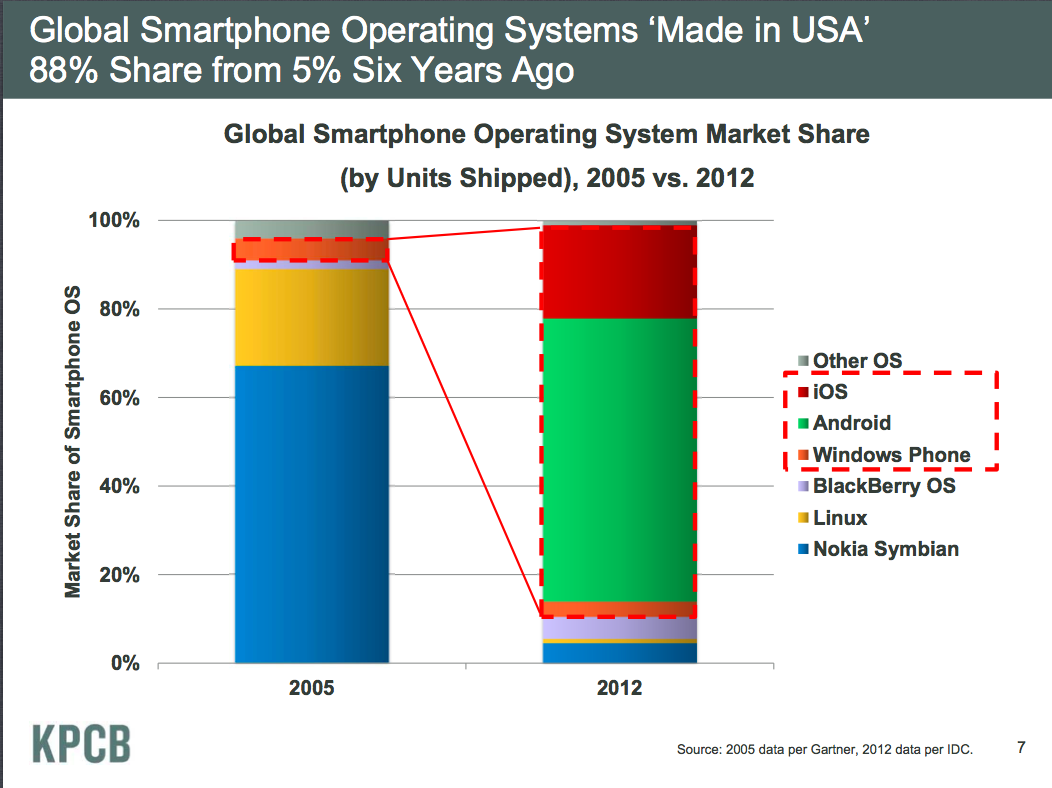 And this is who’s who in desktops, notebooks, tablets and smartphones. 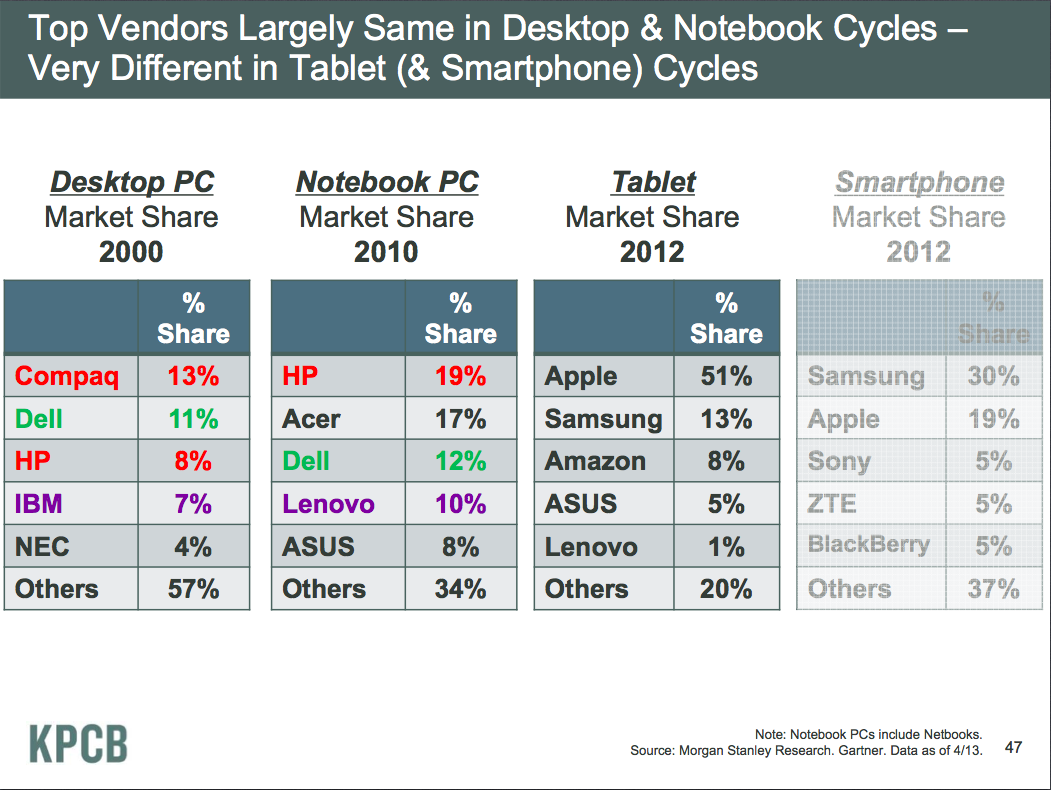 The post-PC revolution is happening, make no mistake about it.

Although the above table doesn’t show it, most vendors in the desktop/notebook space are seeing very little growth amid market contraction, as opposed to the meteoric rise of post-PC world device (i.e. smartphones and tablets).

And guess who has the most to lose in this brave new post-PC world? That’s right, Microsoft and Intel. It’s astounding that Apple’s iOS and Google’s Android combined control 60 percent of the computing OS share versus 35 percent for Windows. 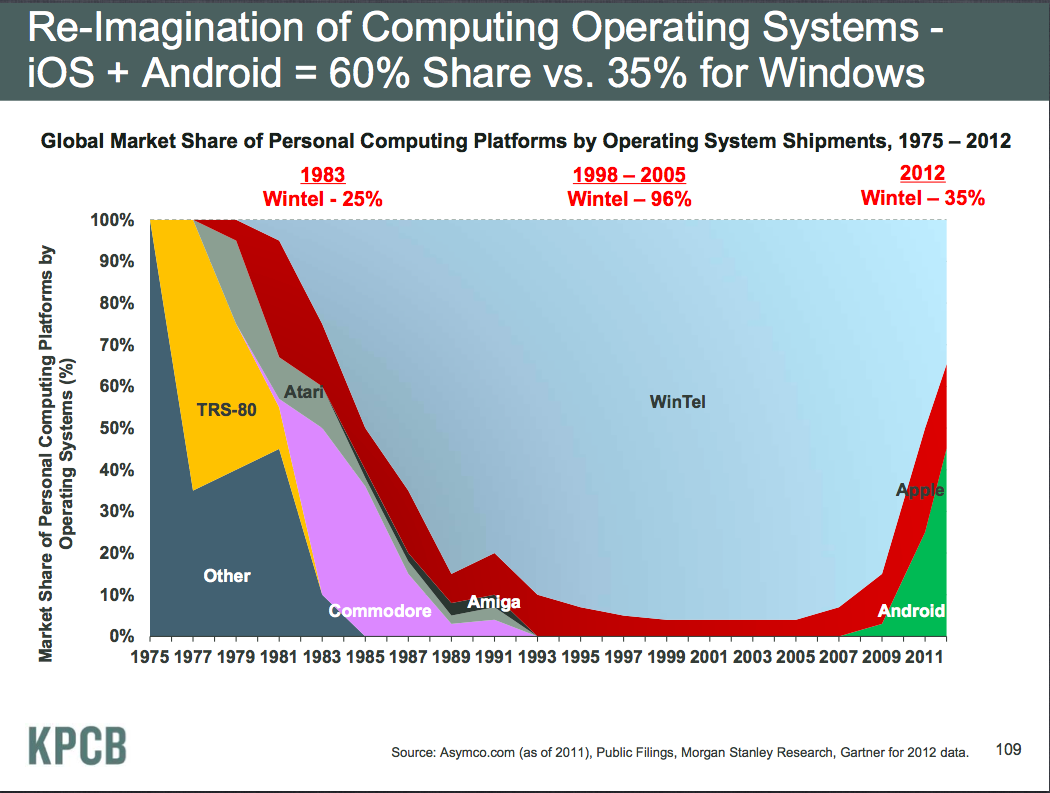 What a difference a few years make! And if it’s worth anything (these things change fast), here are market cap rankings of the world’s top tech brands. 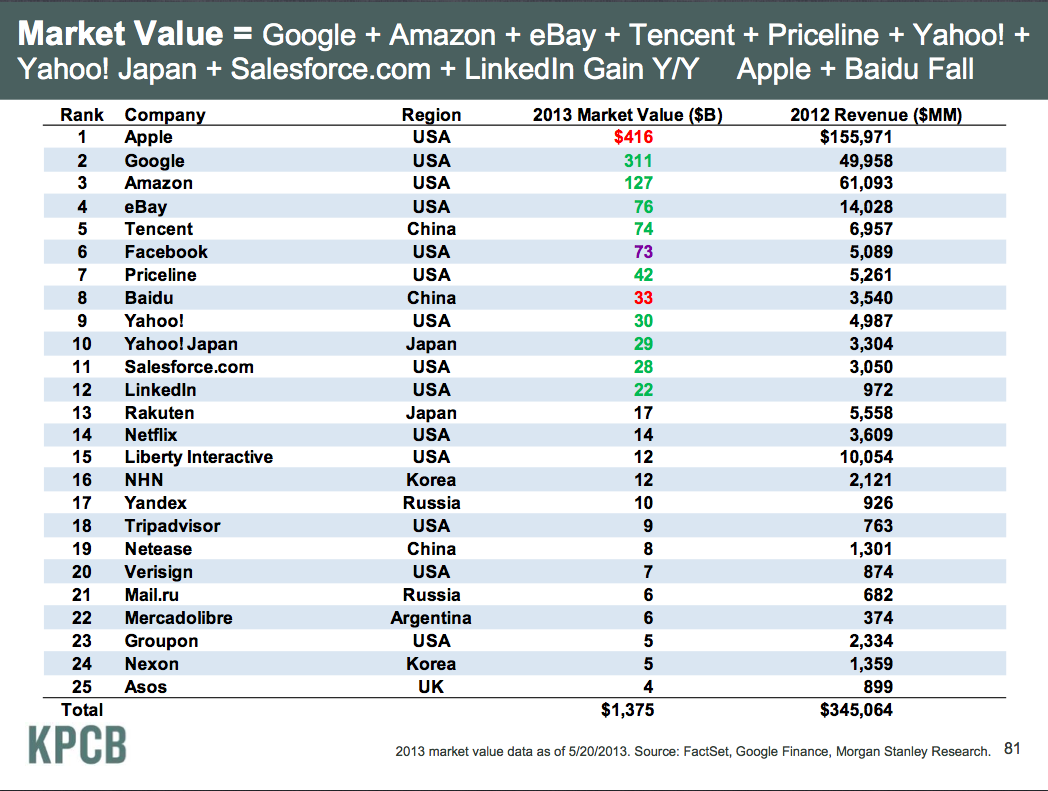 Meeker’s full presentation has 117 slides, of which notably more than a dozen are Apple-related.

I’ve embedded the full deck below.

You can also check out the slides over at the web site of venture capital firm Kleiner Perkins Caufield & Byers.

If you prefer video, block out 23 minutes of your life and watch Meeker’s rapid-fire delivery of the slides at the D11 conference.

Other tidbits include (via Fortune) 500 million photos being shared online every day (small wonder Apple is advertising the iPhone as a camera), Snapchat leading the growth of photo-sharing and mobile still making up just 15 percent of all Internet traffic.

But make no mistake about it, mobile is all that matters – with an astounding 1.5 billion mobile subscriptions worldwide, up by about 400 million in the past year, companies with a strong foothold in mobile technologies are best poised for gains.

A good example is Facebook, whose mobile revenue grew by 54 percent and even though its average per-user revenue was down for desktop, on mobile it’s rising.

The full deck has a bunch of eyebrow-raising facts and data points so I urge you to check out the slides or save them for later.